The #1 Post That Never Should Have Been Written – Pastor Betty Rendón Deportation December 31, 2019 Leah D. Schade

I recently learned that my piece on Pastor Betty Rendón was the #1 post on Patheos for 2019. It is a bittersweet honor. This story should never have happened. I shouldn’t have had to write this piece.

Trump’s ICE Targets Lutheran Minister, Betty Rendón recounts how Betty Rendón, a Lutheran minister, was arrested along with her family when U.S. Immigration and Customs Enforcement (ICE) agents raided their home at gunpoint in Chicago on May 8, 2019, terrorizing her daughter and granddaughter in the process.  Rendón was a candidate for ordination in the Evangelical Lutheran Church in America serving as a Synodically Authorized Minister at Emaus Church in Racine, Wisconsin.  She was beginning doctoral studies at the Lutheran School of Theology at Chicago.

The family fled to the U.S. in 2004 and applied for asylum after Rendón’s life was threatened during the civil war in Colombia.  She was a principal at a school where guerrilla members threatened to kill her because she was opposing the group’s efforts to recruit students.  But her asylum petition in the U.S. was denied because the police in Colombia refused to provide the paperwork. ICE issued a removal order in 2009.  The order was never enforced until that fateful May morning.  Her deportation to Colombia on May 28 is a shameful mark upon this country.

Two other of the top posts on my EcoPreacher blog for 2019 were related to the original story.

Pastor Betty Rendón is Slated for Deportation – Why This is Crossing a Line, written just before Pastor Betty and her husband were deported, takes on the arguments of many who said that her deportation was justified.  I countered by pointing out that there is documented evidence that the Trump administration is targeting peaceful, law-abiding persons who have sought refuge in this country. Those who are working with these targeted communities believe that this is part of a larger strategy to create fear.

When God Breaks the Law: Immigration, Asylum & Pastor Betty Rendón examined this dilemma from a scriptural and theological perspective.  I used Act 11:1-18 to explain that the human laws regarding immigration must not supersede God’s law of love and mercy.  The just and humane path in this case would have been to allow Pastor Betty – a woman with no criminal record who was contributing a great deal to her community – to stay and live in peace with her family.

How are Pastor Betty and her husband doing now?

According to my friend Francisco Herrera who first alerted me to this story back in May, “She’s doing relatively well and living peacefully outside of Bogota. She has a fair amount of family and friends so that’s helped – but it’s still pretty rough. Basically everything was taken from them.”

If you would like to assist the Rendón family, visit: https://www.gofundme.com/f/68tfv-10000 to make a donation.

The Slaughter of the Holy Innocents: Don’t Look Away 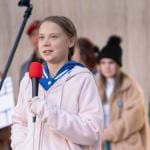 December 30, 2019
Greta Thunberg Compels Us All to Be Prophets
Next Post 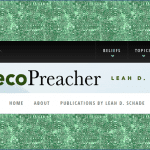 Congratulations, President Trump: You Got Your...
Freelance Christianity
Books by This Author Books by Leah D. Schade