I’m the co-founder of a network of faith leaders called the Clergy Emergency League (CEL).  We provide support, accountability, resources, and networking for clergy to prophetically minister in their congregations and the public square in this time of political upheaval, social unrest, and partisan division.  With a potentially explosive election season on the horizon and the ongoing trauma of the Covid-19 pandemic, I wanted to find out how these clergy are coping with pre-election stress.

I asked the members of the CEL Facebook group to rate their stress level on a scale of 1 – 5 (5 being the highest).  Then I asked how they’re coping with this stress.  Here’s what I learned.

While this is an informal poll from a very small group of clergy, there’s important information here.  This graph gives us a window into the state of mind of some pastors in this pre-election period.

We can see from this chart that nearly half of pastors rated their stress level at a 4 or 5.  But some respondents said that the scale wasn’t big enough to contain their stress level!  24% of these clergy indicated that they are “off the chart” when it comes to the anxiousness and concern they are feeling at this time.

Combined, nearly three-quarters of the clergy in this informal poll said that they are experiencing high levels of stress and anxiety in the lead-up to the election.

What clergy are worried about

Many clergy are concerned about how to pastor their congregations through the post-election season.  They are already under a tremendous amount of strain from learning how to pastor in a pandemic. Many of their congregations are already divided on issues around in-building worship, masking, and just keeping the church going.  As well, many are worried about their  access to healthcare, especially as at-risk churches slash budgets or even close.  Add in the political divides, and the stress fractures become even more pronounced.  Throw in existential concerns about the survival of democracy and the threats to vulnerable people, and for some, the strain is almost unbearable.

Also, for those who have survived sexual, physical, or emotional abuse, the thought of another four years with the current president is terrifying.

The stress of moral injury

But even for those who are relatively “safe” in terms of their race, gender, sexuality, and access to healthcare, there is another stressor that roils the conscience of many pastors.   It’s called moral injury.

According to the National Center for PTSD (Post-Traumatic Stress Disorder), moral injury is what happens when people witness events that “contradict deeply held moral beliefs and expectations.”

NCPTSD’s Sonya B. Norman, PhD and Shira Maguen, PhD, explain that when it comes to moral injury, “Individuals may experience betrayal from leadership, others in positions of power or peers that can result in adverse outcomes. Moral injury is the distressing psychological, behavioral, social, and sometimes spiritual aftermath of exposure to such events.”

Feelings of guilt, shame, and betrayal are common in moral injury. And for clergy who are trained to adhere to the moral teachings of their scriptures and faith communities, the moral injury experienced during the last four years has been painfully acute.

Moral injury also heightens concerns about the safety of BIPOC citizens, the loss of rights for LGBTQIA+ folks.  The idea of a continuation of policies that deny the climate crisis, put babies in cages, and ignore a pandemic causes incredible stress for many pastors.  Add to this the knowledge that the criminal activities committed by this administration have largely gone without consequences or justice, and the moral injury is compounded.

How clergy are experiencing pre-election stress

Some of the pastors in the Clergy Emergency League group reported experiencing symptoms of high anxiety such as sleeplessness, hyper-awareness, teeth-clenching, and panic attacks.

“I’m not sure how much more I can take,” was a repeated refrain.

Others admitted, “Honestly, I’m not doing a good job of coping.”

Even expectations of being able to cope can add to the stress.

That’s one of the difficulties of this time for pastors.  We can’t just be “chaplains” in the midst of the disaster who go home from the catastrophe at the end of the day.  We’re living it right along with our parishioners.  And sometimes our parishioners are giving us the most grief as we’re trying to minister.  So it’s doubly, sometimes triply stressful.

In other words, this is not a “buck up little camper” moment. Rather, it’s a time for deep listening and sitting in the sh!t together in solidarity and “unreasonable hope.”

That being said, I did ask clergy to share how their coping with pre-election stress.  Some of these ideas may help you as well.

And perhaps my favorite, one that I had not heard of before:  therapeutic log-throwing!  “The grass doesn’t care, and it doesn’t hurt the log!”

One pastor, Leah Robberts-Mosser, said that she is encouraging both parishioners and clergy colleagues to adjust their expectations when it comes to the election.

“We have to set aside the expectation that we will go to bed on election night knowing who the winner is in the Presidential race.  This election is going to be contested.  So we have to mentally prepare ourselves for the reality that November 3 will not be the end of this,” she said.

She also noted that the fueling of White Supremacy means that we will likely need to prepare ourselves mentally, emotionally, and spiritually for some level of chaos and even violence.  It’s important for clergy to communicate messages of non-violence while also insisting that all votes be counted.  “In any case, this is not a race to election day — it is a marathon that will require our sustained energy.”

[See:  Keep the Faith: Count Every Vote.  This is fantastic resource by Faith in Public Life for clergy in the post-election season.]

Many respondents noted that one of the most effective ways they’re dealing with stress is by talking with trusted colleagues.  Commiserating helps reduce the load. Knowing that there are other clergy who support you in your work can help to alleviate feelings of isolation and reduces stress.**

Above all, know that your work as a faith leader matters! Your leadership is important, and God will use your gifts in this pre-election season and beyond.  Thank you for your ministry and hold fast to the grace of God!

**Several ministers named the Clergy Emergency League Facebook group as being a helpful resource for dealing with stress.  This private group is available to those with a clergy-level leadership role within their congregations, including seminarians, deacons, and retired pastors.

If you’re a clergy person and would like to join our private FB Group, click here to request membership. If you request to join, please make sure to answer the entrance questions.

Read next — Clergy: Prepare for the Post-Election Season Spiritually, Emotionally, and Physically 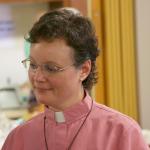 October 25, 2020
Haunted by Goodness: Mister Rogers and the Love that Won’t Let Go
Next Post

A night with Lot in Sodom,...
slacktivist
Books by This Author Books by Leah D. Schade 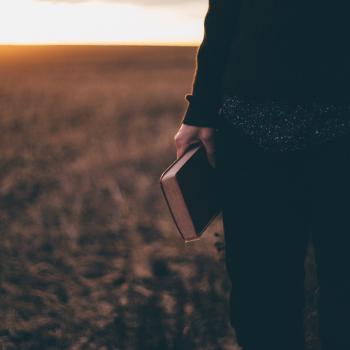 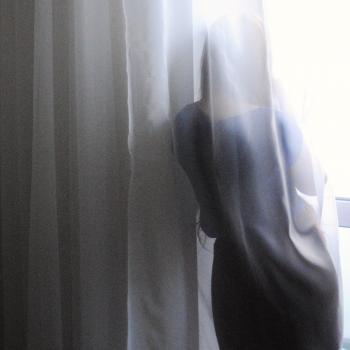 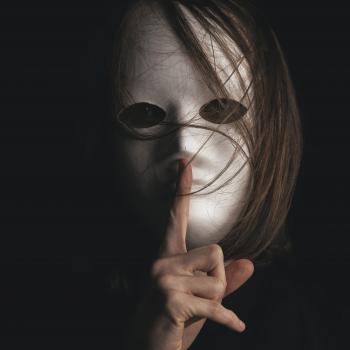