The Removal of Rev. Rabell-González: A Case Study in ELCA Corruption and Racism

On Sunday, Dec. 12, 2021, Bishop Megan Rohrer and the Synod Council of the Sierra Pacific Synod of the Evangelical Lutheran Church in America (ELCA), removed the Rev. Nelson Rabell-González from his call as pastor of Misión Latina Luterana in Stockton, California.

More than 100 Latinx women, men, and children had gathered in the sanctuary that morning prepared to celebrate with their beloved pastor on the most sacred day in Hispanic culture, the feast day of the Virgin of Guadalupe.  Instead, they were told that his call had been vacated.  Why?  Had Rev. Rabell-González been accused of a crime?  Was he a danger to his congregation? No.

Rev. Nelson Rabell-González was fired from his position in retaliation for refusing to comply with a corrupt, racist ecclesial system that has sought to silence, muzzle, humiliate, and professionally crucify him for the past year.

Full disclosure: I write this as a white, cisgender, heterosexual female who is ordained in the ELCA. Rev. Nelson Rabell-González has been my friend and colleague since we were both MDiv students at the Lutheran Theological Seminary at Philadelphia (now United Lutheran Seminary) in the 1990s.  So my perspective on this is informed by my friendship and professional relationship with Rev. Rabell-González and by my conversations with him since this saga began more than a year ago.

But it is precisely because of what I know about Rev. Rabell-González as a pastoral colleague and friend that compels me to vouch for his integrity and ethical character. This knowledge also compels me to call out the corruption and racism within the denomination we both serve.

There are details about Rev. Rabell-González’s case that I cannot yet share because they have not been made public.  But here is what I can say based on publicly witnessed events and information that is in the public domain.

At the 2021 Sierra Pacific Synod Assembly, Rev. Rabell-González was a candidate for bishop.

On May 7, instead of giving his speech to share his vision of leadership for the synod, he was forced to respond to allegations made against him while he was serving as Associate Pastor at St. Paul’s Lutheran Church in Lodi, California. Just one day before the Assembly (note the timing), former Bishop Mark W. Holmerud informed Rev. Rabell-González he was being accused of mistreating a pastoral intern and staff members of his former congregation.  You can watch Rev. Rabell-González’s 5-minute response here at minute mark 1:16:28.

In his speech, Rev. Rabell-González clearly stated that he welcomed a full investigation and that he had evidence to clear his name.  He also shared that several prominent members of the congregation had told the church leadership they would withdraw their financial support from the church because of his involvement with Black Lives Matter and migrant rights.  Rev. Rabell-González was asked to resign by the church’s executive committee and the senior pastor, Rev. Mark Price.  Note that there was no indication of accusations against Rev. Rabell-González at that time. Note, as well, that Rev. Price was also a candidate for bishop at this assembly.

Rev. Rabell-González revealed in this speech that the church’s executive committee and Rev. Price wanted him to sign a non-disclosure agreement (NDA) in exchange for leaving the church with three month’s pay. He also stated that he had sent a copy of this NDA to ELCA Presiding Bishop Elizabeth Eaton.

“I did not sign the NDA, nor did I accept their monetary offer,” Rev. Rabell-González stated.

“I was not willing to support systemic racism in any way, so I resigned on my terms.  I am not perfect; I’m just a sinner in need of God’s grace.  But these allegations are a character assassination brought up exactly one day before this assembly.”

“The intentions are clear,” Rev. Rabell-González continued.  “Any person of color here can tell you how hard it is to dismantle racism and bigotry specifically in this region of the Central Valley in Lodi, California, and the backlash that many of us as people of color, LGBTQI+ community, and other vulnerable communities have received.”

Rev. Rabell-González then held up an article in the L.A. Times dated Nov. 10, 2020: “Activism stirs ‘scary’ backlash in small town,” which you can read here.  The article by Anita Chabria notes that Rev. Rabell-González is an Afro-Caribbean Lutheran minister who planned “some of the first racial justice marches to ever take place in this agricultural outpost.” In response to the police murder of George Floyd in May 2020, Rev. Rabell-González and others staged protest events and started an organization called A New Lodi to advocate for progressive causes.  As a result, he and other organizers received “death threats, calls to have them fired from jobs, and conspiracy theories about their motives and personal lives.”

Four months later in March 2021, Rev. Rabell-González was, in fact, forced to resign from St. Paul’s.

Fortunately, he immediately began a new call as the mission developer of Misión Latina Luterana.  There he has built up a thriving community that has hosted Covid vaccination clinics, given out food and financial assistance to struggling families, and ministered with God’s word and the sacraments to congregants of all ages.

Yet, two months after he began that position, he was publicly humiliated at the Synod Assembly by having to respond to allegations that, to this day, have not resulted in any charges against him.  Not surprisingly, Rev. Rabell-González lost his candidacy for bishop.  At the end of the assembly, Rev. Megan Rohrer (they/them) was elected, the first openly transgender bishop in the ELCA.

We might wonder why Rev. Rabell-González (he/him) was made to speak to unfounded allegations while his colleague, Rev. Megan Rohrer was not made to discuss the lawsuit against them as the pastor of Grace Lutheran Church in San Francisco.  That lawsuit alleged that they used funds from an infant care center to pay their salary, which you can read about here.  We might also wonder why Rev. Mark Price (he/him) was not made to speak to the allegations against Rev. Rabell-González, seeing as he is senior pastor of St. Paul’s and was involved in the NDA. And we might wonder how it was that the former pastoral intern was placed in Rev. Rabell- González’s position immediately after he left.

These are just some of the many questions that swirl around this entire saga which need to be addressed.

Of course, there will be many who will try to frame this as a he-said-she-said-they-said conundrum that will pit Latinx Lutherans and LGBTQIA+ Lutherans against each other and against the church.  This is exactly what the hetero-white-racist-patriarchal system wants.  When the Latinx and the LGBTQIA+ communities are battling each other, they are distracted from fighting against the system that continues to oppress both groups.  When Rev. Rabell-González is forced to defend himself against unsubstantiated accusations, that is all the less time he has to devote to his ministry to migrant farm workers, undocumented persons, and immigrant rights.

But the truth will come out because it always does . . . eventually.

As Jesus said, we shall know the truth, and the truth shall make us free (John 8:32).  Rev. Rabell-González wants the truth to be told.  If he didn’t, he wouldn’t have called for a full investigation from the very beginning.  Because he has nothing to hide, he has asked repeatedly for due process to clear his name.  But neither Bishop Mark W. Holmerud (he/him) nor Bishop Megan Rohrer have allowed that process to happen.  We must ask why this is the case.

In the meantime, the damage done to the relationship between the Latinx community and the ELCA may be irreparable.

To their credit, the congregation of Misión Latina Luterana walked out of the church after Bishop Rohrer announced Rev. Rabell-González’s removal.  They picked up the statue of the Virgin Mary, they gathered up the flowers, they picked up their cross, and they marched right out the door.  They spontaneously relocated their worship service to Centro Agrícola, a community-based migrant rights center in Stockton.  With full liturgical exuberance, they refused to be denied the sacredness of that day.

There will be more to tell as this saga unfolds.

But for now, recall these words Rev. Rabell-González said at the end of his Assembly speech. “I want to emphasize just two things. I am committed to the truth. I’m committed to the synod, to the church, my faith in Jesus Christ, and our collective faith in Jesus Christ.  And also to make sure that our synod and our congregations are able to open up, to welcome everyone regardless of sexual orientation, ethnic background, or immigration status.”

Until that truth comes out, however, the hope for welcome and openness in the ELCA is a distant one. 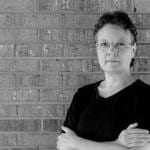 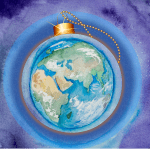 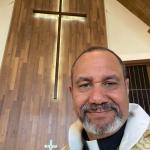 December 14, 2021 La Expulsión del Rev. Rabell-González: ELCA Corrupción y el Racismo
Recent Comments
0 | Leave a Comment
"When I succumb to skepticism, I return to the image out of Hubble of the ..."
Karen Silver God’s Creation PREACHES! Psalm 19 Links ..."
"Thanks for your encouraging words. Just to clarify, I am Rev. Nelson's friend and colleague, ..."
Leah D. Schade Pastor Nelson’s Spouse Speaks: The Year ..."
"Thank you for writing this. It is a brave and courageous act to bring the ..."
gloriamarie Pastor Nelson’s Spouse Speaks: The Year ..."
"Well I really think it's relevant and as what God commands us, we must take ..."
Don Davies Clergy Report Preaching More about Climate ..."
Browse Our Archives
get the latest updates from
EcoPreacher
and the Patheos
Progressive Christian
Channel
POPULAR AT PATHEOS Progressive Christian
1

A spy in the house of...
slacktivist
Books by This Author Books by Leah D. Schade