On Satan: Questions from M

The devil is in the details for my skeptical questioner M* who asks:

This is a devilishly clever question as it tries to put a pitchfork, I must stop, into the reality of a personal devil. The premise seems to be that the devil is a later literary construct in the New Testament. 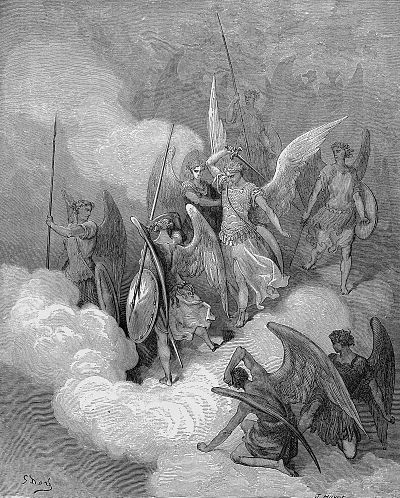 I don’t think so. There is a good reason that Satan would appear less in the Hebrew Bible and more in the New Testament without needing Satan to be doing much differently (himself) in either period.

Try a thought experiment about a different big, bad thing!

Imagine a volcano chain in the Pacific that erupts frequently. Europeans do not write about these volcanos for centuries, but suddenly start to do so in 1611 and write with greater frequency and specificity as time passes. This need not be because the volcano started existing in 1611. In fact, the volcano could have had huge impact on European weather through eruptions for centuries without getting a single mention in European texts.

How could this be true?

Obviously, because Europeans did not know the volcano chain existed! In our thought experiment the volcano chain was active before being discovered, but one cannot write about a thing one does not know exists. After discovery, the chain might be mentioned, but little would be known about the phenomenon. Finally, years of study combined with a big event (a giant eruption) put the volcano chain in the news.

Hardly anyone had heard of the place in Europe, now everyone does. Knowledge grows over time, but gets widely disseminated when there is a reason. Divine revelation is not exhaustive, but covers what it needs to cover as God reveals what God wishes to reveal and then humans make sense out of it. God was revealing Himself to His people and monotheism was hard enough to get across. . . why introduce a fallen angel like Satan?

Whatever the idols were, if they had supernatural backing, they were the main oppositional focus of the New Testament. Satan was not the story.

The ancient Hebrews were impacted by devils (if devils exist!), but that does not mean they needed to know much about them. With time and an increase in the amount of divine revelation, scholars could propose the existence of an order of sinful, non-physical beings with a leader (“Satan”). As the temptation to idolatry decreased after the Babylonian Captivity, there was space to consider other spiritual problems.

Then God became a human.

Jesus changed everything, because when humans saw and heard Him, they were seeing and hearing God in the flesh. We hit the information jackpot and learned much more about the spiritual order.

Jesus stirred up opposition, human and infernal. That combined opposition had Jesus crucified, so it is central to the accounts in the Gospel.  Satan may not have doing more, but during the time of Jesus the  devil was messing with Someone who mattered in salvation history. Satan was fully discovered by the church and his role in the crucifixion made sure that knowledge was disseminated.

When you know to look, you keep finding more data. The New Testament ends with an apocalypse and as one would expect, it is a hell of thing. The cosmos is destroyed and renewed. Satan and all other kinds of evil are destroyed and the good cosmos is renewed. The central figure is King Jesus!

In reality, not even the New Testament tells us much about Satan. As was perfectly predictable (remember the lure of idols), even what is said gets disproportionate attention at times. We are tempted by the world, the flesh, and the devil, but most of us are fond enough of the world and the flesh that we would like to reserve all the blame for the devil!

Satan exists, but Jesus is Lord.

May 31, 2017 Beauty and the Beast: A Response to a Response
Browse Our Archives
Related posts from Eidos

Hymn of the Day: Of the Father's Love...
If there ever were a perfect hymn besides those found in Holy...
view all Evangelical blogs