A Final Reflection on the Election: Celebration in the Face of Hate

When I awoke at 3:30 yesterday and stumbled out of bed to write my post (which had to be heavily edited later in the day after much coffee), I still held some small, well perhaps hope isn’t the right word since I didn’t want Clinton to be president, but belief that something would turn up and Clinton wouldn’t concede and the election would be contested. That has not happened. And frankly, I don’t know how I feel about that either.

I stand by everything I wrote yesterday, but I do still worry. I worry about the violence that is already being committed, and the violence that was being committed before Trump’s election, before his campaign, before the mid-nineteenth century. And so I think there must be room for mourning, for sadness, even for anger, though I pray this anger does not devolve into violence, but as I am not likely to be a primary target for racist or misogynistic hate, it is not possible for me to prescribe how we must respond to violence, since I am unlikely to be affected in my body by the hatred that continues to spew forth, I can only pray we don’t respond in kind. However, and I will be the first to admit that what I have just said likely plays a role in this as well, I am not a mourning person. As angry, as depressed as I can get and have been, I am, it seems a person built for joy, for celebration and it is precisely to celebration that my thoughts turn.

I have written before that I believe Christianity a feasting religion, not a fasting one. Every week in the Eucharist, we celebrate a feast of the Resurrection, we proclaim him alive and await his return, as we will soon proclaim his nativity at Christmas. We are a celebratory people and it is precisely in this capacity that I think we can do the most good. Yes, we must condemn evil and oppose it (and I have every intention of doing what I can to oppose any policies put forward by Trump that I believe go against the common good), but this must come from a place of joy, of celebration. By celebrating we say to the world that they cannot destroy us. We say to those full of hate that their hatred cannot harm us because it is a perversion of our love and patience. So I call us to celebrate, to feast, to recognize that this earthly kingdom will pass away and the heavenly kingdom, of which we are citizens, will remain.

Which brings me to Thanksgiving. It is, in essence, a rather secular holiday. Even the pilgrims who “celebrated” it in the seventeenth century must have done so as a secular holiday (since the only scriptural holiday they recognized was the weekly sabbath). Various presidents throughout our country’s history enacted days of thanksgiving, but none of these became an official federal holiday, not until Abraham Lincoln, that is. In 1863, due in part to Sarah Josepha Hale, author of “Mary Had a Little Lamb,” Lincoln announced a national day of thanksgiving for the last Thursday in November.  In the midst of war and strife, of hatred and anger, of racism and bigotry, the people of this country were encouraged to celebrate a day giving thanks to God for his good gifts. Now, I want to be explicit, this celebration is still secular at heart, and yet I think we can turn it to something sacred, or sacredish, not with the same feel or authority as Christmas or Easter, but something that reminds us to come together in the midst of strife and anger and embrace each other as brothers and sisters.

I must admit, though, that I find Lincoln’s words fitting for today. He wrote, “And I recommend to them that while offering up the ascriptions justly due to Him for such singular deliverances and blessings, they do also, with humble penitence for our national perverseness and disobedience, commend to His tender care all those who have become widows, orphans, mourners or sufferers in the lamentable civil strife in which we are unavoidably engaged, and fervently implore the interposition of the Almighty Hand to heal the wounds of the nation and to restore it as soon as may be consistent with the Divine purposes to the full enjoyment of peace, harmony, tranquillity and Union.” Lincoln was, as president, thinking only of his time and his country, and for these purposes alone, are these words still fitting for today, but I think we can transform them further, to remember that what we as Christians pray for is not simply the unity of our nation, or even of our Church (which has split not only along denominational but political lines as well), but for all the people of God, namely all people. So, this Thanksgiving when your archetypal drunk, racist uncle begins to spew forth his hate, you should rebuke him, but at the very least you should shout him down with joyous and thankful acclamations. We are ultimately a celebratory people and we should let our ability to celebrate even under adverse circumstances (remember that our forebears celebrated the Eucharist in caves and crypts as some of them were hunted down by local officials) speak louder than any hate this world and its prince (and I mean Satan, not Trump) can cacophonously shout at us. 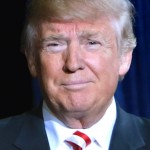 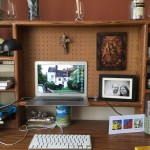