Two days ago I told you that I am going to be received into the Catholic Church. Today, I want to dig a little deeper by explaining one part of how I found myself on a road I did not expect.

“‘It’s a dangerous business, Frodo, going out of your door,” [Bilbo] used to say. “You step into the Road, and if you don’t keep your feet, there is no knowing where you might be swept off to.'” Frodo says this as he, Pippin, and Sam are making their way ostensibly to Crick Hollow in Buckland. Of course, Frodo and Sam (and secretly Pippin and Merry) know that this road is actually leading out of the Shire to Rivendell. What none of them know is that this road will take Frodo and Sam into Mordor. Now, I’ve not been swept anywhere so evil, though some might disagree, but my Road has led me to Rome. And one of the key things that has led me here is England.

I have mentioned before my anglophilia (as well as my Romantic obsession with Ireland, Scotland, and Wales), but I never realized until recently that my anglophilia was secretly leading me to the Roman Catholic Church. While it’s true that a large part of what has led me Romeward, is my own theological study, particularly of patristic period and the Middle Ages, my reading of English (and Scottish, Irish, and Welsh) fictions and fantasies has also been part of this road. Of course, it all started with Tolkien.

Tolkien’s writing is inextricably tied to his faith. From Elbereth’s similarity’s to Mary, to the prominence of March 25th (the feast of Annunciation), and more, it is easy to see how Tolkien’s Catholic faith informed his work.  As I have read and re-read much (though by no means all, thanks to the History of Middle-earth series) of Tolkien’s work every year, I think I have been slowly transformed by what I read. The recovery of how we are meant to see things in reality that is present in his work has so worked on me that I slowly, almost imperceptibly, began to move in a more catholic direction long before I had any thoughts of becoming Roman Catholic.

Lewis, too, has had this effect on me. It’s true that Lewis himself was not Roman Catholic. Nevertheless, his clearly sacramental, not to mention neo-Platonic, understanding of reality that came forth both in his works of fiction and of lay theology worked in me in ways that I could never have guessed. The world of Narnia is, of course, important in this; but in the last five years or so, it has been Lewis’ Cosmic Trilogy that has set me feet on a Road unlooked for. There Lewis shows us one way of understanding the world through Medieval eyes. The planets, the wanderers, are not just cold stone or hot gas floating in space. Behind each of them, upholding them, is an angelic intelligence, a kind of world soul, moving the planets through the fields of Arbol, dancing to a tune set by Maleldil, by God. I could not find this way of seeing the cosmos in my Protestant brothers and sisters, not in any wholistic way. I had to turn to the High Church, to Maximus and Denys, to Rome, ultimately, to find it.

Despite being the earlier writer, I came to Chesterton last of all. I first read Orthodoxy, later followed by his book on St. Francis, when I was in college. I liked reading Chesterton, but he hadn’t had the same effect on me that Lewis and Tolkien did, likely because I had not read any of his fiction. Now, admittedly, I think Chesterton the weakest fiction writer of the bunch, but he is by far the best essayist of the group (and what a dying art is the art of essay writing). Still, in Chesterton I was confronted in many ways with an almanac of Lewis and Tolkien. Here was someone willing to write explicitly of his faith, like Lewis, but who also was Roman Catholic, like Tolkien. What’s more, he was a convert from Anglicanism (a tradition for which I still have much respect and love) to Roman Catholicism. I would learn to love Chesterton more deeply as I encountered more of his works whilst living in England. It of course didn’t help that I was studying under such Angl0-Catholics as John and Alison Milbank––the latter of whom made Chesterton’s Fr. Brown stories intelligible to me who had disliked them at first––as well as Simon Oliver. These English, Anglican, catholics were teaching me to read and see the world in ways I had only imagined possible before. But then my eyes were opened to see that this sacramental, this catholic understanding of reality wasn’t something just in my imagination, but was real, was true.

A final name must be mentioned here, Stratford Caldecott. Stratford was a theologian living in Oxford while I was a student at Nottingham. He was friends with the Milbanks and an avid lover of all things Inklings and Marvel (if you ever saw the hashtag #Cap4Strat on twitter, that was for Caldecott). I sadly, never got to meet Stratford. My one opportunity––at conference in Oxford––ended without my every meeting him. Still, I picked up his book on Tolkien and loved it. So, soon I read more of his work. Here was a theologian writing seriously about the meaning of numbers, about social justice, about quantum physics and its implications for theology. Here was an author who saw liturgy, the Eucharist, at the heart of education in the way Pieper saw it at the heart of leisure, which he connected to education as well. Stratford introduced me to the spiritual meanings behind the structure of the Apostles’ Creed, the Lord’s Prayer, and the Rosary. He showed me that one could have the strange ideas I do about reality in the modern age.

I titled this post after a poem by G. K. Chesterton. It’s one of my favorites of his. I love it because it seems to me to wreak of the land of England. Chesterton uses the idea of an English drunkard having made the “[the] reeling road, [the] rolling road, that rambles round the shire.” Of course, one of the main reasons this ideal English road rambles so is because it follows the contours of the land. Yet the Road leads you to unexpected places by ways you would never have chosen. It is not a straight road, and neither has mine been. Thus, I leave you with this video of me reciting “The Rolling English Road” by G. K. Chesterton. 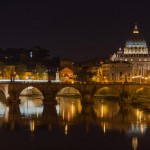 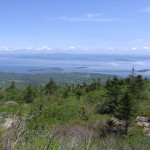 February 21, 2017 Seeing the World through the Lens of Reverence: Michael Martin Presents the Sophia Option
Recent Comments
0 | Leave a Comment
Browse Our Archives
get the latest from
Catholic
Sign up for our newsletter
POPULAR AT PATHEOS Catholic
1

You Lost Me at Kavanaugh.
Public Catholic
Related posts from Letters from the Edge of Elfland

Catholic
The Earth, Our Mother, and the Amazonian Synod
Letters from the Edge of Elfland
TRENDING AT PATHEOS Catholic