The Earth, Our Mother, and the Amazonian Synod

The Earth, Our Mother, and the Amazonian Synod August 6, 2019 David Russell Mosley

First, like so many others, I am saddened to my core at the tragedies that have taken place in Dayton and El Paso. I see so many people saying things like we don’t need more laws, or we don’t have a gun problem, we have a sin problem. Of course, many of these same people would not say that about abortion, nor would they want to follow it to is natural conclusion and say we should have no laws whatsoever. In fact, I am quite proud to say that the pastor at my parish spoke on this issue and called for politicians to do something about this, saying that of course we should pray, but we must also act. But it is on the issue of a homily I heard recently I would like to write to you.

Recently I was traveling and had the opportunity to hear a few homilies from a variety of different priests. One took the opportunity to mention the upcoming Amazonian Synod. The tenor of the homily was, frankly, so uncharitable that I nearly left. His main theme was that we should not make an idol of the environment. And with this sentiment I agree. We should not make an idol out of anything (including guns). But is the Amazonian Synod––which takes place in lat October––set up to do this?

The main evidence given was a line from the Preparatory document for the synod: “‘This is not an orphan land! It has a Mother!’” The priest seemed to think this line referenced Mother Earth, and this was the main issue he took. He saw this as leading to environmentalism, a kind of extreme version of the stewardship of creation with which we have been tasked. Now, as it turns out, and I’ll show this in a moment, the line is not calling the Earth our Mother. But would it be so bad if it did?

And yet, the line is not in reference to the Earth. It is actually a quotation of Pope Francis and his “Greetings during the Meeting with the Population of Puerto Maldonado.” The paragraph from which this line is taken shows us the whole context:

You have in Mary not only an example to whom you can look, but also a Mother. Wherever there is a mother, we don’t have that terrible feeling of belonging to no one, that takes hold when our sense of belonging to a family, to a people, to a land, to our God, begins to fade. Dear brothers and sisters, this is the first thing I would like to say, and I want to say it loud and clear: This is not a land of orphans, but a land that has a Mother! And if it has a mother, it has sons and daughters, a family, a community. Where there is a mother, a family and a community, problems may not disappear, but we certainly find the strength to confront them differently.

As you can clearly see, the Mother in question is Mary, not the Earth. The Pope reminds us that we have a Mother in Mary and this gives us all a sense of belonging. What’s more, however, the Preparatory document and this address from Pope Francis, remind us of the need to pay attention to the local spiritualities and customs, especially from those who share our Mother and yet live in places so torn by industrialization, corporatization, and climate change.

None of this, of course, addresses the even deeper realities surrounding Sophia, Mary, and creation. And for now there is not time. What I do want to finish with, however, is this call for priests to do better. I know how busy priests are. I know that their role as pastors, as servants of the sacramental lives of their parishioners does not leave the time for homily prep that many, though by no means all, Protestant preachers have. Nevertheless, this homily could have been served by just a tiny bit of research. It only took me about 5 minutes of searching not only to find the Preparatory document, but to find the origin of the line that caused this problem. It also, however, hints at a deeper problem concerning feelings toward Pope Francis and the issue of climate change. But this too must be left for another time, and probably for people more studied in ecclesiology than I am.

Until then, priests, please make sure when commenting on upcoming synods or other events in the Church that you know what you’re talking about. But even more so, let’s start taking seriously what it means to be stewards of creation, and what it means for Mary, a human who like all others is a microcosm of the cosmos, is our Mother, the New Eve who is leading us not back to Eden, but beyond to the Rose.

August 4, 2019
Get Him to the Catholic Imagination Conference
Next Post

'Father Stu': Two Who Knew the...
Kate O'Hare's Pax Culturati
Related posts from Letters from the Edge of Elfland 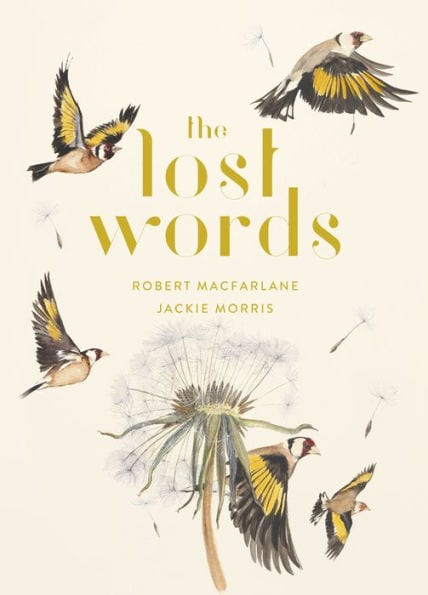 Catholic
Curdled Words: A Review of The Lost Words...
Letters from the Edge of Elfland
TRENDING AT PATHEOS Catholic