Avocado Toast? Or A Millennial Snowflake’s Snowflakish Reflections on Being Millennial and Catholic Social Teaching

Eastertide
22 May 2017
The Edge of Elfland
Hudson, New Hampshire

You’ve almost certainly seen it or some iteration of it. The most recent iteration is Australian millionaire Tim Gurner suggesting that, amongst other things, if millennials were to stop buying avocado toast we’d be able to buy houses. But here’s my dirty little secret: I’m a millennial and I’ve never had avocado toast.

Of course, Gunner isn’t actually suggesting that if we all gave up our avocado toast addictions we could all go out and buy houses. He’s just saying that do anything beyond simply living and saving in order to buy a house is directly effecting millennial’s ability to buy houses. He even goes on to talk about how in the next 20-30 years there will be a “transition” of wealth from the boomers to the millennials. By transition, Gunner means death, but transition sounds better and more business like. Life and death, after all, are guided by market forces in free market capitalism, right?

Olivia Goldhill over at Quartz suggests that Gunner’s approach is not only wrong (giving up coffee and avocado toast will not suddenly free up $40,000 for me to put a downpayment on a house, especially since I don’t eat avocado toast) but is immoral. She goes so far as to call it class warfare. And I think she’s right.

Every generation seems to hate (or feel some kind of antipathy for) the generation before it, but social media  and 24/7 news (both either invented by or heavily used by boomers) have made it possible for Gen. Xers and Boomers to really talk trash about millennials and the upcoming generation(s). Just the other day Fox News was unwittingly making fun of a young boy on the autism spectrum by talking about whether or not we’re giving birth to “snowflakes” (Fox News did later issue an apology since they didn’t realize the boy was on the spectrum). But I really don’t understand all of this. I mean what is it about me that is so utterly offensive?

Part of my problem is that I don’t feel as though I fit many of the standard millennial definitions. I don’t know how to “snapchat”; I refuse to use emojis; I can remember a time before my parents’ home had a computer and a lot of time before we had internet; I don’t eat avocado toast. The list could truly go on. And yet I do fit other descriptions: I spend a decent amount of time online, I blog, I live with my in-laws (because when we moved back to the United States we had two month old twins, one of my kids had cancer, and I was still trying to finish a PhD), I like “artisanal” things, and I was born in 1987. Evidently all of this means that the reason I can’t buy a house isn’t because I work three jobs but still make under $50,000 a year, it isn’t because of the housing market crash, it’s because I buy extravagant things like avocado toast.

But as Goldhill has argued, this too is problematic. After all, why shouldn’t we eat avocados (whether or not on toast)? Why is it so wrong for us to have the occasional luxuries? Why is the poor who shouldn’t have children? Why is it the common man should be subpar? I’m not suggesting that we should spend more than we make (which actually our capitalist culture actually encourages if not downright requires us to do). It’s as if aspects of life ought to be completely unavailable to the common man until he becomes uncommon enough to be allowed to have true leisure in our life.

But this goes against Catholic Social Teaching. It is true, for instance, that Pope Leo XIII does say the laborer should be frugal, but this is so that the laborer can have real leisure in his life. What’s more, the rich apparently want to appropriate to themselves those aspects of life that properly belong to the common man. It is not just the rich, but the common who can feast and dance. In fact, we might properly say that these things, good food, feasts, dancing, alcohol, etc., more properly belong to the common man than to the rich. After all, it is Aquinas who argues that bread and wine are appropriate vehicles for the body and blood of our Lord precisely because they are the foods with which we are commonly fed.

In the end, it is much easier to blame a generation than to face unjust economic systems. It is much easier to say we’re lazy than to actually think through how our modern culture actually affects us. Consider, for instance, that in order to buy a house one often needs to have first acquired a large amount of debt and then “managed” it by not paying it off too quickly or too slowly. Yet it’s because of coffee, avocado toast, and artisanal soap that millennials can’t own houses.

While there are many who still do, it is getting harder and harder to defend our current economic and political systems especially here in the US. Again, while some do, I find it impossible to make them cohere to Catholic Social Teaching, even in Rerum novarum. I am struck as I read this encyclical how much it ought to make nearly everyone mad. At moments, Pope Leo sounds like a libertarian or Republican; at others he sounds like a Democrat. This is because the good pope understood that while we must have free associations and the freedom to enter into agreements and partnerships, we must also have governance; that non-intelligent, mythical forces (such as “the market”) cannot guide or fix anything. Only a being, or beings,  with a will and an intellect to guide our societies. I find it so interesting that at one moment the Pope will say that the rich ought to give charitably and not be coerced and yet at another that the State must also have an active role in caring for the poor. Pope Leo knew that there is such a thing as the commonweal, the common good and that it must be protected for all, but especially for the poor. It is this preference (a real preference unlike that often shown by the Democratic Party––not to be confused with many of its actual members) that sets Catholic Social Teaching apart from our modern policies. I would to God more people better understood this. 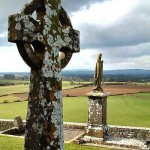 May 17, 2017
My Irish Peregrination into the Catholic Church
Next Post

May 23, 2017 Every Savage Can Dance: Catholic Reflections on High and Low Culture
Recent Comments
0 | Leave a Comment
Browse Our Archives
Follow Us!

Why Pro-Lifers Should Vote Blue: Intro
Mudblood Catholic
Related posts from Letters from the Edge of Elfland 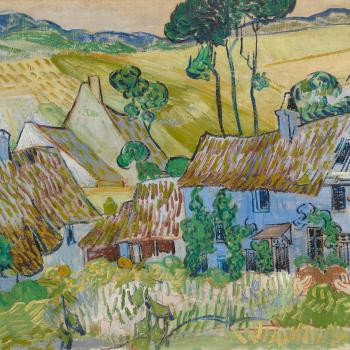 Catholic
Caring for Creation: Reflections on an Old Address...
Letters from the Edge of Elfland
TRENDING AT PATHEOS Catholic