On Culture Wars and Culture Warriors: Wondering Which Way is Up December 14, 2017 David Russell Mosley

I’m home with pneumonia at the moment and today is the first day I’ve had someone to take my kids to school. So I’m relaxing, by thinking about the Culture Wars. We hear so much about these wars: there’s the war on Christmas, for instance; or a general turn away from Western Civilization (whatever one may mean by that); there’s a war on traditional marriage; or just on tradition Christian (family) values. What’s more, we seem to have Catholics and Protestants on both sides of these “wars.” Where are we supposed to stand?

I don’t have a definitive answer to this. It is not simple. After all, it depends on what you think about history, about Christendom, about Tradition (and tradition), about progress, and more. That said, I think there are some clear things both sides sometimes seem to forget.

First of all, that Christianity and “the world” are at odds with one another is something that goes back to the New Testament. St. Paul frequently reminds us that we are not of this world, that our citizenship is not here. This should serve as a check to Christians whose Christianity is tied up with their political party, and I don’t just mean Republicans. One can also meet Christians who think the Democratic Party is, in deed if not in word, God’s party and the best way to move society in a more generally Christian direction. Parties are accidents of history, they are not essential and will change (the Republican party of today, for instance, looks very different from its origins in the nineteenth century). But what is more, we do need to bear in mind that society at large is not exactly in accord with the Gospel. We will not find our salvation there, especially since, it seems to me, Democrats and Republicans aren’t all that different, both are warhawks (whether drones or soldiers) and both seem to be in bed with big business.

On the other hand, of course, this does not mean we should retreat (as various “Options” have implicitly or explicitly suggested). I think the Amish, for instance, while doing beautiful and wonderful things have gotten the Gospel wrong when they suggest it means living out a life without certain “modern” conveniences (and yet living off of them since many sell their products to those of us who do). This is why I like religious orders, personally. Religious orders recognize that not everyone can be religious or else there’d be no religious life for there would be no one to support them. No, we must find a balance.

It is, as I have said, clear that all modern societies are, in one way or another, at odds with the kind life––even in this world––that Christ wants us to live. So to that extent, there is a culture, if not war then at least, debate as to what leads to the Good Life. Neither the Democrats nor the Republicans can lead us to it. Both parties have left behind and forgotten things it would be better to remember. We have lost our way. We are disconnected from the land and from our food in new and more horrifying ways. Even as Catholics it is difficult to fully live out the liturgical life in the way our Medieval ancestors (for all their own faults and foibles) did. Hell, we don’t get as many days off as they did, and I’m not talking about nobles, but peasants.

And yet, there has been a trend that simply romanticizes the past in unhelpful ways. Whether its the “Deus vult” crown longing for (the idea) of a new crusade (since many of them would not survive an actual one) against Islam or the anti-Vatican II crowd or the 1940s and 50s were the best time in US life crowd, even the Medievalist Romantics (a camp I occasionally fall into). They all seem to think that life was just generally better at some other point than now and a simple return is what is needed. This is, of course, historically naive. We cannot “return” to the past. We can bring forward forgotten memories, we can make present again what was good from the past that can be applied to our lives for now. Guilds, small farms and small businesses, a greater return to liturgical life, and societal understanding of the importance of religion, writ large, for people are all things we can make present again.

But we can’t go back. We have to recognize that there were true atrocities in the past as well. While often the evils of the Middle Ages get overblown or were invented by Renaissance and later thinkers trying to enhance the prestige of their own age. Nevertheless, life was not perfect at any point in the past. There were always people groups who were oppressed, systemically. Whether Jews or women or indigenous peoples, both inside and outside the Church has there been systematic oppression of minorities. This does not mean we should simply ignore the past, but take the good and leave behind the bad.

So in the end, is there a Culture War? Yes. But the lines are not divided the way we so often think (no matter which side you think you stand on). For myself, being a “culture warrior” doesn’t mean getting up in arms about Starbucks cups, happy holidays v. Merry Christmas, or women wearing pants. It does mean thinking more about how I relate to the poor and the oppressed, to my food, to liturgical life, to the cosmic nature of Creation. I want women and people of color to have louder voices; I also want more people to believe in angels and demons. I want the poor to be able to live both by the aid of the government and by the charitable giving of the Church. I want businesses both to pay women and men equally and to allow greater freedom for religious observance. I want to aid “the alien in our land” regardless of how they got here; and I want people to look at the stars with something more akin to Medieval eyes. I want justice and wonder; I want fair and loving treatment of our LGBTQ brothers and sisters while I also uphold the Church’s teaching on sex and sexuality. I don’t want to sit here tell victims of sexual assault that they are simply reaping the rewards of the sexual revolution, even if I think the sexual revolution has failed and failed women in particular.

But what is more, I want to do most of this by living out my life as a Catholic, by my love of Christ. It isn’t that I don’t want to vote or be an activist, but that the chief way I want to “fight” the Culture Wars is by living out my Catholic faith. I don’t want to beat anyone over the head. I’ll write, I’ll pray, I’ll attempt to actually live out my faith, and I’ll let that guide my actions. It’s all I can do. 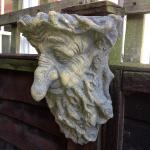 December 8, 2017
Green Men, Fairies, Michael Martin, and the Aliveness of Creation
Next Post 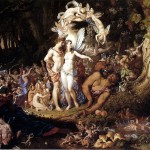 December 29, 2017 On Belief in Fairies: Reflections from Robert Kirk's The Secret Commonwealth
Recent Comments
0 | Leave a Comment
Browse Our Archives
get the latest from
Catholic
Sign up for our newsletter
POPULAR AT PATHEOS Catholic
1