Saint-Haunted: How St. Cuthbert Found Me

We’re coming up on the liturgical anniversary of my reception into the Church. As Easter draws nearer I find myself reflecting on where I was a year ago. One of the hardest things  for me as I was going through my confirmation class was deciding on a confirmation saint. There were so many I loved, whose writings or lives had influenced me. In the end, I chose three names, changing one at the last minute, and had none of them used when I was received into the Church. While I was oscillating between choices a friend told me not to worry too much, that certain saints will haunt us at certain times.

I’ve latched onto this notion of being haunted by the saints. I love the evocative nature of it. After all a haunt is a place frequented by someone or something, so to be haunted by a saint means that the place they are haunting is you. Still, I had not experienced a saint haunting, not until I encountered St. Cuthbert.

While I’m nearly certain I must have learned about St. Cuthbert in my Medieval Church History class when we discussed the Council of Whitby, he remained nothing more than a name to me until March 20th, his feast day. I have been reading my way through Malcolm Guite’s excellent Word in the Wilderness: A Poem a Day of Lent and Easter. Guite excerpts or writes a poem for each day throughout all of Lent, but he also has an appendix of oases, islands in the desert where we feast again as we remember the great saints. Of course Patrick is there and the Annunciation, but on March 20th, there was St. Cuthbert, good ol’ Cuddy who gave his name and his protection to a group of ducks now called Cuddy Ducks.

Cuthbert was a seventh century monk and later bishop. He entered the monastic life after having a vision the night St. Aidan of Lindisfarne died. He was known for his generosity and humility, hiding for some time before finally allowing himself to be made bishop of Lindisfarne. His name is Anglo-Saxon, and so is he, and means bright-fame. He was born after the reign of St. Edwin (after whom I named one of my sons) and is the patron of Northumbria. And yet he is associated with what many call  “Celtic” Christianity. He is in himself the marriage of the two sides that brought me into the Catholic Church. You’ve read, or can here, my Rolling English Road to Rome, but there was an Irish/Welsh one as well. And here is old Cuddy ready made to be a saint to haunt a man like me. What’s more, he established laws on the Farne Islands to protect the wildlife, especially ducks, making him one of the first conservationists. He seems to have loved the land and loved the people. He could, as Kipling might say, talk with crowds and keep his virtue, and walk with kings but not lose the common touch.

I’m still learning more about him, reading my way slowly through Bede’s prose Life of St. Cuthbert. But what astonishes me more is the aid he has provided me. In thinking of him and asking for his intercession I have been on more than one occasion able to combat temptations that normally would bowl me over. So it seems for now I am being haunted by St. Cuthbert. He sought me out, not the other way round, and so now I am returning the favor. I pray you too become the haunt for someone, that you too may be saint-haunted. 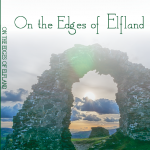 March 2, 2018
Signed Copies of On the Edges of Elfland: A Fairy-Tale for Grown Ups
Next Post 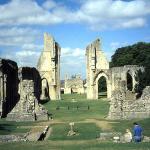 March 27, 2018 Arthur Rising: Reexamination of Archaeological Finds at Glastonbury Abbey
Recent Comments
0 | Leave a Comment
"If it is any consolation to you (I hope it may be!) I completely agree ..."
Mike Enduring the Valleys of Life: My ..."
"Thank you brother Mosley. Since this is about Christmas, it is about Bethlehem where Jesus ..."
Johanan Hope and Death in Advent: Reflecting ..."
"hello greeting great leader psych central blog i must comment on depression is a terrible ..."
yekaan Enduring the Valleys of Life: My ..."
"Can you do a blog on that priest in Grand Rapids, Michigan denying Communion to ..."
Naters Working on a Book of Poetry: ..."
Browse Our Archives
Follow Us! 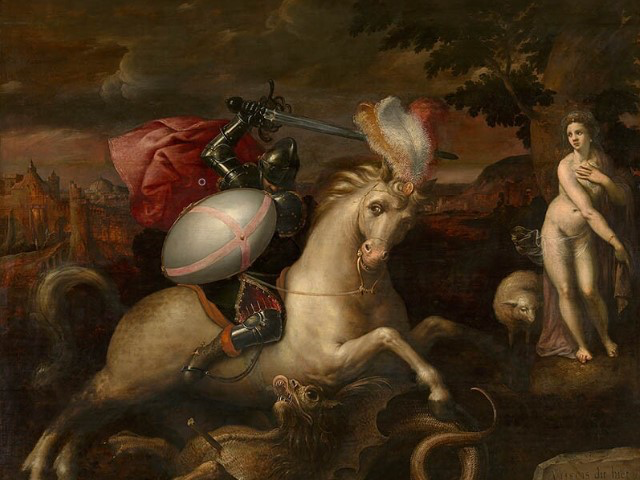 Catholic
Celebrating England and the World with St. George...
Letters from the Edge of Elfland