Top 10 Posts of 2015: On Empathy, Planned Parenthood, What Would Jesus Do, and More

Yes, I’m jumping the gun by a couple of weeks, by posting my top 10 blog posts of the year on December 18. But honestly, given my list of things that need doing before Christmas and the fact that one of my favorite things about this holiday is the lazy week between Christmas and New Year’s, during which we sleep in, read a lot, and play games in front of the fireplace, I doubt that I’ll post again this year or that these stats will change. 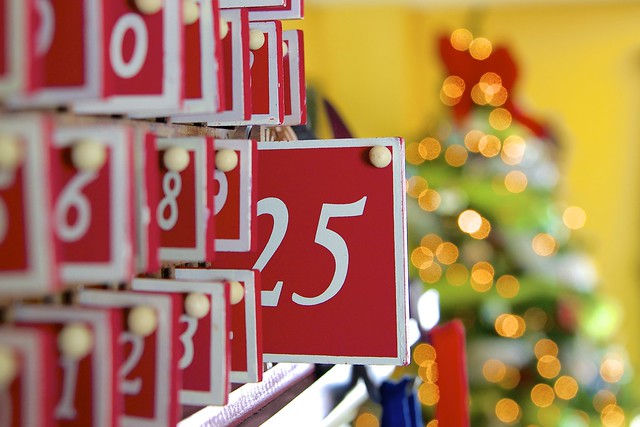 The most encouraging thing about this list is that while posts involving controversial topics (e.g., the response to the Paris terror attacks and the Planned Parenthood scandal) take the top spots, this list is full of posts about the basics of living the Christian life. There are posts about asking what Jesus would do (and whether that’s a good question), about why we need church and the resurrection, about how to serve God faithfully.

I’ll be honest: I contemplate quitting this blog pretty regularly. I only get paid when one of those controversial posts pushes my page views higher than usual—and I avoid writing controversial posts unless I feel I have something truly original to say. When I do get paid, it’s not even enough for a modest trip to the grocery store. With the burden of three college tuitions looming, I’m spending more time pitching paid articles and doing freelance editing than blogging.

But this list, and its evidence that there are plenty of people who want to read and reflect on topics that have more staying power than the controversy du jour, makes me pause—and commit to continuing to blog in 2016. Thanks for reading, sharing and commenting on my posts, and I hope you’ll stick around for 2016 too.

Empathy is not a zero-sum game; caring about one tragedy doesn’t prevent me from caring about another. But neither is our capacity for empathetic engagement unlimited. We do not have the emotional or intellectual capacity to respond to every tragedy with equal measures of outrage or pain. We gravitate toward stories about people with whom we feel an affinity.

Words like “choice” and “need” and “self” get a bad rap among Christians. The contraceptive mentality, people accuse, is part of a culture in which we dare to speak aloud our deepest needs and claim the means to meet them, in which we fail to allow God to tell us what we most need and leave our well-being in God’s hands. But this argument sounds suspiciously like the arguments used throughout history and today, in cultures claiming a divine mandate that women are to submit to men. Arguments in which women, in particular, can’t possibly know what we really need.

The Planned Parenthood videos provide an invitation for Christians, both pro-life and pro-choice, to explore our common ground and find ways to move forward together. What if, instead of using the videos to re-articulate our positions and further define our differences, we admitted that the content of these videos is disturbing, no matter what side of the political debate you’re on? What if we talked about what is disturbing, and why, and used our responses to figure out where we do and don’t agree about unborn life, pregnant women, and the proper role and attitude of medical professionals?

I can’t strive to do what Jesus did, because I’m not Jesus, and our world isn’t Jesus’ world, and there’s so much we don’t know about what Jesus did or would do anyway. But we can strive to do as Jesus did. If we believe that Jesus, as God incarnate, was a unique revelation of God, we can learn a lot (not everything but a lot) about God by looking at Jesus.

“Why Don’t You Just Adopt?” is the Wrong Question to Ask Infertile Couples. Here’s Why.

What It Means to Belong to a Church

After a few months of “church shopping”…I realized that belonging to a church was going to be a different thing altogether. Belonging here was going to require making the commitment first—saying, “If you’ll have me, I belong to you”—and then going back week after week, month after month, year after year until the belonging felt like something real.

Who Exactly Are the “Least of These”?

Interpreting “the least of these”—those who embody Jesus and for whom we are called to care—as fellow Christians facing persecution, rather than any hungry, thirsty, or imprisoned person, is a dangerous claim that doesn’t fit with the rest of the biblical narrative.

Serving God When You’re Not Sure God is There

Following God’s call doesn’t require that we feel a particular way, only that we show up to do the work.

I’m still a Christian because the Biblical story speaks to my deepest needs, longings, pleasures, and pains.

Why We Need the Resurrection

The resurrection isn’t so much something that we believe in, or don’t. The resurrection is something God invites us to come and see—in an empty tomb one Sunday morning and every time the sun comes round again to lighten our darkness—and then to live.

December 17, 2015
Redefining "Fruitful": Is Procreation a Divine Mandate?
Next Post

December 24, 2015 My Christmas Pageant Moment
Recent Comments
0 | Leave a Comment
Browse Our Archives
get the latest from
Ellen Painter Dollar
Sign up for our newsletter
POPULAR AT PATHEOS Progressive Christian
1