What values motivate the non-religious in the UK?

So a recent analysis of the values of the religious and the non-religious in the UK is particularly interesting. The UK is moderately godless – few people go to Church, and a substantial minority (30-40%) don’t believe in God.

The researchers sent surveys to 2,000 people in two towns in the south east of England (Woking and Guildford, to be precise) and got 260 back. So it’s not exactly a random sample! They asked people about their values, using a standard scale (the Schwartz Value Scale) which splits values into nine broad categories. 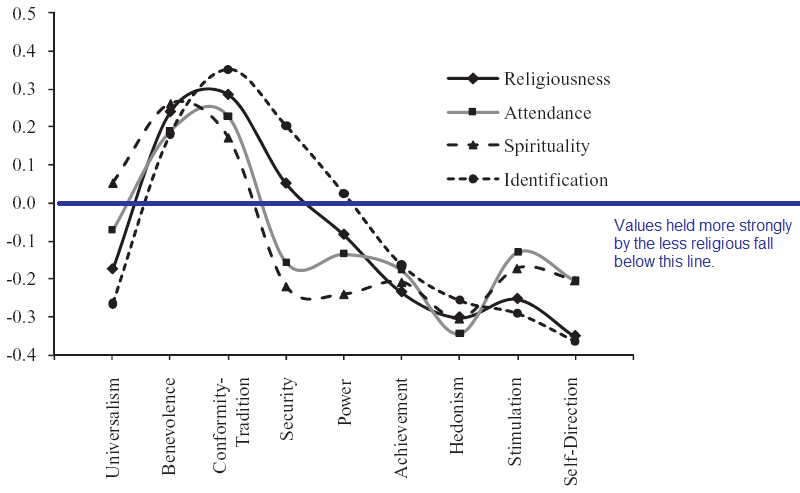 These are the values held dear by the non-religious in the UK:

By contrast, these values are held dear by the religious:

And there are two values for which the relationship changes according to how religion is defined – higher for ‘religiousness’ and ‘attendance’ than for ‘spirituality’ or ‘identification’. These are:

All in all, I don’t think there are any major surprises. The religious are relatively more focused on their immediate friends, as well as respect for tradition and conformity. The non-religious, in contrast, tend to be those with the widest horizons and the most independent, confident spirits!

July 4, 2010
Test your knowledge on religion and health
Next Post