A homage to the religion in the service of war 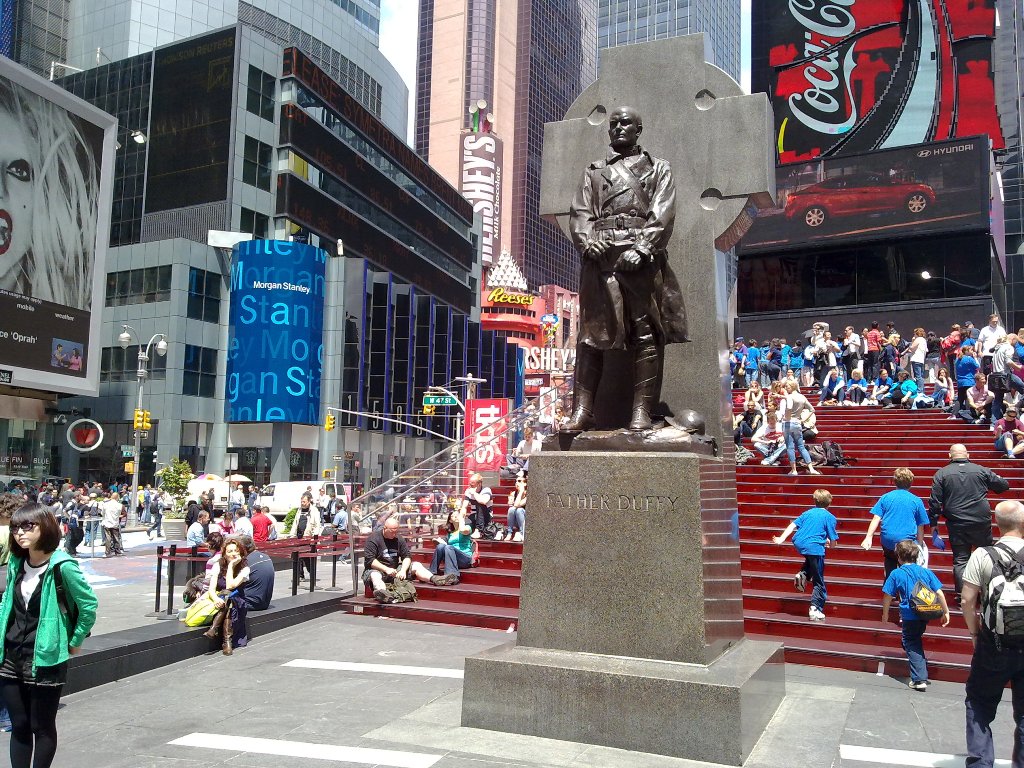 So, I’m in New York right now (just a business trip sadly), but I did manage to take a walk to Times Square, where a couple of things struck my eye.

First is that a large focal point is given over to this monument honoring the link between religion and war. Father Duffy didn’t actually shoot people, as understand it, but he took part in 4 wars and is honoured for his role in raising morale in the thick of the fighting. The square was dedicated in 1937. 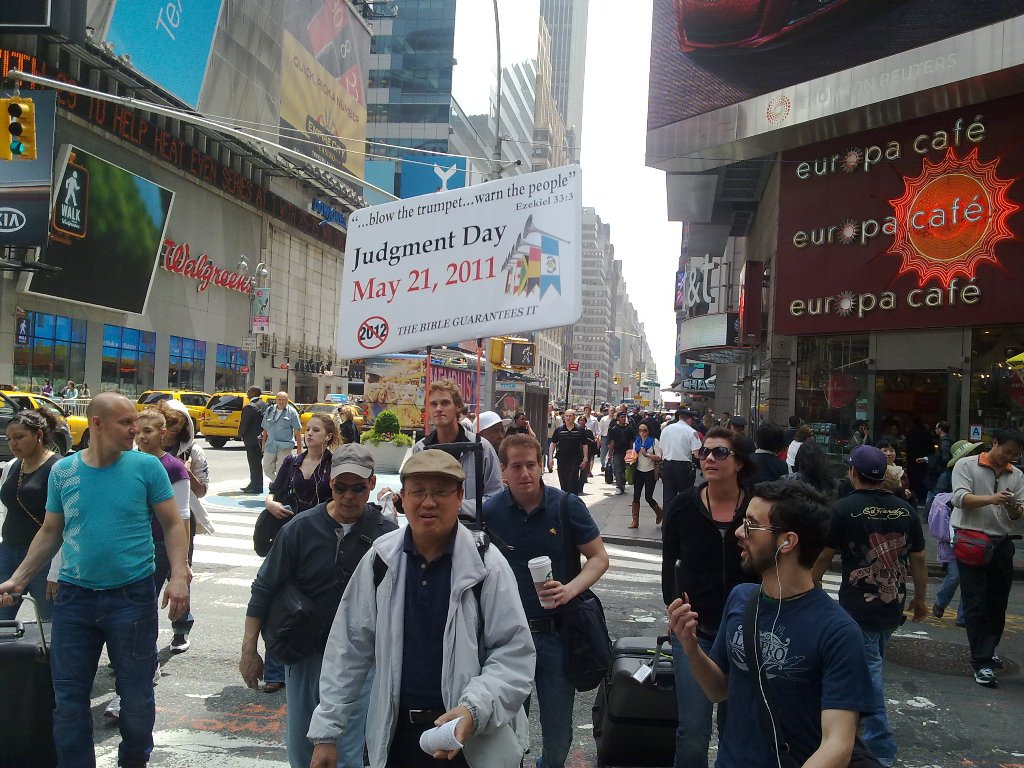 And secondly, let’s not forget that THE WORLD ENDS TOMORROW! Which may play havoc with my return flight scheduling.

Here’s a chap reminding us of that unfortunate fact in time-honoured fashion. Other bill-board carriers had more banal fare to advertise, such as the location of TFI Fridays. There may be a diabolical link there.

May 19, 2011
Fear of terrorism makes Pakistani students turn to religion
Next Post