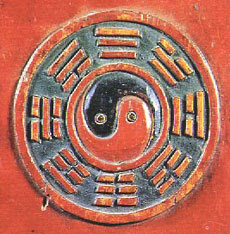 The infamous ‘Pascal’s Wager’ is still often trotted out as a supposedly rational basis for believing in god. While the flaws in that one are well known, it is still commonly believed that risk-averse people are more likely to be religious. Better to go to Church than run the risk of being fried in the hereafter, the supposition goes.

Actually, evidence that risk-averse people are more religious is  weaker than you might suppose. What’s more, there’s no reason to think that it applies in the world outside of the big three monotheisms. The gods of most Eastern religions are pretty disinterested in other worldly punishment.

In fact, Eric Liu at Baylor University has shown that risk averse Taiwanese are no more likely to be affiliated with a religion.

Intriguingly, he did find that the risk averse were more likely to participate in religious activities – and that went for Buddhism, Taoism, Chinese popular cults and Yiguan Dao (which is a modern, syncretic religion), as well as Christianity.

Liu speculates that this is because there is some risk inherent in not believing in Eastern religions. In Buddhism, failure to follow the 8-fold way means getting stuck in an endless cycle of rebirth. And Confucian and Taoist teachings promise some pretty nasty after-death punishments for those who do not follow a moral code – including those who do not pray or perform the right rituals:

Upon arrival, according to specific sentences, the sinners might be burned in flames, hunted and butchered, or boiled in oil or water. Their backs might be plowed, their tongues torn out with hot iron pincers, or their skin stripped off. They might find themselves in burning hot iron beds, have molten metal poured down their throats, or face other kinds of cruel punishment (Goodrich 1981).

So it’s wrong to say that non-belief in these Eastern religions is risk-free. Yet I am not convinced that what we’re seeing here is fear of afterlife punishments.

To me it seems more likely that the risk these people are trying to avert is the very real risk present in this world, rather than potential risks in the next.

That would match with some other research showing that Europeans who believe in the afterlife actually have a lower work ethic. It seems that the religious work ethic in Europe is more to do with securing rewards in this life rather than the next.

We know that people in risky environments tend to be more religious, and I suspect that by participating in religious ceremonies these individuals are hoping that the gods will improve their fortune. What’s more, we know that they can expect to get support in their hour of need from their co-religionists – and so there is a double benefit from going to religious services!

July 21, 2011 We condemn more when we think we're being watched
Recent Comments
0 | Leave a Comment
Browse Our Archives
get the latest from
Nonreligious
Sign up for our newsletter
POPULAR AT PATHEOS Nonreligious
1