Why do the religious have a problem with outsiders 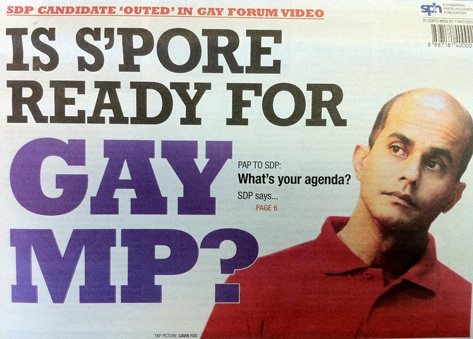 There’s plenty of evidence that, at least in the Christian west, religious people are more likely than average to be hostile towards others who they perceive as being outside their group. Strangely, this isn’t just hostility to people from other religions, but also encompasses hostility towards co-religionists who are sufficiently difference (racism, for example).

Partly this is simply because people with so-called “Right-wing Authoritarian” attitudes  also tend to be religious. But does religion have some additional effect? And is it just a western thing, or do other religions do this to?

To find out, a team from Singapore and the USA, including Wade Rowatt from Baylor University, conducted a study in 72 Christians and 69 Buddhists (all from Singapore). The experiment was simple: they first asked their subjects about their attitudes, then two weeks later they repeated the exercise after first subliminally priming them with religious words.

Before priming, the Christians were significantly more authoritarian than the Buddhists.

Priming, and after adjustment for authoritarian and spiritual attitudes, had little effect on religious and ethnic prejudice. Unfortunately, they don’t tell us whether priming had any effect without this adjustment, but reading between the lines it I suspect the Christians had a stronger response.

Priming did, however, significantly increase prejudice towards homosexuals among both Christians and Buddhists.

That’s important because there’s nothing in Buddhist scriptures that condemns homosexuality. And that suggests that what is happening here is not a direct result of religious teachings, but rather a result of the cultural role of religion.

Interestingly, some earlier research found that priming Buddhists with ‘The Golden Rule’ had no effect on their prejudice towards homosexuals, while priming Christians with the same rule made them significantly more homophobic.

Now, this was a different sample (most of the Buddhists were western converts), which probably explains the different results – homosexual acts are illegal in Singapore.

But it does reinforce that the attitudes of the religious probably depend less on what is actually written in holy books, and more on exaggerations of ‘traditional cultural values’.

February 16, 2013
When people say they are 'spiritual', what do they mean?
Next Post