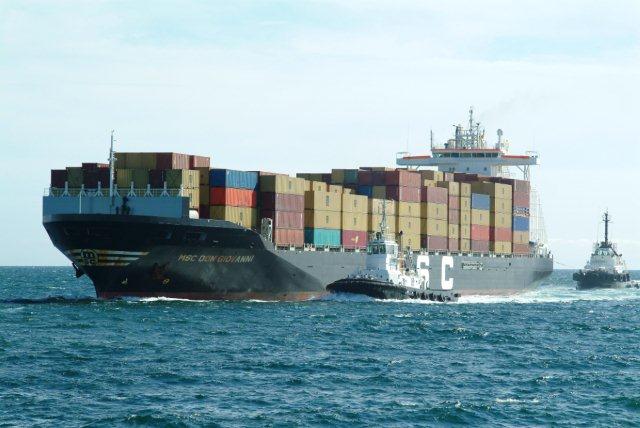 International trade is made easier when nations share a common language. Geographical closeness, regional trade agreements, and common legal heritage also help trade along, and former colonies trade more with each other and with the ex-mother country.

Chong Wha Lee, at Kongju National University in South Korea, wanted to know if a common religion could play a similar role in boosting trade. Although there’s been a bit of research into this before, Lee was particularly interested to know if there was a difference between trade in goods and trade in services.

Now, it could be that some religions promote trade more than others, but Lee wanted to know the net effect of shared religion (regardless of the specific effects of individual religions). So he compared trading partners, and assessed whether both countries shared a dominant religion (which he called the “Institutional effect” of religion). For each religion, he also looked at trading partners where at least 5% of the population were adherents (he called this the “network effect”). In each case, he pooled all the different trading partners to get the average effect of sharing a religion.

He found that nations that shared a religion – either on an institutional level or at the network level – had significantly greater trade, even after accounting for the other effects (like language)

For trade in goods, the effect was quite weak (less than the other factors listed earlier).

For trade in services, however, the effect was stronger. That was particularly the case for institutional effects, which had a stronger effect on trade than either regional trade agreements or shared legal systems.

It’s intriguing to speculate why that might be. Presumably people trust co-religionists more than religious outsiders, but Lee’s study doesn’t help us to understand whether trust is more important than antipathy.

It could be that religious disagreement actually hinders trade (which would result in a relative positive effect for shared religion).

And why is the effect stronger for trade in services? These are things like finance, tourism and telecoms. Intellectual products like inventions also come under this heading. You can imagine that trust would be important here – but more important than for trade in physical goods?

March 24, 2013
In West and East, it's easier to remember things that are a bit weird
Next Post