Faith in god and faith in doctors

Faith in god and faith in doctors November 19, 2013 Epiphenom 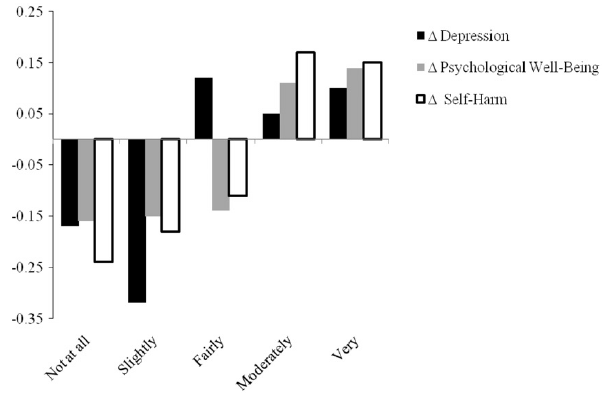 So they studied 159 patients who were a day-treatment program at an academic psychiatric hospital, to see which ones got better. They were mostly (60%) suffering from major depression, athough 12% had bipolar disorder. The remainder had a variety of other primary diagnoses (e.g., anxiety disorders).

Across a range of measures, those who got better tended to be those who were more religious to start with. They reported greater reduction in depression, improvement in psychological well being, and less self harm.

But what was interesting was that those who were more religious to start with also had more faith in their treatment. 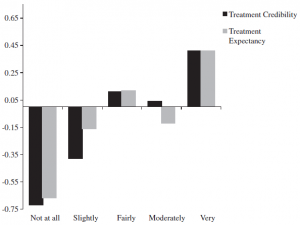 What’s even more intriguing is that, when they analysed the data, they found that belief in the credibility of the treatment seemed to explain the improvements, at least among the depressive patients. Other factors, like congregational support, did not.

Here’s what they conclude:

… our results suggest that belief in the credibility of psychiatric treatment and increased expectations to gain from treatment might be mechanisms by which belief in God can impact treatment outcomes. It is also notable that faith in treatment was virtually not present in the absence of belief in God, and that few participants with high belief in God had low treatment credibility/expectancy.

This may suggest that faith is a general cognitive attribute representing an optimistic mental schema that can generalize to spiritual, medical and perhaps other domains as well. In this regard, patients can utilize faith (spiritual or otherwise) in an adaptive manner in a treatment context by supporting belief in treatment.

What they’re suggesting is that some are simply ‘faithful’ – i.e. they have a tendency to believe (in doctors, in preachers), and that faith is linked to optimism which, in turn, helps them to benefit from psychiatric treatment.

November 14, 2013
Atheists get sweaty when daring God
Next Post