There’s a strand of thought that says that belief in the supernatural is founded upon a misunderstanding of how the world works (see: You either believe in it all, or you don’t).

On the other hand, there’s another perspective that says the cognitive problem is with the atheists. Belief in gods, according to this school of thought, is basically an extension of our ability to ‘mentalise’ – or get inside the heads of other people (see: Atheists lack empathy and understanding).

To settle this, Marjaana Lindeman and colleagues from the University of Helsinki subjected nearly 2,800 Finns (roughly half and half Christians and non-believers) to a battery of online questionnaires. These included tests of their ability to recognize emotions depicted in photographs of actors, and their ability to think clearly about the world.

It’s worth spelling out how they tested ability to think clearly. The first test was around something called teleological bias. This happens when people habitually think in terms of things existing or happening for a purpose, even though logically they do not. For example, agreeing with the statement “Earthworms tunnel underground to aerate the soil”.

The other was ‘core knowledge’ confusion. Basically this involves confusing metaphors with reality – for example thinking that when someone says “A house knows its history” they mean it literally does!

Lindeman and colleagues ran all this data through a structural equation model (which is a way of seeing how all the different measurements relate to each other statistically, and teasing out causal relationships) to see whether they predicted religious beliefs, paranormal beliefs, or a more general belief that life events happen for a purpose.

What they found was that thinking ability (especially core knowledge) was strongly related to a lack of religious and paranormal belief, and also a lack of belief of an underlying purpose for life events. That’s what the line in the graphic show. The numbers next to each line show how strong the connection is.

Empathic ability was only weakly correlated. In particular, inability to read emotions in the eyes (associated with autism) had no connection with either thinking ability or beliefs.

However, there’s also been speculation that maybe the two types of thinking interact. Maybe, the suggestion is, it’s the combination of strong empathic and mentalizing skills with weak thinking ability that leads to religious and paranormal beliefs.

They found that is indeed the case.

They looked at those who they called hyper-empathising – scoring high on empathy but low on ability to pick out structural details in the world around them. So they asked questions about whether or not their subjects notice details such as how furniture in the room is constructed, or can easily navigate in their mind round their local roads and motorways.

These people, the hyper-empathic, were strongly more religious. Lindeman and colleagues comment:

The results imply that individuals with high self-reported empathy and interest in people, coupled with poor self-reported understanding of physical causality and low interest in technical, motor, abstract, and organizable systems, had more supernatural beliefs than others.

So does science confirm the stereotype here, at least? 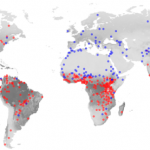 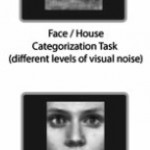 November 26, 2014 When you think about spirits, do you see ghosts?
Recent Comments
0 | Leave a Comment
Browse Our Archives
Related posts from Epiphenom