The Real Theological Challenge of Evolution

In the aftermath of scientific evidence concerning the age of our universe and the evolution of life on Earth, many theological conversations have focused on questions concerning the scientific and historical validity of the Genesis creation myths (especially Genesis 1) and the unique identity of humans.  This focus is lamentable.  Genesis 1 has a poetic tone which suggests the authors weren’t overly concerned about explaining scientific logistics of the cosmos or depicting its actual history.  Indeed, early Christians such as Origen and Augustine acknowledged issues with taking the myth literally (e.g., light appears prior to its source, the Sun).  Likewise, the unique identity of humans is not as obvious as some suppose.  According to Genesis 1:30, other animals have a “soul” (Hebrew, nephesh).  In Genesis 2, both Adam and all other land animals have the same origin: the dust of the Earth.

These insights have enabled many Christians to embrace the notion of a 13.7 billion year old cosmos and the general narrative of biological emergence and development depicted in evolutionary theories.  Thus, “theistic evolution” is common theological parlance.  This embrace is positive, as it represents a refusal to reject evidentially grounded scientific theories on the basis of scripturally tenuous religious doctrines.

Even so, there is a difficult theological issue lurking underneath the evidence provided by the natural sciences concerning cosmic and biological evolution.  The particular parameters of the cosmos (e.g., its laws and fundamental constants) and mechanisms entailed in biological evolution (e.g., natural selection) are such that “negative” aspects of existence are inevitable byproducts.  These negative aspects include death, pain, suffering, extinction, parasitism, predation, and disease.  Furthermore, without some of these negative aspects, humans wouldn’t exist at all.  The extinction of dinosaurs, for example, gave mammals the space to evolve toward the complexity of primates.  In a similar manner, the earth’s magnetic field and atmosphere—which enable life as we know it—developed as a result of earth’s molten core and tectonic shifts resulting in volcanic eruptions and earthquakes.  Our atmosphere entails inevitable byproducts such as hurricanes and tsunamis—occurrences we typically label “natural disasters” because of their devastating impact on human life (to say nothing of nonhuman life).

We should take a moment to consider that none of these negative aspects—from natural disasters to disease to predation—are the result of human sin.  Granted, human sin may intensify realities such as disease (for example, through biological warfare or pollution).  But as general features of existence, these realities don’t originate with human sin.  Nor do they appear to be the consequences of demonic interferences with the cosmos which create chaos out of order.  Quite the contrary.  They are natural outcomes of the order of the universe.  Entropy is not the result of random malicious acts.  It is cosmic regularity.  Here, we begin to see the issue: if the universe is finely-tuned, it is not simply so for life.  It’s also finely-tuned for violence, extinction, and disease.  Even more potently: Ours is a universe well-designed for the suffering and death of children.

On a more cheerful note—well, kind of—we should acknowledge that not all individuals experience these troubling facets of our existence as negative.  The bacteria feeding on the degenerating body of an infant experience parasitism as positive—indeed, good and essential to flourishing.  Likewise, a lioness doesn’t experience her act of predation upon a zebra as negative.  No.  For a lioness, the absence of creatures to hunt, kill, and consume would be the real tragedy.  In a similar manner, occurrences that individual humans and animals experience as negative are quite positive (if not essential) on a holistic level.  For example, the evolutionary strategy of “overproduction” (in which a particular species produces more offspring than can reasonably survive or flourish with the result of greatly increased odds that at least some will do so) is often good for the species.  On a grander scale, the elements that make up our bodies and thereby enable our lives were forged in the violent explosions—the “deaths”—of stars.  On the microscopic level, our bodies are warzones in which microbial lifeforms battle.  The death of “bad” microbes is good for us.  Without their death, we couldn’t flourish, or in some cases even survive.

Notwithstanding these “cheerful” claims, the occurrences which serve as a good to some individuals and at more holistic levels are experienced as negative—indeed, “evil”—for the many individual creatures, nonhuman and human alike, whose flourishing they frustrate and/or terminate.  (And, based on the work of animal behaviorists and developments in neuroscience, we may reasonably challenge at least the more radical neo-Cartesian frameworks and accept that a number of vertebrates, to varying degrees and in perhaps differing manners, do in fact experience these occurrences.)  A good day for the predator is a bad day for its victim.  A good day for certain parasites is a bad day for their hosts.  Indeed, a good day for the Earth’s atmosphere spells disaster for some creatures breathing its oxygen.  The world is such that it cannot end happy for all lifeforms.  By design, there must be losers.

Thus, the problem in a nutshell: How does the Christian claim that a good God creates a good creation account for the ubiquity of these negative aspects of nature when they are necessary and/or inevitable given the very structure of that creation?  What do we make of the notion that God created a world so well-equipped for extinction that 99.9% of all species that have ever existed are now extinct?  Or that God created a world with parameters in which biological strategies such as predation and parasitism are so rewarding that they are virtually inevitable?  If there is a critical blow that cosmological and biological evolution delivers to Christian faith, it is not about the age of the Earth or the ancestry of humans.  It is rather about the character of a God who would create a world that facilitates such violence on such unthinkable scales.  To this problem there is no clear solution.

So, where does Christian faith go from here?  Should we all be atheists?  Not necessarily.  The problem I’ve expressed here has nothing to do with the existence of God.  It has to do with the character of God and, as a corollary, whether or not God is actually worthy of worship.  Should we then stop worshiping God?  Again, not necessarily.  Some theologians argue that God’s character withstands the challenge of nature’s darkness.  How so?  Perhaps what some of us consider “evil” or “negative” is simply human sentimentalism or misconception.  Perhaps God is limited in such a way that God cannot prevent or eradicate evil.  Perhaps a world such as this one was the only way God could bring about the values so many of us cherish—morality, freedom, intelligence, biodiversity, love.  Perhaps some other creatures, such as angels, rebelled and distorted the cosmos.  These are all views—and there are more—theologians are currently exploring and debating.  In my view, none is without issue.  All require problematic assumptions, appeals to mystery, or logical leaps at critical points.

This much is clear: wherever Christian faith goes, it must begin with an honest assessment of reality.  We mustn’t validate our assumptions about God by ignoring the aspects of the world that don’t fit those assumptions.  Furthermore, we need to ask seriously if purchasing God’s exoneration at the expense of justifying all the suffering of the creatures in the world is a worthwhile endeavor.

Where should we go?  Perhaps, in the end, the best a Christian can do is hope that the God who became incarnate and suffered victimization will do right by the victims of evolution—that Jesus’s resurrection signals that all suffering will be redeemed.  But in the midst of this hope, we should forthrightly acknowledge that God’s innocence is far from obvious in a world such as ours.  Even Jesus—God in the flesh!—when faced with his victimization cried out, “My God, my God, why have you forsaken me?” (Matthew 26:46)  Perhaps this cry of protest, and the self-abandoning actions for the sake of the world that accompany it, constitutes a far better response to the state of the cosmos than the justification of suffering in an effort to keep God’s character squeaky clean.  Perhaps the Christian is bound to the words of the German theologian, Jürgen Moltmann: “God is our agony.  God is our hope.” 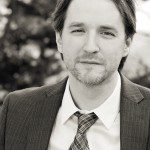 Ryan Patrick McLaughlin is a visiting professor in the Religious Studies Department at Siena College, where he teaches courses in religion, religious ethics, and bioethics.  He received his Ph.D. in theology from Duquesne University, where his research focused on environmental and animal ethics.  He has published a number of articles in the fields of environmental/animal theology, interreligious dialogue, and feminism.  He is also the author of two books, Preservation and Protest: Theological Foundations for an Eco-Eschatological Ethics and Christian Theology and the Status of Animals: The Dominant Tradition and Its Alternatives.  Currently, he is working on a third book in which he critically examines the extensive range of Christian proposals regarding the origin and ubiquity of natural disvalues such as suffering, predation, and extinction.  McLaughlin is an associate fellow of the Oxford Centre for Animal Ethics. 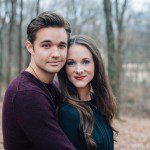 September 3, 2015
Don’t Force Your Happily Ever After
Next Post 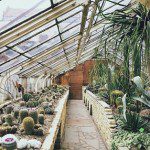 September 21, 2015 Without This One Thing, Nothing Else Matters
Browse Our Archives
get the latest updates from
The Evangelical Pulpit
and the Patheos
Evangelical
Channel
POPULAR AT PATHEOS Evangelical
1