“That’s all lies, you are a very wicked man, and I conclusively expressed your groundlessness to you just now,” the girl student replied disdainfully, as if scorning too many explanations with such a man. “I precisely told you just now that we were all taught by the catechesis: ‘If you honor your father and your parents, you’ll live a long life and be granted wealth.’ It’s in the ten commandments. If God found it necessary to offer a reward for love, it means your God is immoral. These are the words in which I gave you my proof today, and not from the second word, but because you declared your rights. Whose fault is it if you’re dumb and don’t understand even now. You feel offended and you’re angry–that’s the whole clue to your generation.”

“And you are a nincompoop.”

“I beg your pardon, Kapiton Maximovich, but didn’t you tell me that you yourself don’t believe in God?” Liputin peeped from the other end of the table.

“What if I did, it’s a different matter with me! Maybe I do believe, but not quite. Though I don’t fully believe, still I’m not going to say that God should be shot….”

Go Ahead. Take Down Statues of...
Public Catholic
Related posts from Eve Tushnet 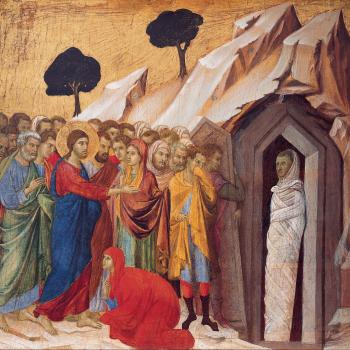