I’d Sell My Soul for Total Control: Staying Gay in the Church of Self-Improvement

I recently read John Wigger’s PTL: The Rise and Fall of Jim and Tammy Faye Bakker’s Evangelical Empire. It’s a gripping story which goes beyond one ministry to encompass the rise of televangelism–and the triumph of the prosperity gospel, which continues to resonate with Americans in spite of the fall of some of its most popular promoters. (For a good exploration of PTL’s religious roots, try the terrific review/essay where I discovered Wigger’s book.)

Tammy was always a little more gritty, capable of enthusiasm about people and events she didn’t control. Jim skittered from project to project, rapidly accumulating crazy debts and funding them through constant televised improv begging for the next project–robbing the future to pay for the past, and deceiving viewers about where their money would really go. There are all kinds of fascinating things happening at the beginning of PTL: They were technological innovators, among the first to see the potential of satellite TV. They started with a fearless pop-culture evangelism that included interviews with born-again, but not exactly sanded-down, Christians like Little Richard and Larry Flynt. But also, from the very beginning, Jim Bakker believed that if he needed money for something he wanted, God would send the cash. Debts and deception began to pile up early.

On TV and also in his books, Bakker preached that God wants us to be happy and rich. He leaned heavily on the idea that if Christians gave generously to his ministry, God would reward them–not in the next life, but very much in this one. By emptying their wallets into his, they’d become wealthy as well as good. Because God wants us to be happy and rich, there should be no contradiction in a man of God buying multiple fancy homes, cars, clothes. Their son had an air-conditioned treehouse; in one house Tammy kept a glass atrium full of parrots. And this was an advertisement for Bakker’s message, not a contradiction of it. He (apparently) had the life he promised his followers.

Jim Bakker fueled American Christians’ perception that they were constantly under attack; he raised money off of crisis and a feeling of persecution, even when “persecution” really meant “investigation of your actual financial crimes.” The desperation was real. Part of the pathos of PTL, in Wigger’s telling, is that Bakker preached the holiness of wealth when his own riches brought him isolation, a broken marriage, and the lurking terror that somebody would bring down the house of cards. He preached that you can have what you want if you only have the courage to name it; and this very preaching brought him anxiety, loss of self-control, and ultimately public humiliation and prison.

This may be overly psychological, but Wigger seemed to me to present Jim Bakker as a man desperate to prove that he had control of his own life. By saying his life was working out, he could make it work. “Name it and claim it,” whether what you’re claiming is wealth or a safe, marital heterosexuality. After the collapse of PTL, Bakker revealed that he had been sexually abused as a child; this early experience of loss of control must have made it unbearably hard to integrate and accept his sexuality. He ended up “acting out,” as they say, not only with Jessica Hahn (who was labeled a “bimbo” for accusing him of rape) but with men, including PTL staffers.

PTL was an early adopter not only of technology but of therapy. The Bakkers promoted therapy the way they promoted diets: as a self-improvement strategy. Therapy was not a path toward accepting helplessness or learning from it, but overcoming it. Therapy would fix you and make you a good Christian with a good marriage.

I don’t think I’m reaching to see this set of beliefs as one of the currents flowing into the ex-gay movement, and one of the reasons it has proven so resilient in spite of so many public failures. The ex-gay movement includes a lot of people with a lot of different experiences and interpretations of their experience, including people who don’t think any action on their part prompted God’s work in shifting their orientation. But the central promise which makes the ex-gay narrative so attractive is the idea that gay people can (and should) take effective action to become straight. The promise of a huge swathe of therapy that goes by names like “reparative” or “reintegrative” is that it will fix your feelings.

And American Christians desperately need a way to fix gay people’s feelings, because they have nothing else to offer us. If you’re gay and you grew up in a non-progressive church, I can pretty much guarantee that the only thing you ever heard about your desires was what you couldn’t do with them. The Church offers guidance, you’re told, but the only guidance you get is “no.” The Church serves the God Who is love, you’re told, but your own desires for devoted intimacy were treated as shameful deviance. American Christians mostly accept the Lava view of life, where you either get married or live in pointless isolation; Catholics have it a little better than Protestants in this regard, but even priesthood and religious life become suspect when gay people do them, and we very rarely hear anything about the beauties and potential of lay celibacy.

If it were true that there is no positive guidance for gay people then okay, sometimes life is just hard. But what I find especially frustrating is that there is actual guidance in Scripture for same-sex love! We could honor the beauty of celibacy. We could honor the beauty, devotion, commitment of same-sex love, expressed in covenant friendships or in many other forms. We could honor, you know, the acceptance of constraint, the surrender of control, which leads Christians to come out of the closet and seek ways of life they were never taught.

There are so many reasons to be grateful that ex-gay therapy doesn’t work. On the most basic level, for Christians in a self-improvement culture, for whom God’s power always seems to be manifest when He does what we want or what our parents hope for, it’s necessary to learn that God’s power is often manifest in what He asks us to accept. He is greater than our desires–greater than what we desire, and not constrained by our wants or our cultural values. He has for us something better than what we could design for ourselves. I’ve known many gay Christians, raised wealthy and good, for whom their sexual orientation was the first place they truly confronted a lack of control over their lives. It was the first place where they needed to trust a God Who is bigger than their expectations.

But on a deeper level, when gay Christians continue to love people of the same sex, and seek ways to live out that love in harmony with the Church, we renew, rediscover, and reshape ways of life which everyone needs. If we could simply disappear into the straight majority, the treasures of same-sex love which God has shown us in Scripture would remain invisible. Not every gay Christian will have a life shaped by same-sex love; not every straight Christian has a life shaped by marriage, and yet knowing that marriage is possible shifts our understanding of what desire is for. And this shift in understanding can change gay Christians’ relationship to a God Whom they have often loved and sought to obey even though He seemed to offer nothing but condemnation. Discovering that there can be harmony between your longing for God and your longing for same-sex love, that you can have integrity as a gay Christian rather than feeding one side of that phrase to the other, that your sexual orientation may help you lead a life of love and Christian witness–this is a discovery that God is not only bigger than your expectations, but far sweeter.

I’d love to close there, but in an essay sparked by a book on PTL I’m wary of overselling! These beautiful discoveries which you can experience if you stay gay (for no money down!) are still fraught, challenging, hard to navigate and to explain. Upending what you thought was the relationship between your faith and your sexuality can throw a whole lot of assumptions into confusion, and untangling that confusion may not look quick or tidy or, you know, obviously sane. The less support and compassionate, humble guidance you receive–and the more trauma you’ve experienced at the hands of Christians, the more you’ve been miseducated about what your longings might mean–the harder it will be. The beauty of celibacy is an ascetic beauty, and accepting that you have limited control over your life doesn’t magically make you feel better. Gay Christian life doesn’t have to be as polarized and awful as it so often is today; but it will continue to carry specific forms of suffering and surrender, and we can only hope for the grace to remember that Christ is with us there.

Sign from Heritage USA, the PTL equivalent of Disneyland, via Wikimedia Commons. Title from the Motels, “Total Control.” 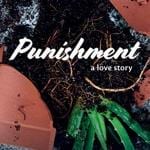 December 10, 2019 My Novel "Punishment: A Love Story" Available as eBook!
Browse Our Archives
get the latest from
Eve Tushnet
Sign up for our newsletter
POPULAR AT PATHEOS Catholic
1

A Late Summer Adventure
I needed an adventure, and I got one today. After the...
view all Catholic blogs
Copyright 2008-2021, Patheos. All rights reserved.