From Dick Button, “Push Dick’s Button”–Skating Behind the Iron Curtain

Otto and Maria Jelinek had left Prague with their parents, settling in Canada when the Russians took over Czechoslovakia. They were scheduled to compete as members of the Canadian team in the pair skating event [at the 1962 World Figure Skating Championships, held in Prague]. According to Czechoslovakian law, every male citizen was required to serve in the army, and any male who had fled the country was still considered to be a citizen and subject to army subscription, and in their view this applied to Otto Jelinek. The [International Skating Union] said, in essence, “Not so, boys; the Jelineks are both Canadian and represent Canada in this event, and if you insist, we will move the event to another country.” (Good for them!) The law was exempted for this case, but the government retaliated by never mentioning the Jelineks’ names, not listing them or recognizing that they were there, and not allowing the newspapers to print their name.

But guess what? Everyone in Prague knew their story and that they were there.

During every practice session, people came and constantly chanted their name. “Jelinek! Jelinek! Jelinek!” and stomped their feet in time with their chanting. The Jelineks won the World Pair Championship title, and the city went berserk for them.

(“Uncle Dick’s” book, which is very much “old man rambles at clouds”–and very self-consciously so)

November 18, 2015 My Top 10 Young Adult & Middle-Grade Novels About Drugs and Addiction
Browse Our Archives
Follow Us!

No, God Did Not Send Coronavirus...
On the Catholic Beat
Related posts from Eve Tushnet 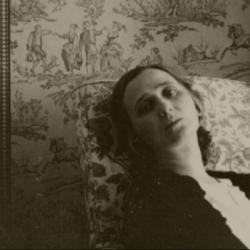 Holy Thursday
We are meant to feel that his life was in that sense...
view all Catholic blogs
Copyright 2008-2020, Patheos. All rights reserved.