Yesterday I finished Brenna Moore’s Sacred Dread: Raïssa Maritain, the Allure of Suffering, and the French Catholic Revival (1905 – 1994). It’s a sensitive and provocative exploration of the spiritual discipline and philosophy of Maritain, a Russian Jewish convert who spent World War II in exile in America. Moore describes how Maritain, like many converts of the French Catholic revival, became enthralled by the Church precisely because of the ways She stood against the clinical, scientistic modernity of their secular education. The rationalists tried to eliminate suffering, at best; at worst, they pretended it was trivial. Catholics dared to find meaning in it and to deepen their own encounter with the suffering Christ.

I was also drawn to the Church in part because of the things She honors which the world can only see as threats: obedience, humiliation, weakness. Those are dangerous loves. Maritain’s love of souffrance/suffering also posed obvious dangers. Moore assumes we all think that love of suffering is perverse, damaged, morally-reprehensible (this “we” of her book is no fun!) and I extremely don’t care about that, but because Moore does care, she attends to the dangers in Maritain’s philosophy–and the complex ways her writing confronted or evaded those dangers.

Glorying in suffering can lead to ignoring or glamorizing injustice. It can skid right past the fact that God created us for happiness with Him–for wholeness and joy. It’s especially dangerous when suffering is linked to specific cultural figures: in Maritain’s case, the suffering woman and the suffering Jew. Woman and especially Jew were all but defined by their suffering, their lowliness or outcast status. As Moore notes, this not only romanticized injustice; it also often made invisible “Jews who do not fit the model of abjection and alterity.”

Maritain’s own work performed some delicate and honorable footwork around these dangers. When she was sick, she sought treatment–she didn’t just sink into a womanhood of pain. In fact, souffrance for her referred most often and most profoundly to her spiritual descent into an abyss of contemplative prayer: The agony she loved was the agony of union with the Crucified, the “dissolution of her will” as she contemplates Christ in the abyss of His obedience. The agony of her illnesses, by contrast, she fought when she could, accepted when she had to. She married intellectual work (usually coded masculine) and suffering in prayer (usually coded feminine), calling attention to St. Thomas Aquinas’s tears and proposing painful transformation as the necessary precursor to passively receiving God’s wisdom. And so she offers a model of the philosophical life which doesn’t glamorize power or intellectual prowess, but which is grounded in prayerful self-abasement and suffering.

Her poetry during World War II expressed blank horror. The Holocaust was not Jewish suffering she embraced. It was an experience, for her in exile, not of mystical union but of total isolation: of absolute distance from a silent God Whose face was veiled in blood. Although in her memoirs she continued to present Jews as (among other things) close to Christ in their suffering, this suffering was always located in the past; the annihilation the Jews were facing in the present could not be understood this way. Or any way. Maritain’s mailbag testified that her memoirs, with their loving descriptions of childhood worship, made many Catholics confront their own anti-Semitism and reject it. But she never did reject the idea of the Jew as icon of suffering.

(Nor did she ever reject the hope of Jewish conversion to Catholicism. Moore is spectacularly uncomfortable with this and always treats “respects Jews but wants them to convert” as a paradox, a contradiction. There are ways in which that’s right–I know a lot of Jewish Christians, and it is painfully easy for the second generation, especially, to melt into the larger Christian world without any “alterity” left. But also if you believe Christianity is true it’s bizarre and weirdly dehumanizing to say, “It’s true–but I don’t want you to know this truth, because I want you to remain special and Other.” I became Christian because I believed it to be true. I would like everyone to believe it, because I would like us all to live in truth. ANYWAY.)

All of the above was interesting for me; and convicting, since my own writing is so ungrounded in spiritual discipline of any kind, let alone a discipline of suffering in contemplation. But I found myself thinking about something else: something tackier. (I yam what I yam.)

I love sleaziness and it’s everywhere in my own writing, both fiction and pop journalism. “Sleaziness” means many things, of course, but most obviously it means the collision of sex, criminality, and (especially) degradation. One’s own degradation, not other people’s–though that’s often a fine line. Sleaziness is a language I find very easy to use for ecstasy. (I picked my patron saint in part because her most famous miracle reminded me of the miracle in Genet.) Like suffering, it’s a thing the good, reasonable, and moral people of our day do not love. It’s similar to voluntarily-accepted suffering–it maybe requires that suffering–but louche, sordid, aware of what it deserves. Feeling helpless, but knowing you’re not so helpless that you’re innocent. Sleaziness is, perhaps, the opposite of sex-positivity.

The dangers of loving this thing are obvious. As with suffering, you might ignore or glamorize the injustice which so often accompanies it. Graham Greene is the Catholic sleaze artist par excellence and he’s gotta hope that the people he hurt pray for his soul. As should you. You almost inevitably (almost!) glamorize immoral acts: actual sin. (Against Greene one might set an artist who could express both ecstatic degradation and sweetly stringent morality–yes, once more, you should read Hans Fallada.) Or you glamorize the excuses we make for our sins–I am so helpless, I am so degraded and disgusting, it’s in my nature. You skid right past the fact that God created you in love and loves you now, that He made you for love and can make you capable of love again. When I act in degrading ways, including sexually-degrading, like Maritain with her illnesses I hate it and I try to get out of it; I confess, I change my habits; I take my medicine.

If you’re gay and you love sleaze you are putting a very sharp weapon in the hands of people who already think your community is defined by sexual evil.

But what do you gain amid all these dangers? What is there to be loved here?

Above all, I think, a resistance to a contemporary culture which judges our worth by our moral character. Everybody talks nowadays about what We will do to Them when we get power. How will we build our paradise/jail, our Sheepworld? I demand to remain with the goats.

Sleaze, if it makes its way to morality at all, does so through sublimity and hard lessons. Love sought in shame; Love revealed when all that isn’t love is exhausted. The repeated failure of my good intentions has, I hope, brought me certain spiritual goods: the fruit of weakness, which is shaped like the apples of Sodom but more sweet. You come to know your dependence on Christ alone. You can’t ever think you are better than other people. You know yourself, inescapably, to be worse than others.

This doesn’t actually stop me from being a self-righteous jackass! I am full of resentments and entitlement; I think I deserve better. At my sleaziest I am also at my best, because in sleaziness I learn, as Thomas à Kempis says, “to regard all men as your betters.” 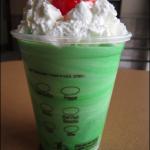 June 4, 2019 What (and Who) Is Punishment For? I'm at The American Conservative
Browse Our Archives
Follow Us!

Demoniacs
A Little Bit of Nothing
Related posts from Eve Tushnet

Catholic
Humility and Resistance in the Visions of an...
Eve Tushnet
TRENDING AT PATHEOS Catholic

Even More Henotheism—Paul and the New Testament Writings
Even more henotheism is to be found throughout the pages of the...
view all Catholic blogs
Copyright 2008-2020, Patheos. All rights reserved.