And the Yanks, They Were Within

Michael Brendan Dougherty’s My Father Left Me Ireland is a book as concise, and almost as elegant and sharp, as its title. Those five words tell you almost the whole story: how his Irish father met his Irish-American mother, how she became pregnant, how they broke up and he returned to Ireland while she ended up in the fatherless oubliettes of American suburbia; how she took her son to Irish-language weekend retreats, sang the old rebel songs to him, handed on an Americanized, kitschified Irishness that was the closest she could give him to his patrimony. How his ambivalence toward and then wholehearted embrace of being Irish mirrored his relationship with his father. How he went further in Irishness than his father would–because his father is actually Irish and so there’s a wedge jammed between him and Ireland which isn’t present in Americans’ relationship to Eire, a wedge which I think Dougherty fils would call shame though some might call it irony. (Porqué no los dos?, as the Americans say.) How in nationhood, Irishness, the son discovered that love demands sacrifice, a lesson he remembers when his own firstborn arrives.

This comes near the beginning of the book and suggests the strength of Dougherty’s prose–it’s a scene with his parents in a pub, on a childhood visit to his father in the County Clare:

I had this dim sense of the two of you enjoying each other, and enjoying me. I moved about this world in which every object was charged with meaning. I remember Mom’s blue eye shadow and the gold-plated bangles and your thick Irish wool jumper. I remember that my mother’s Virginia Slims suddenly had this new Irish name, “fags,” which I was not allowed to repeat. I remember the smoke drifting up from her glass, held at the height of my head, and seeming to curl around your arm like a lasso. And I was praying it would pull you two closer to each other.

There’s beautiful writing in Ireland about what it means to be a people, especially a people whom others would define by their defeats and humiliations. There are some slack passages of what felt to me like generic generational complaint about how adults never taught us to sacrifice–I admit that I may be unable to enter into this mentality as I’m both older than Dougherty, and (more relevantly) raised by Communists and educated early by Afrocentrists, two groups who will make sure you know the sacrifices love-in-history requires. Any time Dougherty talks about “the culture” his prose weakens and his criticism loses focus; you get the same essential idea, with much more specificity and persuasive power, when he talks about suburbia’s “architecture of fatherlessness” or contemporary Ireland’s conveniently-capitalist reactions against the national mythos.

Dougherty depicts the inescapable tie of physical relatedness: the blood that makes noise, even when we don’t want it to. When his father came unannounced to visit him at school, Dougherty’s classmate spotted him and said, “Michael, your father’s here.” “He had never seen you before. He just looked at you and knew.”

Dougherty captures–in fact his whole book is about–the way parental breakup affects the narrative of our lives. (Maybe the most elegant chapter is about the misinterpretation of Irish history, closing with a note about Dougherty’s misinterpretation of his father’s letters: the longing he couldn’t hear over his own bitterness.) The unhappy present shadows and perhaps distorts all memories of past happiness. Everyone has his own understanding, his own “side,” and whether they blame one another or protect one another, the secrecies which are the flesh of any family often become swollen and inflamed. Against these only-human stories Dougherty sets the story written, against everybody’s will, in his face and his gestures, which are his father’s.

If, by the end of this book, I was more attentive to what it elides than what it highlights, that reflects my own privileges as someone who grew up with her biological, married parents. Those who grew up in other circumstances may find Dougherty’s book even more powerful and illuminating than I did. But it also reflects the fact that I’m a convert, from secular/Reform Judaism. I’ve sung “Faith of Our Fathers” in church and it never gets less weird, let me tell you. If I were to tell a story about the intersection of patrimony, oppressed and resistant nationhood, and religious faith, it would not be the story of my discovery of Catholicism. It would be, for example, the day not too long ago when I attended a family bar mitzvah, and watched as grandparents handed the Torah scrolls to parents and then the parents handed the scrolls on to the bar mitzvah boy. And then in the car on the way home we heard the news that a man had opened fire at the Tree of Life Synagogue in Pittsburgh, killing eleven of the worshipers.

And so I noticed all the places where Dougherty wants to conflate faith and patriotism, truth and inheritance. It’s a desire he sometimes resists, but it’s woven throughout the book. It’s why he sometimes gets saccharine: Would James Joyce–or Shane MacGowan!–want to be “an inheritance to be treasured and passed on”? I think it helps explain the whiff of strength-worship, the praise of sacrifice for its own sake, sacrifice valued because it’s proof of masculinity. Dougherty excoriates the modern Irish for worshiping the strength brought by money and international acceptance. But he’s also clearly drawn to rhetoric of “becoming hard, proud, and valiant”–terms he borrows from Patrick Pearse, for whom the nation should be “all holy, a thing inviolate and inviolable, a thing that a man dare not sell or dishonour on pain of eternal perdition.” It should be unsettling to read that as a Christian; it’s definitely unsettling to read it as someone who did literally the only thing that can get the Jews to stop claiming you as their own.

This conflation of faith and patriotism may help explain the occasional brusqueness with which Dougherty addresses the actual crimes of Irish institutions. When I saw The Devil’s Doorway, a new Irish horror film set in a Magdalene Laundry in 1960, the director mentioned that former Magdalene inmates would drive across the country to see screenings, and would come up to her afterward, moved and shaken by the fact that someone was telling their stories. Those women are as much (holy Catholic) Ireland as anybody if not moreso, you know?

The Pogues’ very best lines, I think, are from “Thousands Are Sailing,” their American immigration song:

Where’er we go, we celebrate
The land that makes us refugees….

Ireland captures the poignancy of that celebration from overseas, the inherent ambiguity of it and the strenuous love which tries to overcome the ocean. But it over-defends, and so it can’t acknowledge all the reasons people can become refugees even if they never leave.

The other great elision is Dougherty’s unreadiness to talk about who he is as an American, in America. Because the thing is, he lives here. I don’t say this to be all, “You say everybody should sacrifice for the nation but you won’t even live there!” because people have lots of reasons for what they do and I don’t know his life. (Although like, can he really take for himself the last words written by a man killed in the Rising, the farewell he wrote his family after he’d already been shot, if he won’t live there.) And this absence in the book may be the result of Dougherty’s decision to frame it as letters to his father, for whom the duties of American life and history aren’t relevant. But listen to this description of what it means to belong to a people:

I see in the Rising that a nation cannot live its life as a mere administrative district or as a shopping mall; nations have souls. …I see that nationality is something you do, even with your body, even with your death. I see that a history of plunder does not oblige those plundered to despair; it obliges them to hope, and to act on that hope.

That’s stirring stuff. And the Americans it most closely describes are black people. The American Wolfe Tones aren’t Bruce Springsteen or Dolly Parton or even Johnny Cash; they’re Public Enemy and Nina Simone. Or–there are parallels with American Indians’ history, and many Latinos’ also. But this is not, here’s the thing, a great description of what it means to be a white American. By the end of Ireland I was pretty frustrated by the conspicuous absence of any exploration of what Dougherty might owe as an American, to America and especially to the peoples oppressed here now. People laugh at Oirish-Americans, “we were indentured servants too, NINA NEVER FORGET!!!!” etc etc, but being “Irish-American” doesn’t have to be an escape from the responsibilities of being a white American. It doesn’t have to be; maybe don’t let it be.

I would love to read a sequel to this plangent, heartfelt book. Call it Motherland–a book as deft in its irony as in its longings, a book in part about being born on the wrong side of history (the conquerors’ side) and the duties that heritage imposes; not about the humiliated resurgent but the willing acceptance of humiliation. A book, maybe, about the feeling of never being at home in the only place you can never escape: the closest thing there is to a universal American experience.

All the “American flag shamrock” images I could find were copyrighted so you get an unnecessarily-bitchy image of a Shamrock Shake (TM), via Flickr. Post title is, of course, from the Pogues, “The Body of an American.” 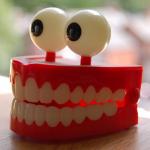 May 14, 2019
Seeking Stories of Dentistry as a Corporal Work of Mercy
Next Post 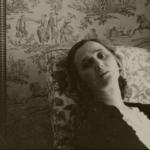 June 2, 2019 Raissa Maritain : Souffrance :: me : Sleaziness
Browse Our Archives
get the latest from
Eve Tushnet
Sign up for our newsletter
POPULAR AT PATHEOS Catholic
1

Whose June Is It?
Mudblood Catholic
Related posts from Eve Tushnet