The Catholic Herald with breaking news from the Middle Ages:

The standard textbooks on the history of Western choral music certainly portray it as a largely male preserve, maintained by male composers writing works for men and boys to sing. The contribution of women gets acknowledged at the very start of things, when Hildegard of Bingen and her nuns were singing in the 12th century. But thereafter, women disappear from the narrative – unfairly, says Stras, when there was actually so much going on.

To prove the point, she has put her scholarship to practical use by co-founding an all-female vocal group, Musica Secreta, which exists to retrieve this convent music from oblivion. And the group performs next week at St Pancras Parish Church, London, as one of the opening events for a year of music by women which is the core theme of the 2019 programme at nearby Kings Place concert halls. A year that bears the title Venus Unwrapped.

The unwrapping that Stras has been engaged in is already quite remarkable. As she says, “this great wealth of music in convents was happening all over mainland Europe in the 15th century, especially in Italian cities like Verona, Bologna and Ferrara, but also in England where there were prominent musical establishments at Barking Abbey and Syon Abbey.

“But the problem is that when these convents got closed down – either at the Reformation or later on during the Napoleonic conquest of Europe – their libraries were scattered. The music manuscripts were lost or fragmented. And what survived was often in an ambiguous form with no named author and no clear indication as to whether it was intended for male or female voices. So the assumption tended to be that it was male and, what’s more, written by a man. But that assumption can no longer apply, because we know now that there were so many female establishments that excelled in music-making.”

more! (tbh I know nothing about the scholarship behind which of these works Prof. Stras is attributing to nuns specifically, but this is still fascinating and I wish I could attend the concert) (ETA: YouTube to the rescue!) 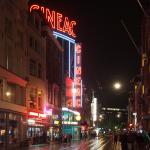 January 10, 2019
I Shall Do Thee Mischief in The Anvil: I watch "Cruising"
Next Post 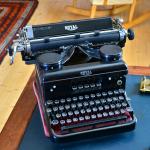 January 11, 2019 Credit in the Straight World: I watch "Can You Ever Forgive Me?"
Browse Our Archives
get the latest from
Eve Tushnet
Sign up for our newsletter
POPULAR AT PATHEOS Catholic
1

Catholic
A Final Note on CDF, Blessings, And the...
Eve Tushnet
TRENDING AT PATHEOS Catholic

A New Extra-Millennial Book About Friendship as a...
I'm in the America spring books issue: As contemporary secular writers notice...
view all Catholic blogs
Copyright 2008-2021, Patheos. All rights reserved.
error: Content is protected !!