The Summoning Bell: My Top Five Novels of Institutional Life

I love “institutional novels”: novels whose characters whose lives are shaped, often against their will, by the institution in which they live. Monasteries, prisons, boarding schools (though not colleges–the college novel is a different beast), communes and hospitals. Institutional novels are about the attempt to form a human life in the service of one overarching purpose; they’re also, of course, about the million ways we resist this trellising of the soul. (In this sense The Canterbury Tales is an institutional anthology, in which the role of the monastery is played by the pilgrimage.) I love writing this stuff–Amends is arguably set in the institution of the reality-tv addiction show, and the novel I’m trying to sell is set in a halfway house and a cult.

This coming Sunday would, if Sunday didn’t “trump,” be the feast of St. Jean-Baptiste de la Salle, founder of the Christian Brothers and patron saint of Foucauldians. In his honor, here are my five(ish) favorite institutional novels. Tell me yours!

5. I was torn as to which of three prison novels to put here, but honestly my answer is Jean Genet’s Miracle of the Rose. This book has a lot of sordid wallowing in wickedness, the endless adolescence of someone who never got to have a childhood. It’s haunting and raunchy, lyrical and harsh. Here’s a bishop, visiting a children’s penal colony: “It is a very deep comfort to me, coming from cities where perverse unrest tries to make men forget God, to enter this oasis of religious calm.” And then a fight breaks out at the elevation of the Host.

(But in this slot I should also mention Dostoyevsky’s House of the Dead and Hans Fallada’s Once a Jailbird. Fallada is an amazing writer of institutional phantasmagoria. OAJ and The Drinker are both good but his most hallucinatory institution is the Nazi prison in Every Man Dies for Himself Alone.)

4. Herman Hesse, The Glass Bead Game. Still waiting on possible publication of the long essay I wrote last year which fit this science-fiction novel into the lineage of 20th-century “novels of decline,” but until then I’ll say that I first read this novel as a college freshman and I suspect it shaped my outlook more than I realized. It’s a lightly ironic hymn to hierarchy and peace, to harmony and selflessness. And its hero, seeing that all the achievements of the intellectual utopia of Castalia will be lost, becomes an individualist–the last thing he ever wanted.

3. Antonia White, Frost in May. I’ll be writing more about White and Frost later, but for now I’ll just say that I think this slender, raw satire of life in an English convent school, in the years just before World War I, will be startlingly familiar to my friends who grew up in strict Catholic environments. Weaponized humility, the inextricability of beauty and cruelty, schoolgirl passions and the fear of sanctity–it’s all here. The destruction of the Dante play is a crystalline microcosm of what this harrowing, very funny novel is all about.

2. David Foster Wallace, Infinite Jest. The twin institutions of the tennis academy and the halfway house both give Wallace stages on which to play the comedy of discipline; and the tragedy of the undisciplined heart. Obviously discipline is ridiculous but would you rather be ridiculous or dead?

BONUS: Probably the boarding-school novel for children should be separate, as it’s very much its own genre, but I can’t end this post without praising Diana Wynne Jones’s Witch Week (set in a refuge-school for children of witches in a world where witchcraft is banned; one of the funniest books I’ve ever read) and the book I just finished re-reading, John D. Fitzgerald’s The Great Brain at the Academy (a loving portrait of a child con artist at a Jesuit academy in early 20th-century Utah). Those are both delights, and the Fitzgerald is an especially sweet depiction of the clash between good institutional intentions and the wayward, foolish hearts of both priests and pupils.

Picture of a completely unrelated convent school via Wikipedia. 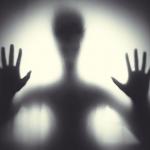 April 4, 2019 Virgins and Devils: I review "The Devil's Doorway"
Browse Our Archives
Follow Us!

The Demand to Open Churches Is...
suspended in her jar
Related posts from Eve Tushnet