Do You Die?: Two book notes

Last week my time travel rosary ticked over into 2012, The Year I Quit Drinking. In honor of the event I revisited a novel I read in my last days of drinkin, Michelle Huneven’s Blame, and also finally dove into Cat Marnell’s memoir, How to Murder Your Life. In tone of voice they couldn’t be more different. Blame is serious and kind of stodgy; Murder is dizzy, glitzy, and damaged. Sample sentence from Blame: “That life, she thought, that beautiful life is over.” Sample phrase from Murder: “applied NARS Cruella to my lips and dabbed a little Laura Mercier Secret Concealer on my crusty forehead wound.”

But I liked Blame a lot anyway! Blame is about a professor who wakes up in jail; she tries to joke around with the cops, they’ve all seen her before since she puts the DUI back in Ph.D., but this time everybody’s really angry and grim, and she doesn’t know why until they pull out her case file and she sees the label: HOMICIDE. They tell her that when she was blackout she struck two people with her car. That life, she thinks, that beautiful life is over.

I’m going to spoil a part of the novel’s big twist, partly because I think telling you this will make you more likely to read it and partly because imo knowing what the twist is but not which direction it will come from makes the book a lot more suspenseful. But skip down to the Marnell stuff if you hate all spoilers.

Here we go: Our abhorrent hero Patsy was not at the wheel that night. She won’t learn this fact until like the last forty pages of the book, though. She’ll go to prison, she’ll meet with the surviving husband and father of the people she killed, she’ll fight wildfires and get sober and go to therapy and do anything she can to accept and somehow live through the horrific lightless tidal wave of guilt. She’ll turn her life around and become generous, patient–someone who knows herself to be permanently in the wrong, because she killed two people while driving drunk. Walking that razor line between humility and self-hatred. She restricts herself from anything that seems like it’s insufficiently selfless. In that mentality she gets married. Whoo boy. She even knows that her husband picked her out because he likes to rescue people, he likes women who feel their terrible need of rescue. This will end well!

The prose is fairly workaday and when I did notice it, it was sometimes because a simile didn’t quite fit the person through whose eyes we were seeing the scene. But the relationships in Blame are real, nuanced, complex and vivid. I loved Huneven’s description of the power of sex–Patsy’s erotic hunger, when she gets out of prison, is overwhelming and Huneven gets us right inside her feelings, so we understand exactly why she doesn’t care that she’s making Unwise Choices. I found myself guessing which person was really driving that night, and whether it’s somebody we know; I won’t give away the answer, but there are a few candidates, and assessing their attention to Patsy from that angle makes you really feel the tenuousness of her life, how shattering it would be to try to reinterpret the life you’ve built with decades of brutal effort.

If there’s a thematic overlap with the Marnell memoir it’s that both of them explore, without ever saying these words, the AA cliche, “See your part.” “See your part” means, Make an honest reckoning with what you’ve done. In the hands of a clumsy or callous sponsor it can become a weapon, making it seem like other people’s actions are your fault: because you reacted selfishly when they acted thoughtlessly, say. Or because you were drinkin’ when they harmed you. I think the purpose of “see your part” is not only to expose what you did but also what you didn’t do. See your part, but remember that your part is rarely the whole. Often we react badly in circumstances where we were harmed, and our reaction is our part but the harm isn’t. Often we make bad, self-absorbed decisions and then other people make us suffer for them, and their choices are still theirs even once we’ve entered our choices into our inventory.

Blame has a couple painful scenes which explicitly address the ways people try to make Patsy take the whole of the events of her blackout instead of only her part. But it also always remembers that the contempt she experienced in prison wasn’t some kind of karmic balance or purgatorial cleansing. Other people’s contempt is completely separate from her own amends. Other people’s contempt was never her part.

Marnell I’ve loved for a long time, back when she was liveblogging her addiction for xoJane. MORAL JUSTIFICATION OF READING ANY MEMOIR BUT ESPECIALLY THIS ONE TK TK TK. How to Murder Your Life not only brought back all my love for her writing–she writes like a prison memoir scrawled in glitter pen, her sentences grabby and glowing and then suddenly heartbroken. Murder also helped me identify something deeper in her prose, and feel free to laugh, because I’m about to become once more a self-parody: What makes Cat Marnell’s writing so great is her humility.

Her description of her first beauty internship is a capsule explanation of her appeal and also her addiction history, like an excerpt from The Life-Changing Magic of Having No Boundaries or Self-Respect: “If I said no even once, then game over–or so I imagined. I never said no, so I didn’t get a chance to find out!” She sounds like a monk, if his elder was a beauty editor! …She sounds like a person who a hundred or so pages later will be saying, “Thank you,” when a guy decides not to date-rape her.

She’s so in love with her work, and so submissive to it. More than once she makes clear that one of the things she most judges and fears in herself is being “disrespectful.” It’s bad to have pride and good to have self-respect, but if you don’t have either, how can you tell the difference?

(One reason the book works so well is that when she does get a little power at her job she absolutely abuses it, which she describes unsparingly.)

There are a lot of truly harrowing sequences here; a “content warning” for this book would sound like Stefon from SNL. This club has everything! Suicide attempts, multiple abortions, several DIFFERENT kinds of sexual assault, self-mutilation, fancy rehab, sketchy rehab, hallucinations, bulimia–and the world’s worst mouse! Marnell handles it all with so much grace, really–she knows the real weight of what she’s telling you (or, mostly she knows) and her defensive performance of insouciant dizziness only lets her real emotions bleed through more clearly. Part of the book’s honesty is the way it shows nothing helping until Marnell is ready. (If then!) Harsh punishment, total impunity, care and support, balanced consequences, second/third/fortieth chances–you can Just Say No to all of that, if you want to.

The book wraps up super fast, that’s a flaw in both style and persuasiveness. This is not The Night of the Gun, where even the chapters about the bad old days are really about life in sobriety. This is a classic addiction memoir where the stuff about not being addicted is tacked on at the end of the gutter crawl like the song you play to get everybody out of the bar at last call. There’s also the “see your part” issue. With her parents, especially her father, Marnell describes a lot of pretty destructive parenting, and then says, basically, He loves me and I love him, and we’re really close now, and if you think he was a bad parent then you can go kick rocks! Understandable, from a certain self-abasing angle admirable, and yet…. There’s a moving paragraph where she gives an understated account of just how badly her own chaos traumatized him; she also calls herself a brat when it’s pretty clear that she was a scared, unguided teenager. There are just a bunch of defenses of people here, that don’t prove what she thinks they prove. Or maybe it’s not my place to say that, maybe she gets to be right about her own personal dad. But I can say that her account of her own character is sometimes (only sometimes!) unpersuasively harsh. 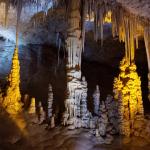 November 30, 2020 From the Cradle to the Tree
Browse Our Archives
get the latest updates from
Eve Tushnet
and the Patheos
Catholic
Channel
POPULAR AT PATHEOS Catholic
1