Man Is the Warmest Place to Hide: Short movie reviews

In the order I saw them! So there are some wild mood swings here.

Venom: Let There Be Couples Counseling. A delightful romp about an extremely gay-coded tentacle alien and his dubiously consenting life partner, wrapped around a depressing and poorly-handed story about the prison-industrial complex.

Days of Heaven: Remember how Abraham told the Pharaoh that Sarah was his sister? Remember how that turned out? Terence Malick reimagines this Biblical, or Bible-haunted, story on a Depression-era farming estate. It’s Malick so there are women twirling in wheat fields, but putting his voiceovers in the mouth of a sly preteen girl makes them more charming and less, idk, studied in their ingenuousness. The fiery climax, which starts with such a tiny sign, as all our transgressions have their scouts and forerunners, is genuinely stunning. I am a Malick skeptic but this was sharp, not self-indulgent, and achieved the “epic in a nutshell” feeling it was going for.

A Funny Thing Happened on the Way to the Forum: What an odd movie! Look, I love Zero Mostel as much as the next Jewish nostalgia addict, but it was simply a very strange decision to film a relatively straightforward adaptation of Plautus’ Pseudolus at the height of the 1960s. It’s Plautus so slavery is absolutely everywhere, everything is horror slapstick; it’s the ’60s so everything’s colorful and people say, “Freedom!” a lot, in case that makes things better. And there’s cheesecake marbled with not particularly low-key racism. I have never seen a Plautus adaptation so this was great on that level, it really does feel like him in certain ways, while also feeling intensely and not too pleasantly of its time. Sondheim gives you clever lyrics throughout but the only actually great song is the one you already know, “Comedy Tonight.” What an odd movie!!

In America: Small, touching fable of an Irish immigrant family in 1980s New York City, and the way their hidden unhappinesses and longings intertwine with those of their black neighbor. A lot of heartfelt emotion; also, an interesting example of a character who would be a Magical Negro/Manic Pixie Dream Guy if the people he played that role for weren’t playing the exact same role for him. That’s a haunting, subtle story, making the movie’s comedy more gentle and its sorrows somewhat more shared.

The Hand of God: Episodic not-quite-bildungsroman by the guy who did The Great Beauty, but lacking that film’s mystery and glamor. So it just kind of feels like a bunch of stuff that happens.

Between Two Worlds: Based on a true story and that’s the problem. The main character is a writer (Juliette Binoche) who pretends to be destitute so she can take precarious jobs as research for a book on how le autre French word for half lives. She works, she aches, she’s treated with either contempt or semifond strictness, she befriends people in real straitened circumstances, and then, of course, they discover the truth about her. There are accusations of betrayal and lying, but she writes her book anyway, there’s an unsavory mix of reconciliation and cop-out but that’s not the real problem here. The thing is that the irl book was, presumably, about the work and the actual working-class people, whereas the movie is about the writer. She’s not that interesting!

I’ve read a fair amount of books etc depicting hard, precarious labor for an intellectual audience presumed to have no firsthand experience of it, so maybe I was the wrong audience for this movie; it felt overfamiliar. To the extent that it added anything, I think it does show the difference between a boss who genuinely views you as contemptibly fungible and a boss who imposes backbreaking conditions on you but also cares what happens to you. Hélène Lambert is wonderful as the hardest-bitten of the people the writer meets. Binoche, and I know I’m about to get a whole gay posse after me for this, is only okay. Not her fault since, as stated above, her character is just not that interesting!

Petite Maman: An odd little film about a girl who encounters the past versions of her mother and grandmother. It’s a short movie but starts quite slow; it took me a while to get into the growing friendship between Nelly (little girl, no time-bending weirdness) and Marion (little girl but also Nelly’s mom), but once they started acting out mystery scenes with one another, I was hooked. Both little actresses are wonderful, and the themes of grief, friendship, love between mother and daughter, and the uncertainty of the future touch every necessary chord. The scene where the two girls boat together through an artificial island cave, while (iirc) the only non-diegetic music plays, is truly touching.

The Red and the White: Incredibly strikingly-filmed Hungarian movie about the Russian Civil War. I admit that I found it difficult to keep track of which cheekboney man was on which side when (this is also a problem I’m having as we read Doctor Zhivago in my Russian class). To me, one of the interesting things about the film was how it lay strangely Salo-adjacent. Like that film, it used framing and distance in some of its scenes of cruelty, as in the powerful moment with the nurse collapses naked on the jetty; there’s an enormous emphasis on discipline of the body, as almost every scene involves people being ordered to go here, no, here, undress in this way, shirts off, toward me, now back…. The forced waltz in the woods also should be seen if anything I’ve said so far interests you. Miklós Jancsó is more romantic aka more propagandistic than Pasolini, but, well, that does mean the movie is significantly less repulsive to watch, if that’s a selling point for you.

The Stepfather: This movie, from director Joseph Ruben with a script by Donald Westlake, has one of the great posters of ’80s horror. Terry O’Quinn is phenomenal as a serial killer whose m.o. involves marrying a suburban mom and presenting himself as a champion of strict Reagan-era family values. You could write a fairly obvious Vox article about all of that, but unlike many contemporary horror flicks, the movie isn’t “about” the politics of its situation. It is here to scare you and it’s gonna do that quite effectively and then move on.

Very skillful use of sudden violence; great if somewhat aggressive late ’80s score; fantastic editing by George Bowers, so many shots held just long enough to unnerve; great use of close-ups, great framing e.g. in the first big scene of onscreen violence. (Also an obligatory shower scene featuring a character who’s supposed to be 16, It Was A Different Time.) This is just a very well-done, bad-mood horror film–with a cheeky, charming Freudian kicker. Streaming on Shudder.

(Title of this post is a truly disturbing tagline for the remake of The Thing.)

November 8, 2021
"The Violence of Reason": I review a retrospective of Cold War SF
Next Post 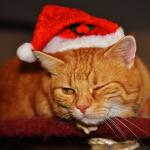 December 23, 2021 The Lord Yeeteth and the Lord Yoinketh Away: 2021 best-of
Browse Our Archives
Related posts from Eve Tushnet

Catholic
"Have You Ever Heard of Insect Politics?": Short...
Eve Tushnet