Wall Street and big banks are doing just fine. Their profits are soaring. Meanwhile, 6-8 million have slipped into poverty, millions have lost their jobs, and people are going hungry.

And guess what?  Even Goldman Sachs says that the Biden/Harris economic plan will be much better for the economy: “we think a Democratic sweep would likely lead to more stimulus and a positive change in the output gap …”.

Moody’s says the Biden/Harris economic plan will create over 7 million more jobs than Mr. Trump’s policies.  As these charts from Moody’s analysis show, if the Democrats are in charge things will be much better economically than if Trump maintains power.

We need an economic recovery with justice—in which profound economic inequality and systemic racism are also dealt with.  Joe Biden will work hard to make such a transformation a reality.  He knows what it’s like to face hard times — and he knows what it takes to make them better.

“My dad used to say, ‘Joey, a job’s about a lot more than a paycheck. It’s about your dignity. It’s about respect. It’s about your place in the community. It’s about being able to look your kid in the eye and say, “Honey, it’s going to be okay”, and mean it.’  That’s a lesson I’ve never forgotten. It’s what I grew up with, surrounded by hard work and families and Scranton, Pennsylvania.” 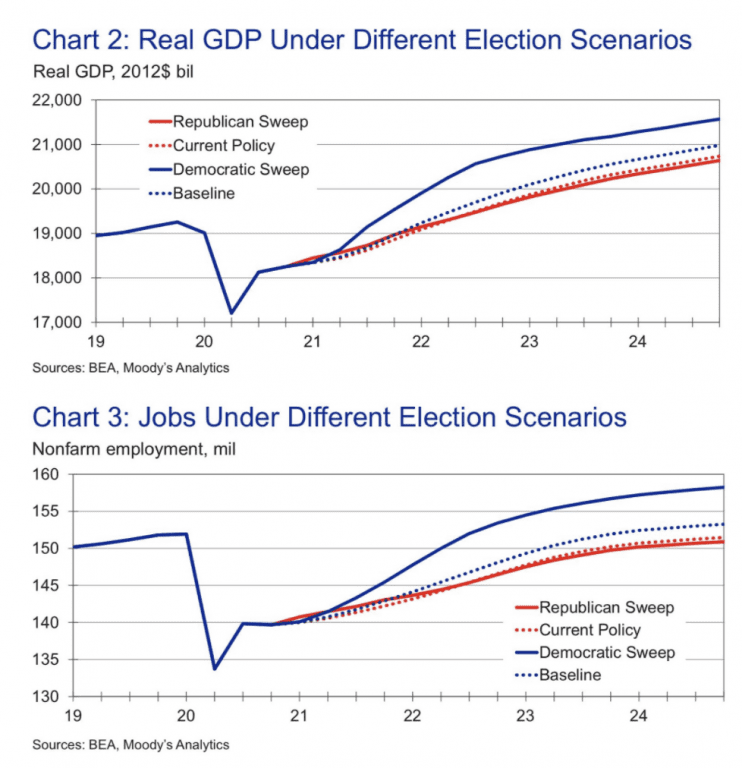 October 14, 2020
Republican and Democrat Christians Unite under New Super PAC “Not Our Faith”
Next Post