There’s a scene in the 2010 film Of Gods and Men in which a group of monks sit down for a meal. They are film’s protagonists, living in Algeria during the 1996 civil war. As French foreigners, they have the option to leave, and much of the drama revolves around their decision to stay despite the risks to their lives. The monks sit down to a “last supper” at which they both celebrate their community and struggle for the strength to face the coming danger.

The camera slowly moves from one monk to the next while “Swan Lake” plays in the background, focusing in on their faces and the fears and doubts visible there. The result is a deeply moving sequence that is luminous in its respect for the human person. When I first saw this scene in college, it was part of a three-part film viewing that focused on religion and film. We watched Carl Theodor Dreyer’s 1928 film The Passion of Joan of Arc, Of Gods and Men, and Tree of Life, and discussed them after. This was probably the first time I started to appreciate film as more than a means of passive relaxation, and the last supper scene from of Gods and Men stuck with me particularly.

It wasn’t until later that I got the vocabulary for why this scene affected me so powerfully. In her essay collection The Death of Adam, Marilynne Robinson writes:

It seems to me that, when we lost our aesthetic pleasure in the human presence as a thing to be looked at and contemplated, at the same time we ceased to enjoy human act and gesture, which civilization has always found to be beautiful even when it was also grievous or terrible, as the epics and tragedies and the grandest novels testify.

Robinson further contrasts the contemplation of the human person with the exploitation of the human form to sell products. Whatever you may think of her historical thesis, for me, this passage instantly brought to mind the last supper scene in Of Gods and Men.

I grew up watching pop culture movies, and still enjoy them. And I wouldn’t make a hard and fast distinction between high and low culture here. But I think there is a distinction between films that honor the mystery of the human person and those that gloss over it, between those that encourage contemplation of a sort and those that don’t. Making this distinction was the step that allowed me to see how watching movies was a valuable use of one’s time, not just a bit of escapism amidst the Serious Business of life. And it was what made me want, for the first time, to really gain some familiarity with the “canon” of classic movies.

Since I saw Of Gods and Men, I’ve been on the lookout for other movies that captured me the way that film did. Terrence Malick’s films do this for me, as does Babette’s Feast (reported to be Pope Francis’ favorite movie). And so, I ask the reader for some help in the comments. What films have struck you in this way? What should I watch? 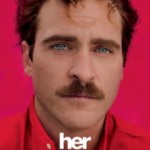 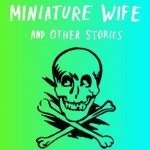 February 24, 2014 The Miniature Wife
Recent Comments
0 | Leave a Comment
Browse Our Archives
get the latest from
Evangelical
Sign up for our newsletter
POPULAR AT PATHEOS Evangelical
1