Flashback: Over 75 years of movies based on Acts! 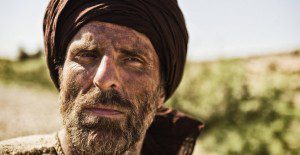 The final episode of The Bible airs tomorrow night, and, if the publicity materials are anything to go by, it will be one of the relatively few productions that has gone beyond the life of Jesus to include at least some episodes from the rest of the New Testament.

To mark the occasion, I have re-posted a few articles of mine on the handful of other movies that have been based on the Book of Acts. Click here for a 1997 article on The Visual Bible’s Acts (1994), A.D.: Anno Domini (1985) and Peter and Paul (1981); click here for my review of The Bible Collection’s Paul the Apostle (2002); and click here for a video column that includes a brief note about Saint Peter (2005).

I’m aware of a few other films on the subject, but I don’t think I’ve written formally about any of them — though I did post some brief comments on Paul: The Emissary (1997) at the Arts & Faith discussion board almost a decade ago.

In the case of Roberto Rossellini’s Acts of the Apostles (1969), I haven’t even seen the film yet, because it has never, to my knowledge, played in any of the local theatres or been available in any of the local video stores — and while it is possible to find at least part of it on YouTube, I can’t find a version that has English subtitles. However, my friend Matt Page has had some luck finding and seeing Rossellini’s film, so if you’re interested in learning more about it, check out his blog posts on the subject.

Finally, many thanks to Mark Goodacre for noting a little while back that Life of St. Paul (1938), a series of short films totaling about two hours, is up on YouTube:

The sequence of these episodes seems a little off, to me, as the first short film depicts Paul’s martyrdom and the later films tell the life story that took place before that martyrdom — but this is still a very interesting film (or series of films) in its own right, and from fairly early in the sound era, to boot. (The first British “talkie” was Alfred Hitchcock’s Blackmail, released in 1929 — just nine years earlier.)

I especially like the way this film brings to life a number of the minor characters whose names pop up in the Pauline epistles, and I like the way it brings to life those epistles themselves, by showing Paul dictating them and — more crucially — by showing how the people who received those letters would have read them aloud to one another and might have even begun to memorize them.

I also like the way dramatizations like this can highlight aspects of the story that might slip our minds when we’re just reading the text. For example, Paul’s letter to Philemon concerns the fact that Paul is sending a runaway slave, Onesimus, back to his former master — and since both the slave and the master are Christians now, Paul wants them to be reconciled. But in the film, when Onesimus returns to Philemon’s house, it is not Philemon himself that Onesimus must deal with first but the servant who answers the door — which opens up the social world within which Paul wrote that letter just a little bit more than I think I had ever really considered before. 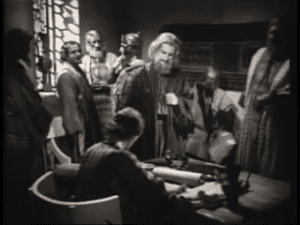 I also get a kick out of the way the film stages Paul’s dictation of the letter to Philemon; instead of showing just Paul and his scribe, it gives us a room full of people, so that when the five names at the end of the letter all send their greetings, you really do get the sense that it isn’t just Paul who is going to be keeping an eye on Philemon. There are witnesses here.

Anyhoo. That film had two hours, Rossellini’s film had almost six, and most of the other films I’ve mentioned here have fallen somewhere between the two. The final episode of The Bible, on the other hand, will only have about an hour and a half (not counting commercials) to cover everything from the trial of Jesus before Pilate to the Book of Revelation — so it remains to be seen how much of the Book of Acts will actually find its way into the middle of this episode. We’ll find out soon enough, though.

April 6 update: I have updated this post to include a link to my comments on Paul: The Emissary, which was never mentioned by name in the original post.

March 29, 2013
Richard Griffiths: The link between Tarzan and Harry Potter.
Next Post

April 1, 2013The Bible: final episode, first impressions
Recent Comments
1 Comment | Leave a Comment
"I have neither noticed that much. I recenty read a leadership book inspired from Cyrus ..."
Hamid Mortazavi Cyrus the Great — a Persian ..."
""AD" stands for "Anno Domini", a Latin expression meaning "In the Year of Our Lord".So ..."
Peter T Chattaway The Chosen — season one, episode ..."
"Why does it say at the start of episode 3 that it takes place 26 ..."
Desiree Chamberlain The Chosen — season one, episode ..."
"What about Hellboy, The Grudge, Ghoulies, and Anaconda?"
45th Spiderbob Group VGCP When R-rated franchises go PG-13 …
Browse Our Archives
get the latest updates from
FilmChat
and the Patheos
Entertainment
Channel
POPULAR AT PATHEOS Entertainment
1