Jesus section of The Bible now a 135-minute movie 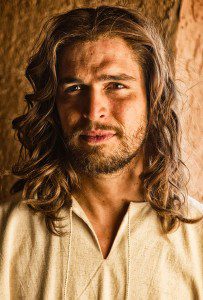 It has been seven weeks since The Bible producer Mark Burnett revealed that he was re-cutting the Jesus portion of the mini-series for a big-screen release and thinking about producing a follow-up to the mini-series for television, as well. Today, speaking at the Produced By Conference, Burnett declared that the editing on the Jesus movie is complete, and that the movie runs 2 hours and 15 minutes, rather than the 3 hours that had previously been indicated. (The New Testament section of the mini-series, most of which was based on the gospels, ran between 3.5 and 4 hours.) No word yet on what the TV follow-up will be, exactly, but Burnett did say that he and his wife, Roma Downey, “will do a follow-up to ‘The Bible.’ No question about that. Something big.” June 10 update: The Hollywood Reporter says the film will be 2 hours and 13 minutes long.

June 21, 2013 Christ the Lord: Out of Egypt to come out in 2015
Recent Comments
1 Comment | Leave a Comment
Browse Our Archives
Related posts from FilmChat