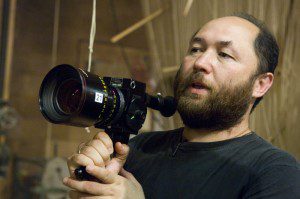 Last month, I noted that hyper-stylized scifi-fantasy action-movie specialist Timur Bekmambetov was in talks to direct MGM’s latest version of Ben-Hur: A Tale of the Christ (the studio previously adapted Lew Wallace’s novel in 1925 and 1959; other studios made their own adaptations in 1907 and 2010). Today, Deadline reports that the studio and the director have “closed their deal”. There is no word yet on when the studio hopes to release the film, or what sort of angle Bekmambetov will approach the material from. But last month it was said that the studio felt Bekmambetov had “a strong grasp on the story’s themes of revenge and redemption.” And presumably the studio is hoping that the three — count ’em, three! — Bible movies coming to theatres next year will whet everyone’s appetite for even more entries in this genre.

One of those three films is, of course, Son of God, the re-edited big-screen version of the Jesus episodes from the hit mini-series The Bible. (The other two films are Darren Aronofsky’s Noah and Ridley Scott’s Exodus.) And there’s one reported fact about that film that I don’t believe I’ve mentioned at this blog yet. Back in April, I wondered if Son of God would simply condense the footage we had already seen, or if it would add any new footage as well — and, well, several days ago The Hollywood Reporter reported that the movie “will take selections from the miniseries and add scenes that were left on the cutting-room floor”. So, that’s something to look forward to.

September 19, 2013
Lawrence of Arabia and the Hubble telescope
Next Post

September 25, 2013 New movie gives Egyptian gods the epic-fantasy treatment
Recent Comments
0 | Leave a Comment
Browse Our Archives
get the latest from
FilmChat
Sign up for our newsletter
POPULAR AT PATHEOS Entertainment
1