From fighting the Crusaders to advising the Pharaohs

From fighting the Crusaders to advising the Pharaohs November 20, 2013 Peter T. Chattaway 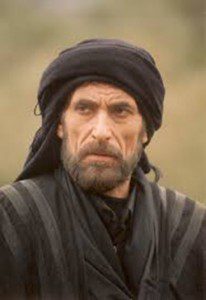 Here’s another bit of casting news for Ridley Scott’s Exodus — and one that doesn’t seem to be reflected on the movie’s IMDb page yet.

The Syria Times reports that Ghassan Massoud, who previously played Saladin in Scott’s Kingdom of Heaven (2005), has just finished playing one of the Pharaohs’ advisers in Scott’s life-of-Moses movie. This is how the Times describes his character:

Sometimes, he is silent, satisfied with watching everything in an observer’s eye, and other times he talks and gives Ramses advices when necessary. His silence is wanted to be as effective as his talk.

Hat tip to commenter “KEN”, who also noted in one of his recent comments that the Ben Kingsley character, who was originally described as “a Hebrew scholar”, will apparently be the father of Joshua, according to an interview given two months ago by Aaron Paul, who is playing Joshua himself. In the Bible, Joshua’s father is called Nun, but there is no word yet on what the father in the movie will be called.

November 19, 2013
Creativity, conventions, and music in Noah and its trailers
Next Post

November 21, 2013 Review: The Hunger Games: Catching Fire (dir. Francis Lawrence, 2013)
Recent Comments
0 | Leave a Comment
""AD" stands for "Anno Domini", a Latin expression meaning "In the Year of Our Lord".So ..."
Peter T Chattaway The Chosen — season one, episode ..."
"Why does it say at the start of episode 3 that it takes place 26 ..."
Desiree Chamberlain The Chosen — season one, episode ..."
"What about Hellboy, The Grudge, Ghoulies, and Anaconda?"
45th Spiderbob Group VGCP When R-rated franchises go PG-13 …
"Not yet, but I might do something like that once Season 2 is complete."
Peter T Chattaway The Chosen — season one scripture ..."
Browse Our Archives
get the latest from
FilmChat
Sign up for our newsletter
POPULAR AT PATHEOS Entertainment
1