How old was Sarah Connor, anyway? 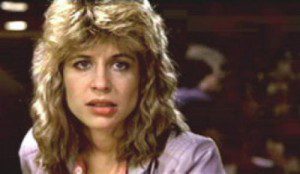 Longtime readers of this blog may recall that I wrote quite a few posts about the Terminator franchise during the lead-up to The Sarah Connor Chronicles (2008-2009) and Terminator Salvation (2009). Among other things, I tried to untangle the timeline of the first three films and show how Sarah Connor herself was partly responsible for the nuclear war, plus I devoted entire posts to screen-caps of all the actors who played John Connor, Kyle Reese and Dr. Silberman.

Well, it looks like I’ll have to gear up for another round of blog posts now. The Hollywood Reporter says the makers of the next Terminator film are looking for actors to play the “young Sarah Connor” and the “young Kyle Reese”, as well as the offspring of these two characters: humanity’s future saviour John Connor.

The article refers to the new film as a “reboot”, but says Arnold Schwarzenegger — who starred in the first three films — will be back as a time-traveling robot.

This raises the question: just how much of a reboot could this new film be?

After all, it was already increasingly difficult to believe that all of Arnold’s cyborg characters came off the assembly line together, what with the first three movies being made over a 19-year time span — and Arnold is now a decade older than he was the last time he appeared in one of these films, and he not only looks his age but jokes about it in his newest films, too. So if the fifth Terminator film is supposed to be a true “reboot”, why not just hire a new actor to play the title character?

The fact that Arnold is coming back leads me to think this movie may be a “reboot” only in the sense that Star Trek (2009) was: i.e., it will use time travel to create a new timeline that is different from all the timelines we’ve seen before (and there have been at least three, just within the films), but it will still bring someone back from one of those timelines to ensure some sort of continuity within the franchise.

And, thus, the reference to the “young Sarah Connor” — in a story where she will apparently be protected by a Terminator “as she grows up” — leads me to wonder just how this film can possibly square with what we’ve already seen.

For one thing, the Sarah Connor of the original films was only 19 years old when she gave birth to John Connor, which means she might have been only 18 when she conceived him in the original film. Don’t believe me? Just look at the police file on John Connor in Terminator 2: Judgment Day (1991), which notes that he is 10 years old during the events of that film (despite being played by a 13-year-old):

And then look at how, within that same film, Dr. Silberman says Sarah Connor is now 29 years old (despite being played by a 34-year-old): 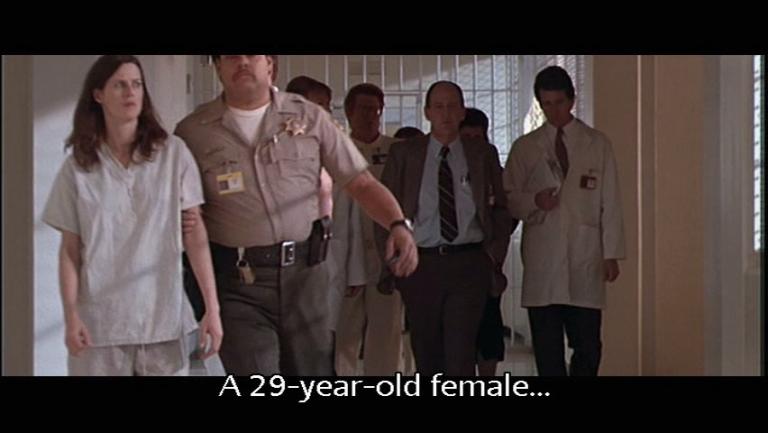 So, if Sarah Connor was only a teenager when the original film took place, then how young will the actress who plays her in the new film be?

Well, the Reporter says the filmmakers are currently looking at Emilia Clarke (26), Brie Larson (24) and Margot Robbie (23). So, not that much younger than Linda Hamilton, who was 27 when the first film was shot.

I have no idea how John Connor and Kyle Reese are supposed to figure in this story, if it does in fact take place before Sarah meets Kyle. Perhaps we’ll see them in the future as they send Arnold back in time? But the filmmakers are reportedly eyeing semi-major actors like Garrett Hedlund and Tom Hardy, respectively, for those two roles, so presumably they’ll be more involved in the story than that.

Hedlund, incidentally, is 29 years old, whereas Michael Biehn was 27 when he first played Kyle Reese. And Hardy is 36, which is only three years older than his Dark Knight Rises co-star Christian Bale was when he played John Connor in Terminator Salvation, which was set about a decade before John Connor started sending reprogrammed robots back in time to protect himself and his mother.

The Reporter says the company that currently owns the franchise hopes to start a “trilogy” with this next film. Well, the previous company wanted Terminator Salvation to be the start of a new trilogy too, and look how that turned out. So, we’ll see how things go, if and when the new film comes out in July 2015 as planned.

November 6, 2013
Peter O'Toole repeating himself in his 1960s films
Next Post