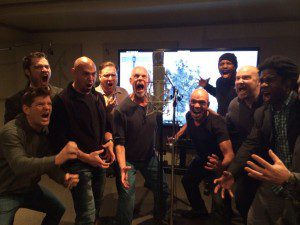 I have seen at least four different trailers for Noah so far — two that were shown at church conferences, and two that were released to the general public a couple of weeks ago — and if there is one thing that has been conspicuously absent from all four of those trailers, it is the gigantic fallen angels known as the Watchers. Oh, sure, I suspect that there are hints of those creatures in a few of the more cryptic shots in those trailers, but so far the studio has held back any bit of footage that might give us a clear sense of the role that they will play within the finished film.

Director Darren Aronofsky, on the other hand, has been teasing us with their presence in the film for a while, now. You might remember the “nephilim wuz here” picture, which didn’t really show anything, that he tweeted fifteen months ago. (In the Jewish apocrypha, the Nephilim are the offspring of the Watchers, but in Aronofsky’s film, these appear to be interchangeable names for the same basic set of creatures.)

Well, a couple days ago he tweeted yet another Nephilim-related picture. This time, it is a picture of the Nephilim “loop group”, i.e. the actors who are providing some of the vocal effects for these creatures. And if you look closely, it seems that we might even get a hint of what these creatures look like on the monitor in the background.

For more information on the role these creatures might play in Aronofsky’s film, click here to read a blog post of mine from July 2012, which includes an image of one of these creatures from the Noah graphic novel that Aronofsky co-wrote.

Here is a larger version of the image that Aronofsky tweeted: 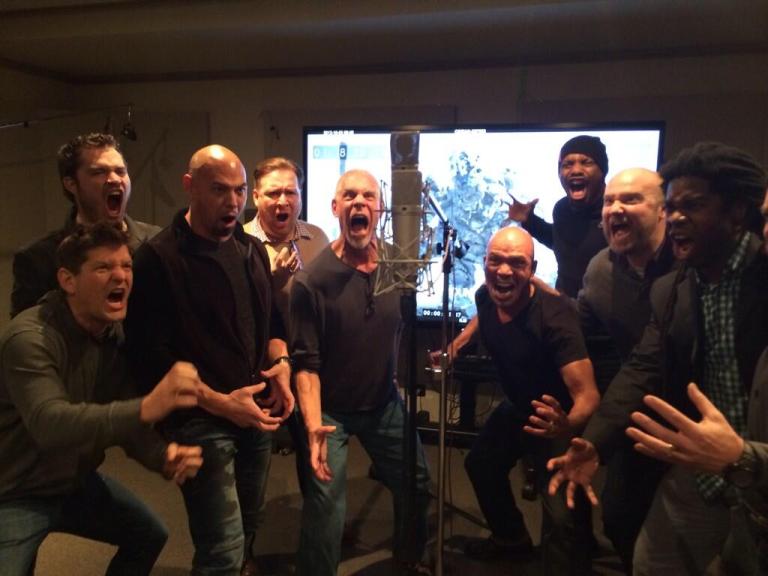 Also, here is another image Aronofsky tweeted, of the loop group that is providing the sound of the “drowning masses”: 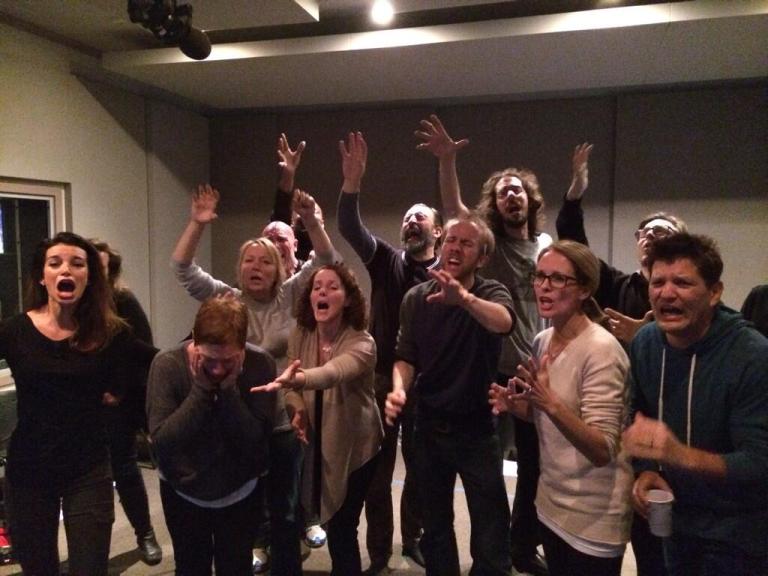