Like DeMille before him, Aronofsky tips his hat to Doré 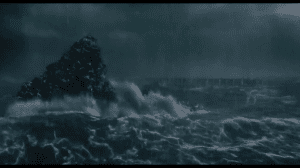 One of the most haunting images in Darren Aronofsky’s Noah concerns a mountain peak that has not yet fully submerged. People cling to the peak, desperate to survive, and cry out for help from the Ark that drifts by in the background — but no help comes. Instead, a giant wave crashes against them all.

When I first saw the film, I remarked to the publicist who saw it with me that the image had reminded me of a painting, though I couldn’t put my figure on who or what it had reminded me of, specifically. The publicist suggested Hieronymus Bosch, a Dutch painter from the late 15th and early 16th centuries.

But it turns out the inspiration for that shot was much more recent than that. My Patheos colleague Rebecca Cusey just posted her own interview with Aronofsky and his co-writer Ari Handel, and in it they reveal that the shot was inspired by the French artist Gustave Doré, who published his illustrated Bible in 1866:

Patheos: You took it down off the nursery wall, which I think needed to be done How much did you go back to older versions of the story. In the scene where the water first comes and they’re all on that rock of that reminded me of

Patheos: Is that the woodcutting?

DA: Yes, exactly, that’s good you’re the first person to pick up on that.

DA: That’s called the Doré shot, actually, it’s named after, that’s what we called it.

Here is The Deluge by Doré: 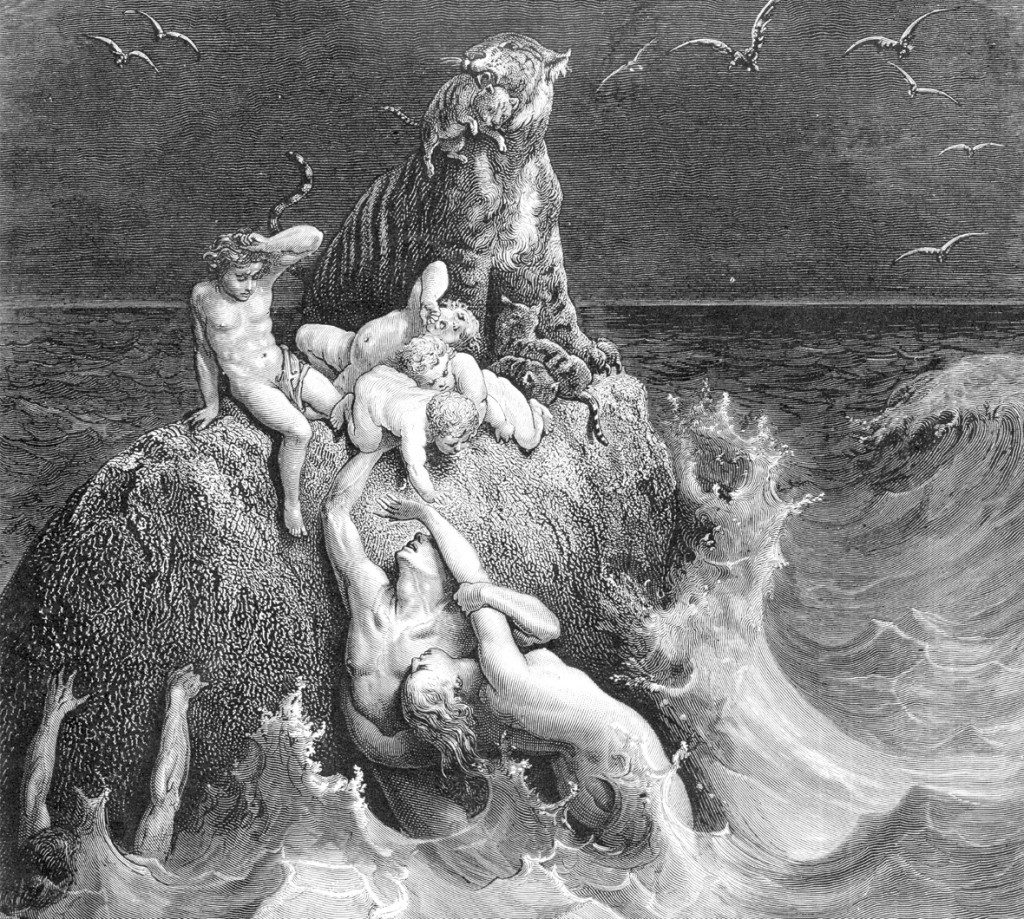 And here is a frame from the shot in question: 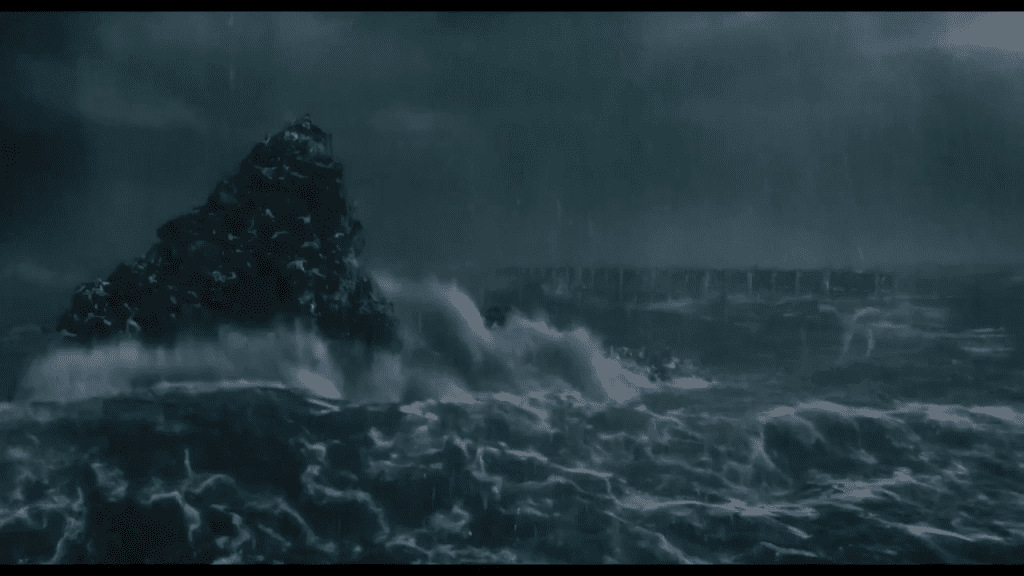 March 25, 2014 Noah video round-up: Tubal-Cain rallies the troops in a new clip, plus a new featurette on the animals and a new TV spot
Recent Comments
1 Comment | Leave a Comment
"Gentlepersons:While I am a lifelong Christ-follower and served as Chaplain to a graduate program in ..."
Darrell A. Harris Exclusive: Patrick and Paul Aiello on ..."
"I know this is from 5 years ago, but I just got around to seeing ..."
digital bookworm Exclusive: Watch the trailer for Becoming ..."
"Thanks so much for making this list. I was thinking of doing something similar, but ..."
Bill Kudrle The Chosen — season one scripture ..."
"Per Wikipedia: "In classical rhetoric and logic, begging the question or assuming the conclusion is ..."
Peter T Chattaway Review: The Most Reluctant Convert: The ..."
Browse Our Archives
Related posts from FilmChat 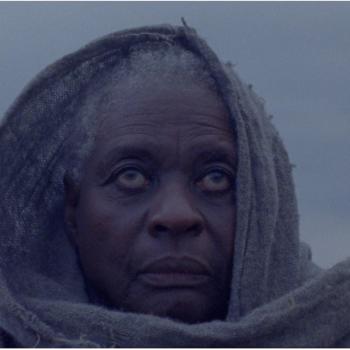