Noah at the movies — the article’s up! 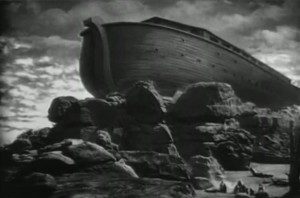 My article on the portrayal of Noah in film is now up at CT Movies.

It’s not an exhaustive list by any means — I would have liked to include a note about the three short Noah-themed Disney cartoons produced between 1933 and 1999, in particular — but I think I was pushing my word limit as it was.

March 27, 2014 Aronofsky's Noah: the poem that started it all is now online!
Recent Comments
1 Comment | Leave a Comment
"I have neither noticed that much. I recenty read a leadership book inspired from Cyrus ..."
Hamid Mortazavi Cyrus the Great — a Persian ..."
""AD" stands for "Anno Domini", a Latin expression meaning "In the Year of Our Lord".So ..."
Peter T Chattaway The Chosen — season one, episode ..."
"Why does it say at the start of episode 3 that it takes place 26 ..."
Desiree Chamberlain The Chosen — season one, episode ..."
"What about Hellboy, The Grudge, Ghoulies, and Anaconda?"
45th Spiderbob Group VGCP When R-rated franchises go PG-13 …
Browse Our Archives
get the latest updates from
FilmChat
and the Patheos
Entertainment
Channel
Related posts from FilmChat