Why did Mel Gibson want to make a Maccabees movie? 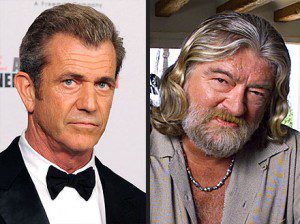 One of a few stories that came and went during my blogging hiatus concerned an attempt by Mel Gibson to make a movie about the Maccabees, the Jewish warriors who took their country back from the Greeks in the 2nd century BC. The project was first announced in September 2011, but by April 2012 it had been shelved, after screenwriter Joe Eszterhas turned in a script that didn’t pass muster. Eszterhas then accused Gibson of anti-Semitism, released a recording of Gibson losing his temper, and wrote an e-book telling his own side of the story.

This all comes to mind now because Allison Hope Weiner, a journalist who counts Gibson as a friend, has written a column for Deadline asking Hollywood to take Gibson off its “blacklist”, and along the way she makes a claim or two about the story behind Gibson’s aborted Maccabees project:

In his second apology on the anti-Semitic statements [that he made in 2006], Gibson promised to reach out to Jewish leaders. Gibson followed up by meeting with a wide variety of them. He gave me their names when I asked, but Gibson asked me not to publish them because he didn’t want them dragged into public controversy or worse, think he was using them. The meetings were not some photo op to him, he told me, but rather his desire to understand Judaism and personally apologize for the unkind things he said. He has learned much about the Jewish religion, befriending a number of Rabbis and attending his share of Shabbat dinners, Passover Seders and Rosh Hashanah and Yom Kippur dinners. I believe that effort, along with our conversations, helped him understand why Jewish people reacted as they did to The Passion Of The Christ and why there was Jewish support for the Second Vatican Council. Gibson has quietly donated millions to charitable Jewish causes, in keeping with one of the highest forms of Tzedakah in the Jewish faith, giving when the recipient doesn’t know your identity.

Gibson went well beyond a mea culpa tour. He came out of that experience determined to film the Jewish version of Braveheart. He set at Warner Bros a film about Judah Maccabee, who with his father and four brothers led the Jewish revolt against the Greek-Syrian armies that had conquered Judea in the second century B.C. That seminal story is celebrated by Jews all over the world through Hanukkah, the Festival of Lights. Gibson planned to direct, but the effort was undermined by the decision to hire Joe Eszterhas to write it. The screenwriter’s penchant for making public spectacles of private matters (he famously leaked a conversation when he said ex-agent Mike Ovitz threatened him), and Gibson’s unwillingness to publicly defend himself, doomed the film.

Gibson might very well have been emboldened to make the film based on his meetings with rabbis etc. But it bears mentioning that Gibson had been talking about making a movie about the Maccabees ever since The Passion of the Christ came out in 2004 — two years before he made the anti-Semitic remarks for which he apologized. As The Hollywood Reporter noted when the Maccabees film was first announced:

“The story that has always fired my imagination…is the Book of Maccabbees,” Gibson told Sean Hannity in a WABC ratio interview in 2004 when he was promoting The Passion. “The Maccabbees family stood up, and they made war, they stuck by their guns, and they came out winning. It’s like a Western,” he explained.

The Reporter goes on to note that Jewish leaders such as Abe Foxman objected to the idea of Gibson making such a film back in 2004 (“I would prefer to leave the fate of Jewish history and Hollywood to Steven Spielberg. The Maccabees…are our sacred history”), and they objected again when the film was announced in 2011.

So Gibson was interested in the story of the Maccabees for reasons of his own to begin with (see this interview that he did with Jeffrey Goldberg of The Atlantic, to get a sense of why the story excited him), and it’s probably a bit of a stretch to say that he tried to make the film because of his private meetings with rabbis etc.

Incidentally, one of the curious things about the Maccabees is that their story was left out of the Hebrew canon, despite its role in the origins of Hanukkah, whereas it has always been a part of the Eastern Orthodox and Roman Catholic canons (and indeed, both churches honour the Maccabees as martyrs). So a film about the Maccabees could definitely have broad appeal outside the Jewish community, as well.

There is, in fact, at least one film about the Maccabees already: an Italian-French co-production called Il vecchio testamento, or The Old Testament (1962). I have never watched it, but I see that the abridged American version of the film is on YouTube, starting with the clip below. Watch it at your own risk.

March 15, 2014
Listen to Patti Smith's theme song for Noah via the BBC
Next Post

March 16, 2014Son of God news round-up: a box-office update, thoughts on Peter Bart’s “open letter” to Mark Burnett, and more
Recent Comments
0 | Leave a Comment
""AD" stands for "Anno Domini", a Latin expression meaning "In the Year of Our Lord".So ..."
Peter T Chattaway The Chosen — season one, episode ..."
"Why does it say at the start of episode 3 that it takes place 26 ..."
Desiree Chamberlain The Chosen — season one, episode ..."
"What about Hellboy, The Grudge, Ghoulies, and Anaconda?"
45th Spiderbob Group VGCP When R-rated franchises go PG-13 …
"Not yet, but I might do something like that once Season 2 is complete."
Peter T Chattaway The Chosen — season one scripture ..."
Browse Our Archives
get the latest from
FilmChat
Sign up for our newsletter
POPULAR AT PATHEOS Entertainment
1