Another actor joins the Romans in the new Ben-Hur remake 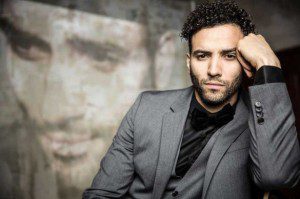 Deadline reports that Marwan Kenzari, a Dutch actor of Tunisian descent, has joined the cast of Ben-Hur in the role of Druses, a Roman officer who works for Messala, the Roman official who betrays his boyhood friend Judah Ben-Hur.

Druses appears to be identical to Drusus, a character from the original novel who appeared in the 1959 film, where he was played by Terence Longdon. (The 1925 and 2010 adaptations don’t seem to have any characters with either name, at least not according to their IMDb pages.)

However, the Drusus of the book is not mentioned by name until Book 4, Chapter 12, after Ben-Hur has already been sent into exile and returned as a Roman nobleman. Deadline, on the other hand, says Druses is “involved” somehow in Messala’s initial betrayal of Ben-Hur. So it would seem the part has been expanded.

This would not be the first character whose name was modified slightly by the current filmmakers. Morgan Freeman’s character — a racehorse owner and mentor of Ben-Hur’s who was originally called Ilderim — is now called Ildarin, for example.

One major character that has not been cast yet is Quintus Arrius, the Roman nobleman who discovers Ben-Hur when he is a slave and then adopts him, making him a Roman nobleman like himself. He was played by Jack Hawkins in 1959 and by Ray Winstone in 2010. I’m curious to see who they pick to play that role.

November 5, 2014The Shack gets a new director in Stuart Hazeldine
Recent Comments
0 | Leave a Comment
Browse Our Archives
get the latest updates from
FilmChat
and the Patheos
Entertainment
Channel
POPULAR AT PATHEOS Entertainment
1