The Shack gets a new director in Stuart Hazeldine

The Shack gets a new director in Stuart Hazeldine November 5, 2014 Peter T. Chattaway 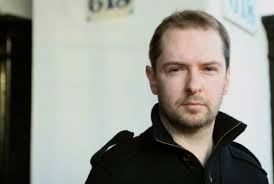 Big news regarding The Shack: the film adaptation of William P. Young’s novel, which was going to be directed by Forest Whitaker, is now going to be directed by Stuart Hazeldine, a Christian filmmaker that I had the pleasure of interviewing for my Christianity Today story on the Bible-movie revival earlier this year. Curiously, Deadline, which broke the news, says nothing about Whitaker or the actors he had approached for the film, such as Idris Elba and Oprah Winfrey. Looks like they’re starting over from scratch, as far as that goes?

November 5, 2014
Another actor joins the Romans in the new Ben-Hur remake
Next Post

November 5, 2014 Our first look at the cast for The Bible follow-up series A.D.
Recent Comments
0 | Leave a Comment
Browse Our Archives
get the latest updates from
FilmChat
and the Patheos
Entertainment
Channel
Related posts from FilmChat