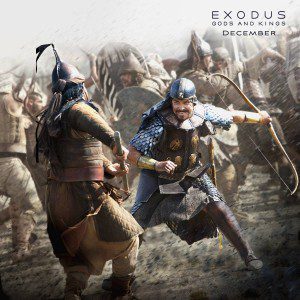 Only one month to go until Exodus: Gods and Kings begins its international rollout in South Korea on December 3 — and, who knows, we may start to see reviews of the film even sooner than that.

In the meantime, the publicity machine behind the film continues to crank out new photos and videos, including two TV spots that contain a few new bits of footage. You can check them out below the jump, along with some of the new pictures that have been released.

First, here is the spot called ‘Something Is Coming’:

Most of the new footage comes, not surprisingly, from the opening sequence in which Moses and Ramses lead the Egyptian army into battle together:

There is also this close-up of Moses’ face in his prince-of-Egypt days:

Plus there are these shots of Moses telling Pharaoh to let the slaves go — and to judge from the marks on Ramses’ face, the plagues are well under way:

New dialogue includes Moses saying, “The slaves, you must set them free,” and Ramses replying, “Is that a threat?” Also, someone says, in voice-over, “Who are you talking to?” before the ad cuts to the shot of Moses telling Ramses, “God.” Moses also shouts, in voice-over, “If you follow me, you will be free!” — which is similar to something he said in the last trailer, but is slightly different, too.

Next, here is the spot called ‘Two Brothers’:

This one gives us a slightly different shot of Ramses preparing to tap swords with Moses at the beginning of the film than we have seen before:

There is also this new shot of Moses addressing the plague-scarred Ramses, as Moses says, “After 400 years of slavery, you must set them free, before it’s too late”:

Here we get a new shot of the (Hebrew?) rebels with their flaming arrows:

Here is a new shot of darkness creeping over the land:

Ramses asks Moses, “Who has been telling you this?” — a line that we have heard in voice-over before, but this is the first time we have seen him ask it:

A shot of lightning:

And, finally, a close-up of Ramses’ face as he lashes his chariot’s horses while riding to confront Moses before the great tsunami of the Red Sea:

In addition to the new TV spots, the film’s Facebook page has also posted a series of new images depicting Moses, Ramses, Joshua, and various weapons: 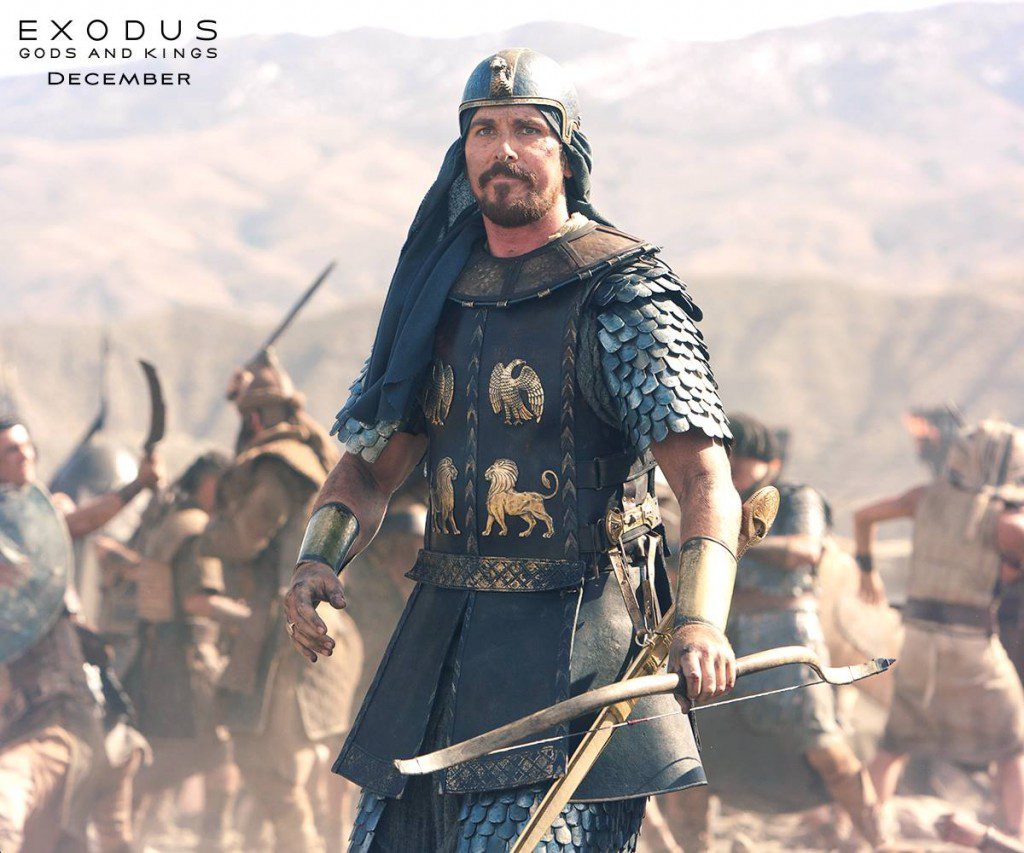 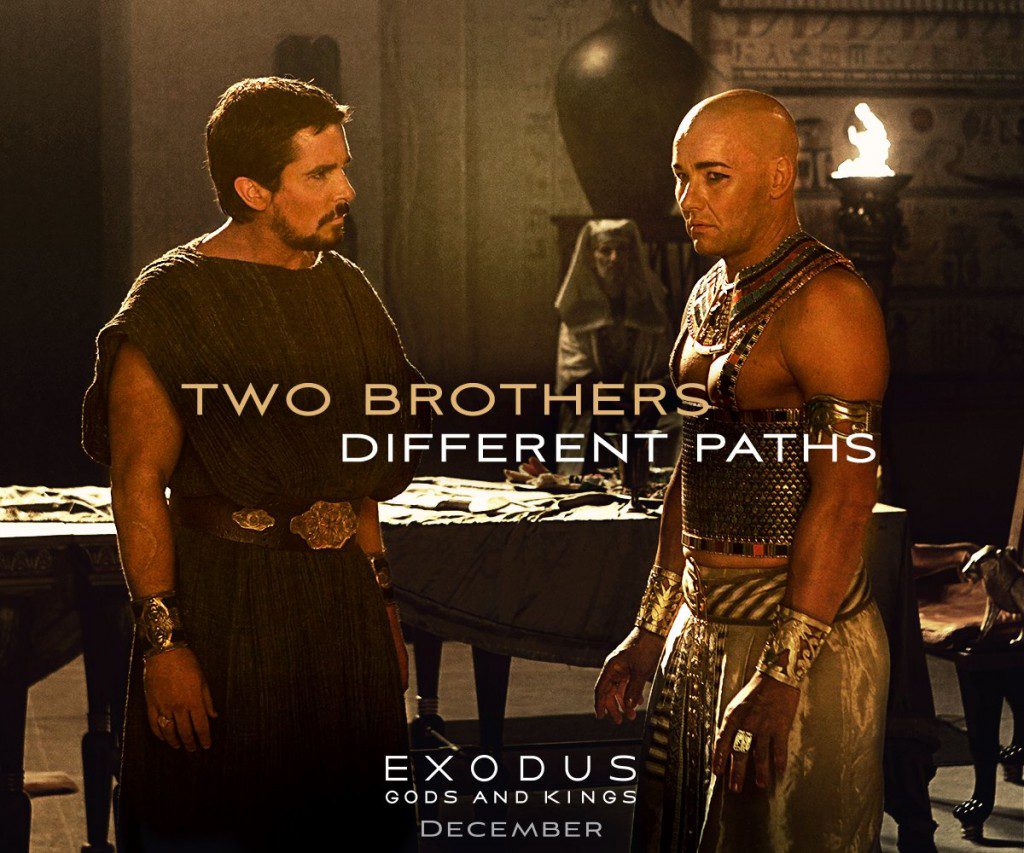 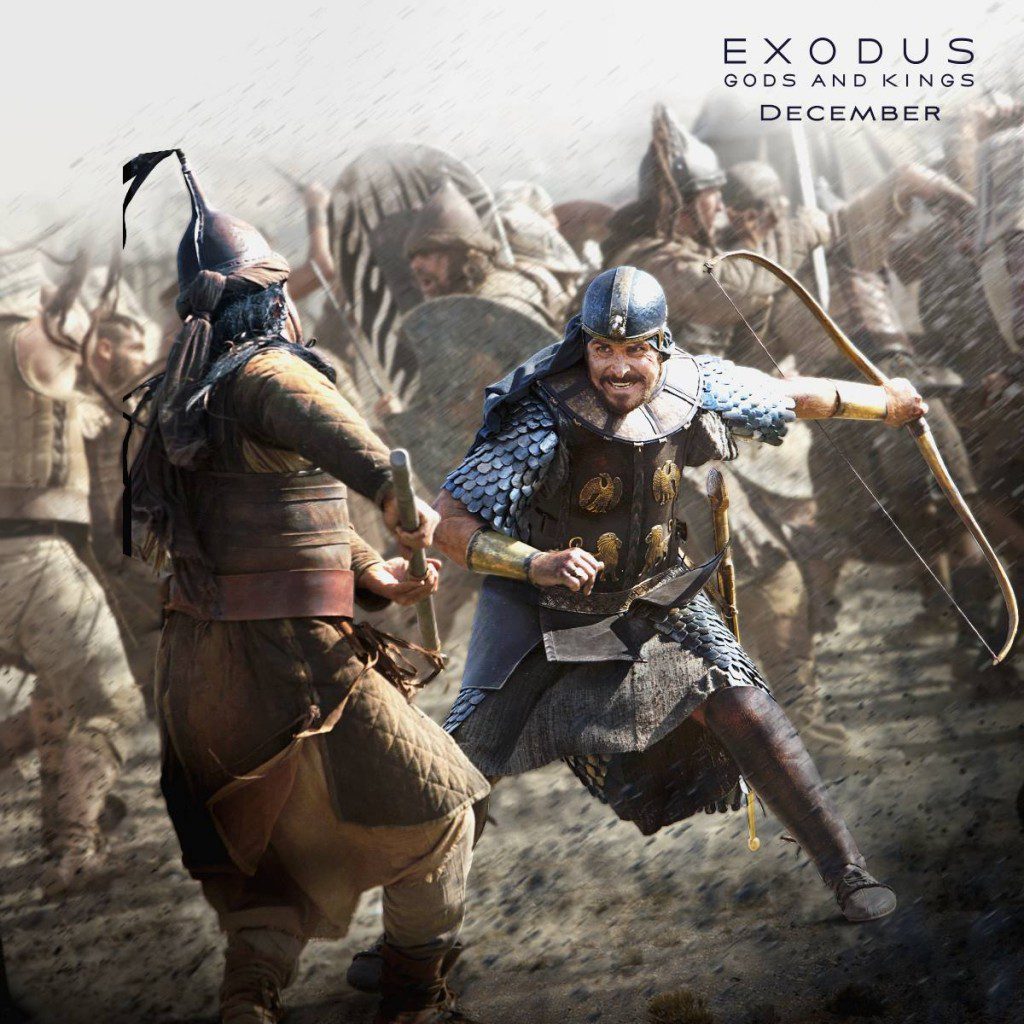 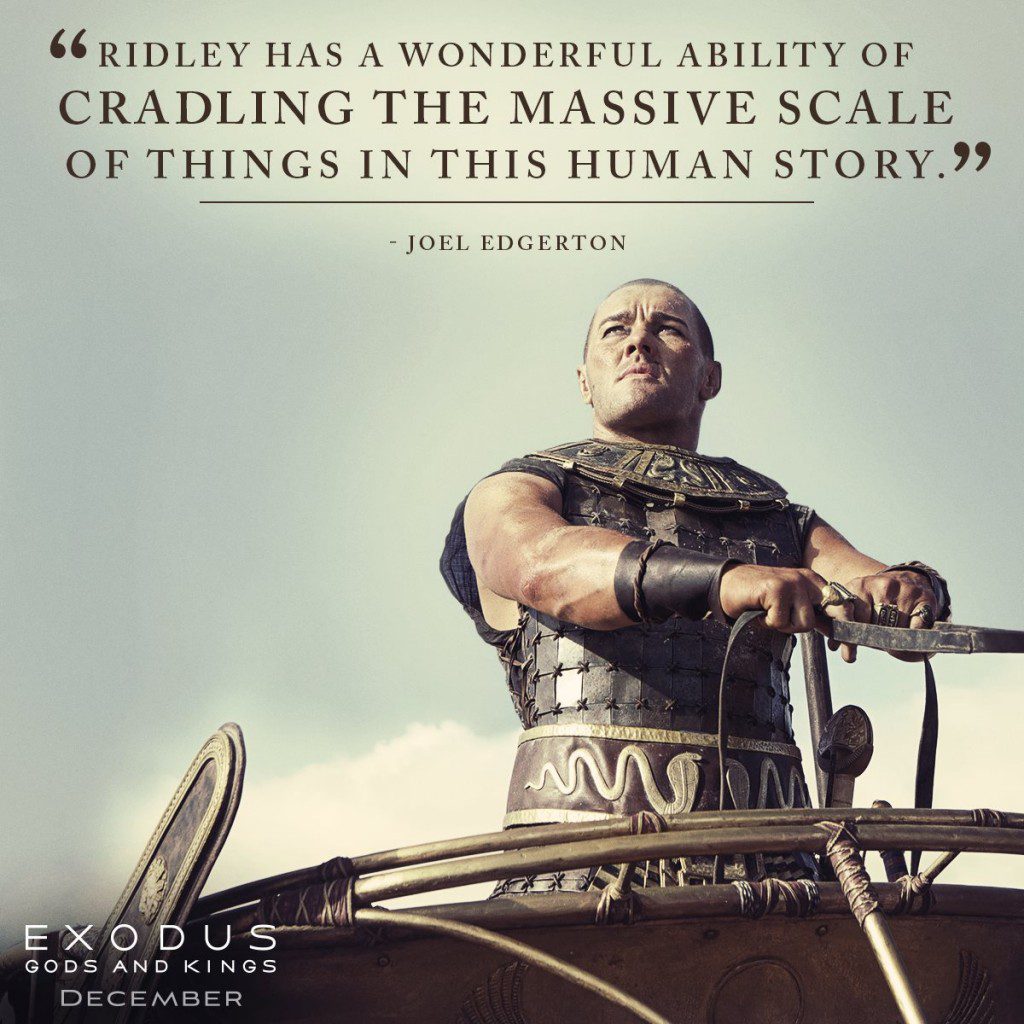 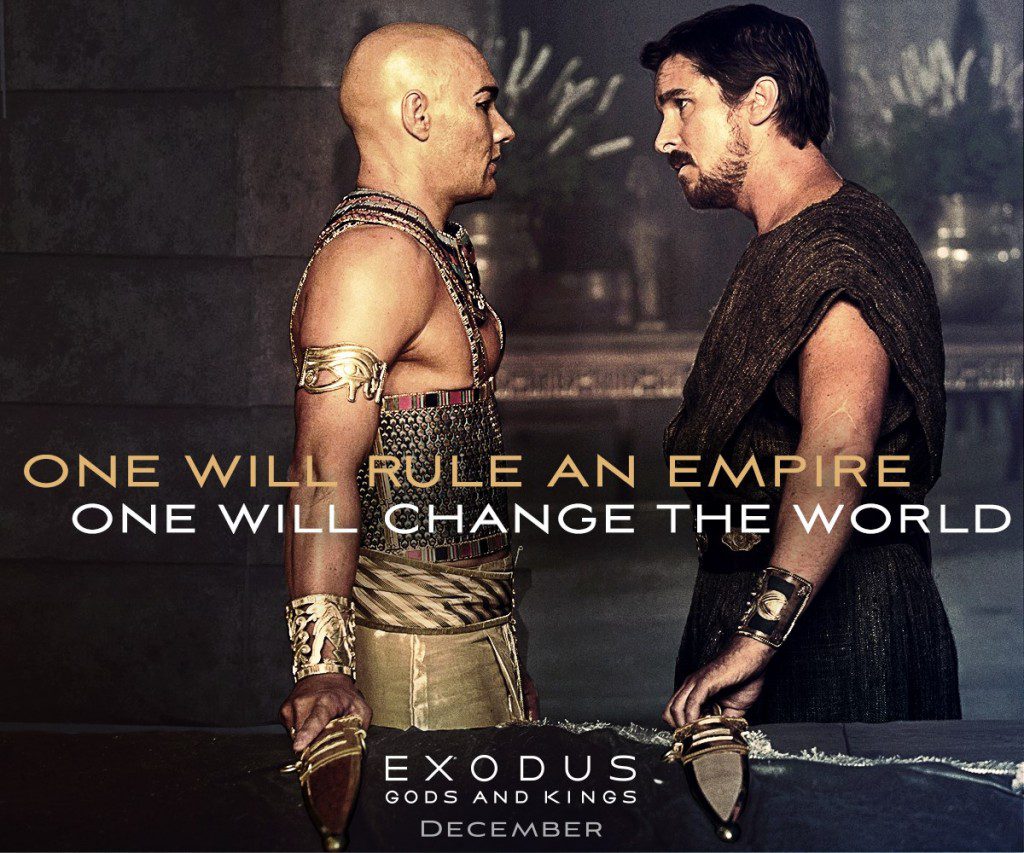 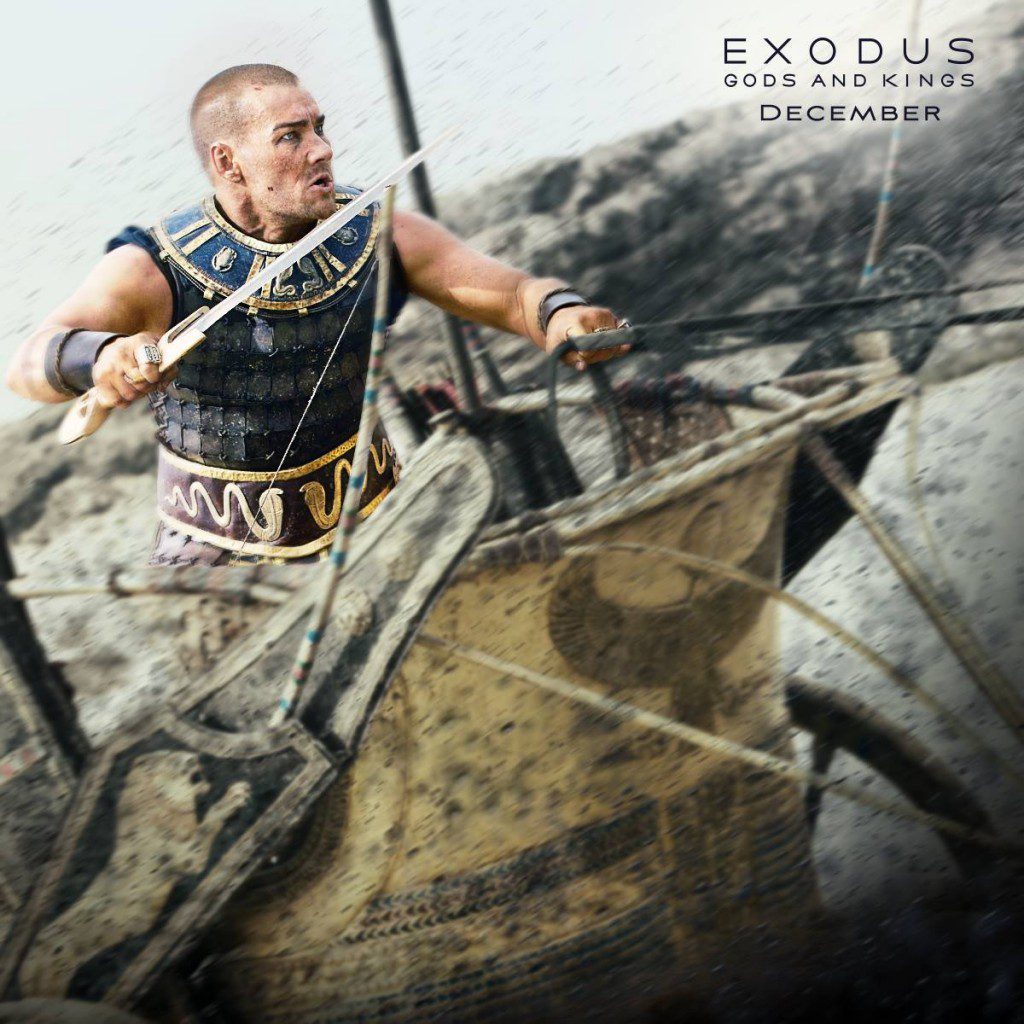 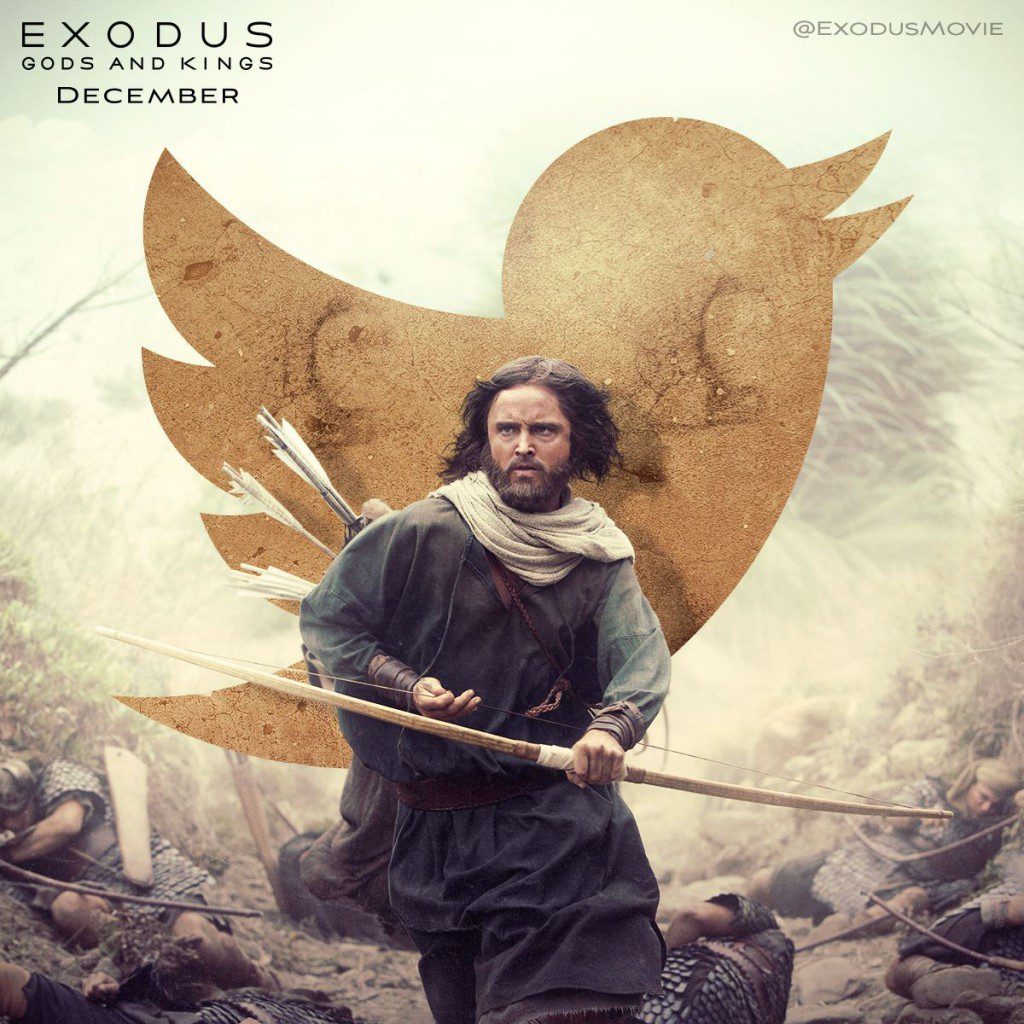 That last image is particularly interesting, because it comes with the caption “The fight for freedom has begun.” Another hint, perhaps, that the Hebrews in this film aren’t just waiting for a miracle, but are taking matters into their own hands?

November 5, 2014 Another actor joins the Romans in the new Ben-Hur remake
Recent Comments
0 | Leave a Comment
"In 1972, yes. The movie was made in 1956 but the ratings system didn't exist ..."
Peter T Chattaway One of the reasons I do ..."
"And to think... this movie was rated G? It was."
Bishop One of the reasons I do ..."
"John 7:5 states explicitly that the brothers of Jesus did not believe in him, at ..."
Peter T Chattaway The Chosen starts shooting its second ..."
"Thanks. There is a whole other anecdote in between those two verses. Other relatives, sure, ..."
tmirus The Chosen starts shooting its second ..."
Browse Our Archives
get the latest from
FilmChat
Sign up for our newsletter
POPULAR AT PATHEOS Entertainment
1