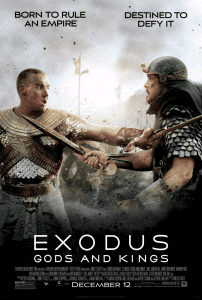 Exodus: Gods and Kings opens overseas in just a little over a month — the IMDb says South Korea will get it on December 3, which means it will be playing there when it’s still December 2 in North America — so it’s time for some new posters, to replace the somewhat tacky ones that were released back in July.

Total Film has also published a new set-visit report in their December 2014 issue, and it comes with a handful of new photos as well. The article mostly repeats what we’ve heard before — Christian Bale was very funny off-camera, Joel Edgerton wasn’t sure he was right for the part of Ramses at first, etc. — but it does include one new, potentially controversial statement from Bale, to add to the one I quoted yesterday: “[Moses is] a freedom fighter, absolutely. And he’s a terrorist as well. This is a man of absolute extremes.”

You can check out all the new images below the jump.

First, here are the three new movie posters — the first of which seems to imply that Moses and Ramses will be fighting against each other at the Battle of Kadesh, when in fact they will be on the same side (and Moses will save Ramses’ life): 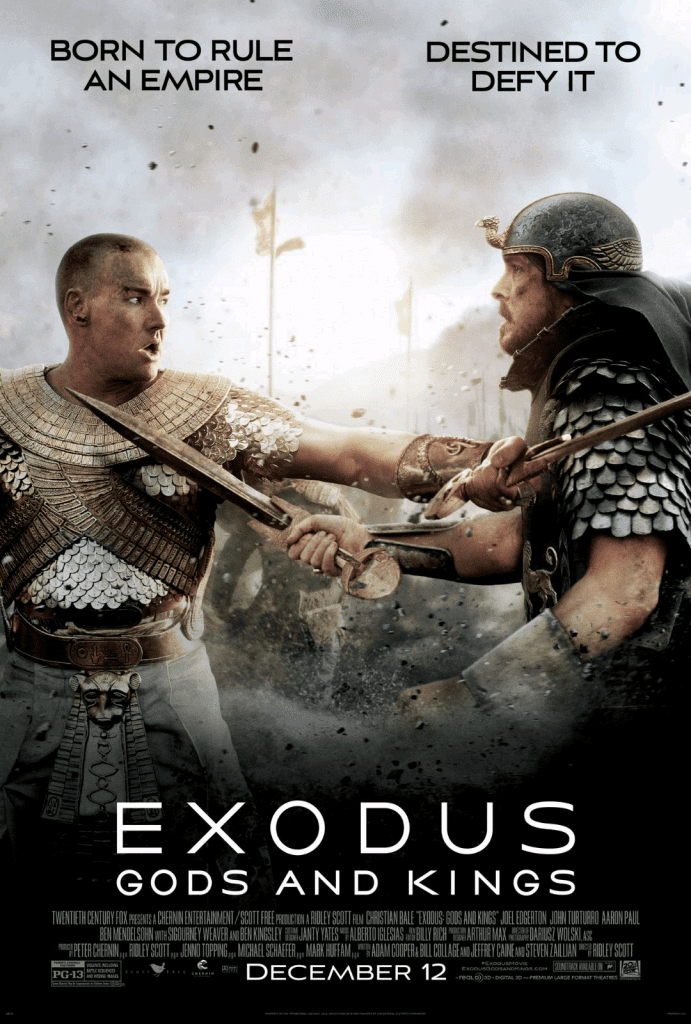 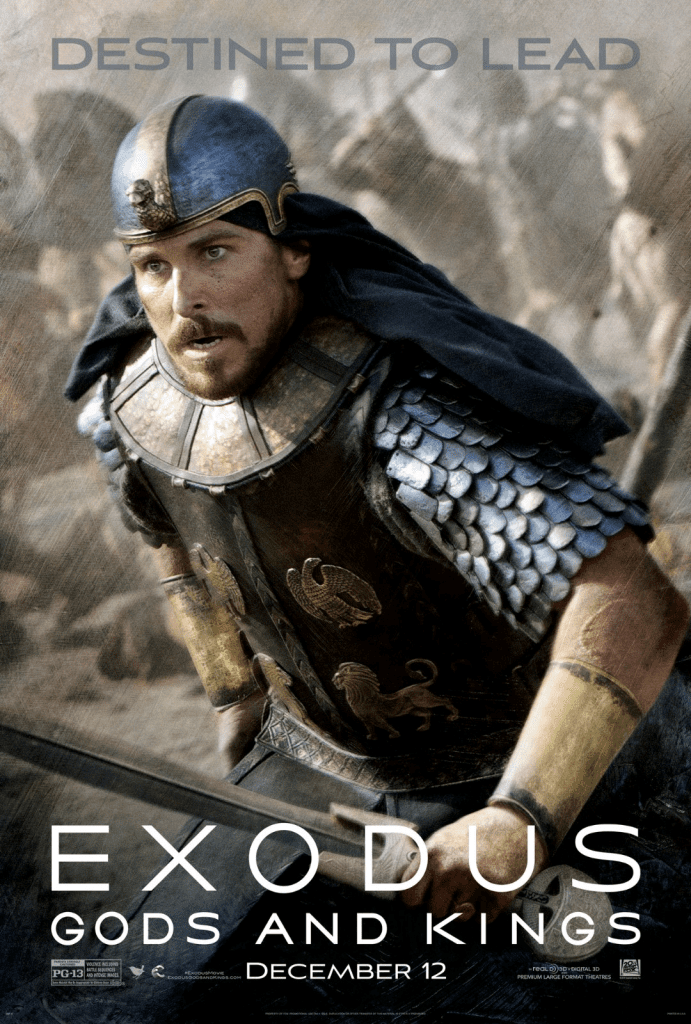 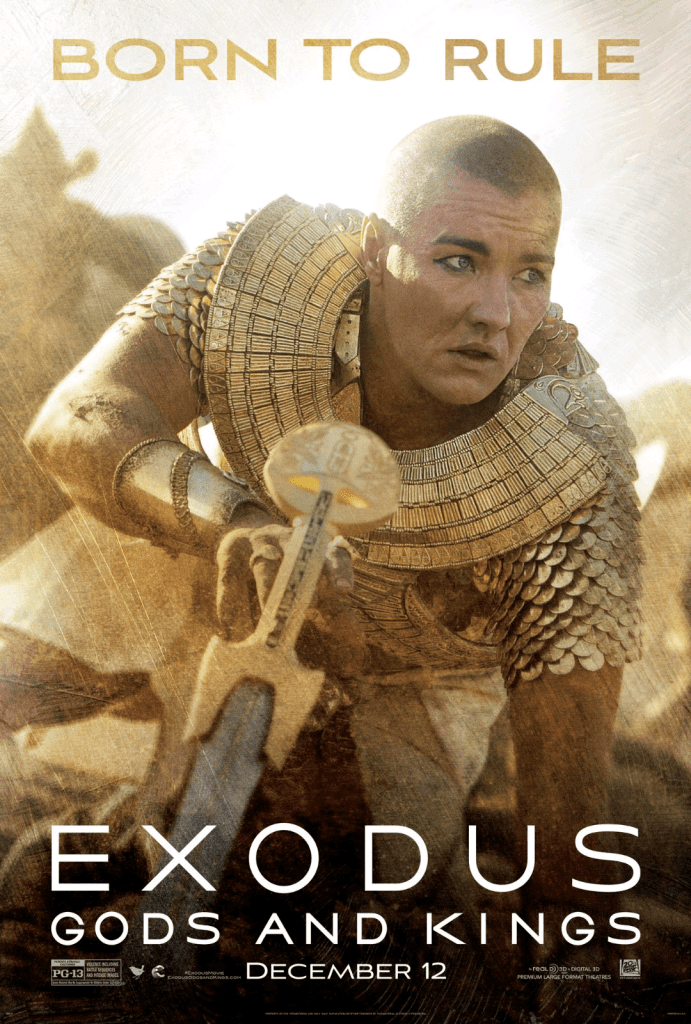 Next, here are the new images from Total Film, with text embedded: 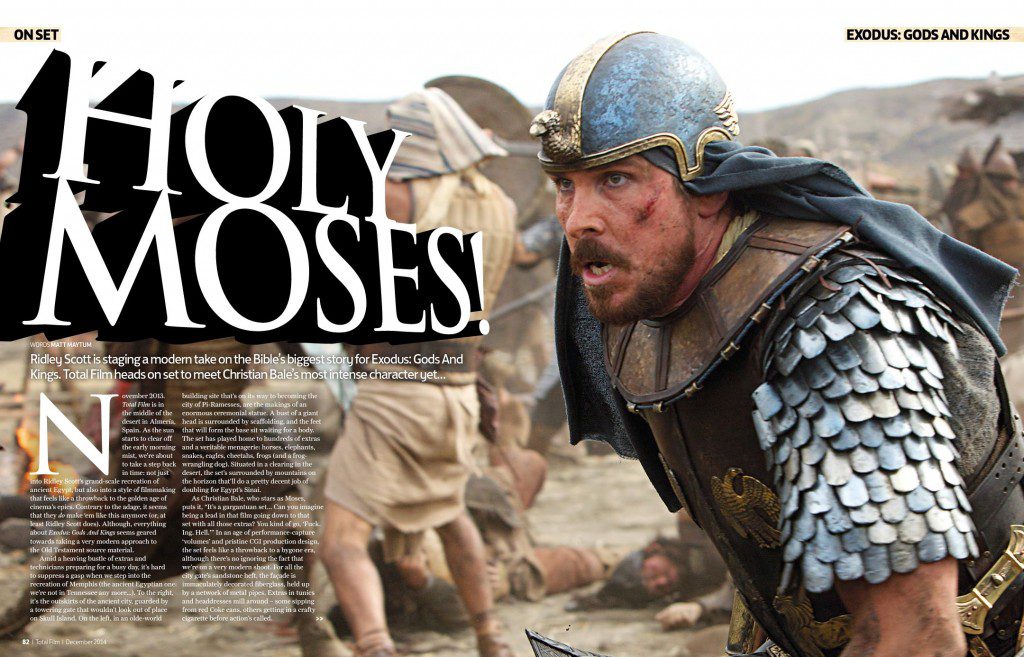 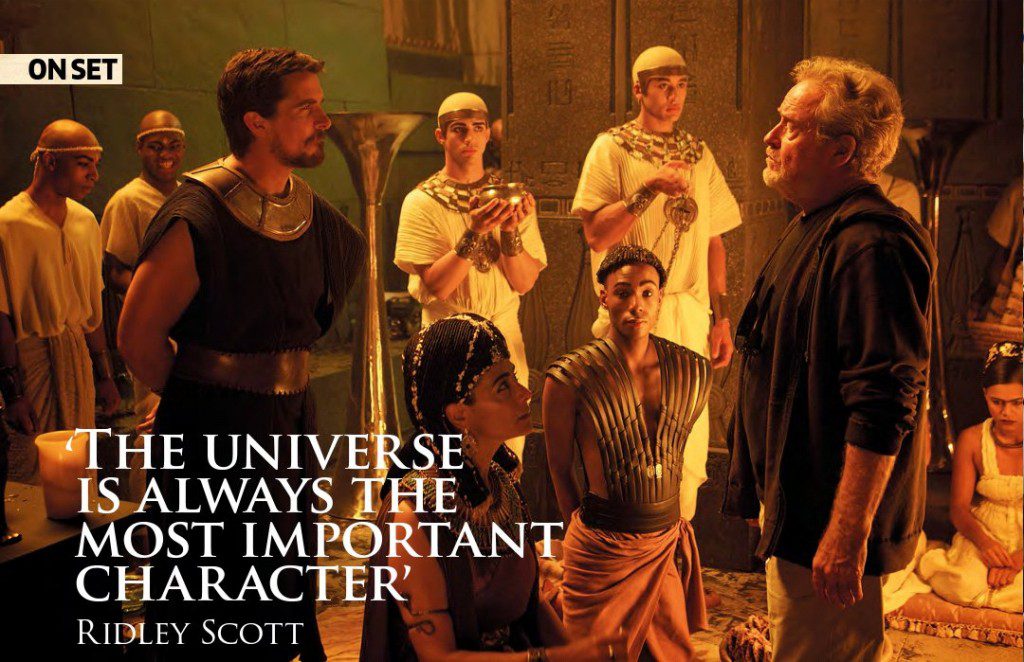 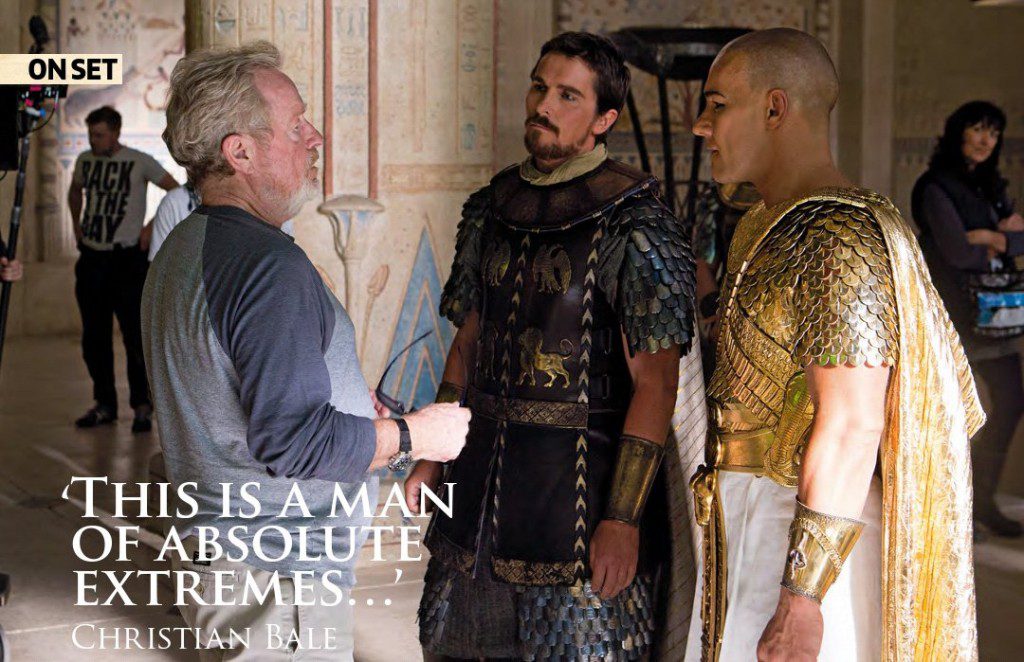 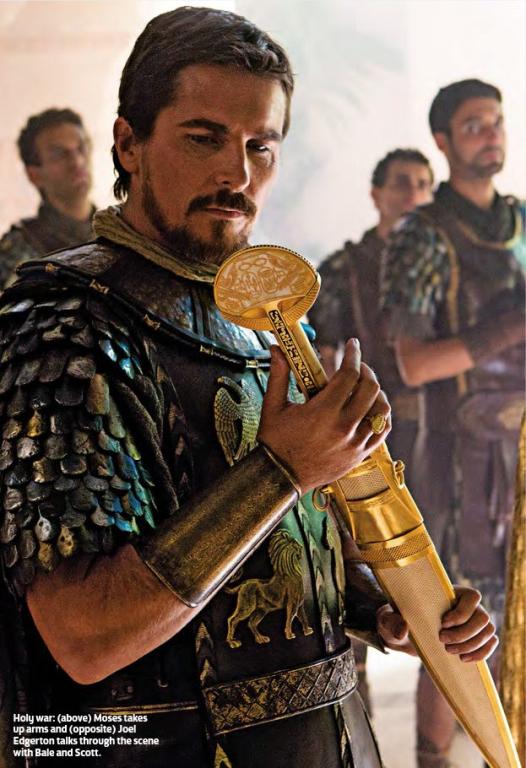 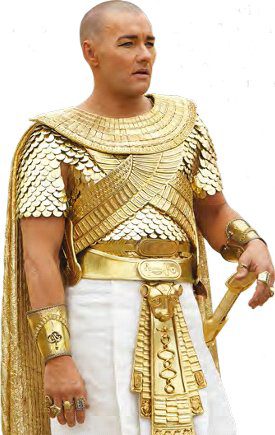 October 28, 2014 Ridley Scott reveals a new plot detail in a new Exodus video
Recent Comments
0 | Leave a Comment
Browse Our Archives
get the latest from
FilmChat
Sign up for our newsletter
POPULAR AT PATHEOS Entertainment
1