Yesterday it was reported that Egypt had banned Exodus: Gods and Kings because of the film’s “historical inaccuracies”.

Chief among these was the film’s suggestion that the pyramids were built by the ancient Hebrews, which Gaber Asfour, the Egyptian minister of culture, said was not only anachronistic but was also evidence of the film’s “Zionist” agenda.

But what do actual historians make of the film?

A few weeks ago, the studio released a video featuring three Egyptologists who spoke about subjects like Ramses, slavery and Egyptian empire-building in broad terms, without directly addressing the portrayal of these things in the film.

Since then, a few articles have popped up, looking at the film’s historical advisers.

Chief among these is Alan Lloyd, an Egyptologist who was already profiled by the Philippine Daily Inquirer and has since been profiled by Deadline, which quotes him to the effect that Exodus: Gods and Kings is “as accurate as one could expect” — though he admits that the film could have been even more accurate:

Dr. Lloyd says the production went to great lengths to get costumes, make-up and the physical environment right. But he didn’t begrudge Scott a little artistic license. “There are things which aren’t entirely accurate,” he says. “The prominence given to cavalry in the battle context (for example). The ancient Egyptians at the relevant period did not use cavalry, though horsemen certainly occur in our documentation. However, this is a case where the cinematic needed to take precedence over historicity.”

The Times of Israel, for its part, spoke to Rabbi David Baron of Temple of the Arts in Beverly Hills, who also served as a consultant on the film:

Did they show you the shooting draft of the script? Did you come to the set at all? I’m just curious what your involvement was.

Not the shooting draft; they showed me the script, and I gave them extensive, copious notes on it. I told them where they could anticipate criticisms. They did not follow all of my advice, but they received it, and they did discuss it. I am told, in a number of writers’ meetings that they did have lengthy discussions about some of my comments, but ultimately, they decided to go in the direction they were intending to go all along. And I think they did make a couple of tweaks based on some of my notes. . . .

What I’m really pleased that the writers did is that they looked at some of the new research of hieroglyphics that have come to the fore, that indicate references to a God who’s called “I am,” and to Egyptian soldiers floating on the water, referencing a time very close — if not right there at the Exodus. And a young researcher named Brad Sparks has been promoting these discoveries to the biblical research community. And if they’re upheld, they will verify that this episode did actually occur. . . .

I didn’t remember crocodiles, though, in the original text. That one was new to me.

Well, there are a group of Sephardic scholars who describe the second plague as crocodiles, not as frogs, so he kind of got ‘em both in.

And what about scholars who didn’t serve as consultants on the film?

NPR spoke to Robert Alter, professor of Hebrew and comparative literature at the University of California in Berkeley, who discussed how monotheism was a “work in progress” for the Israelites of this period, and whether there was any basis for the controversy over the film’s alleged “whitewashing” of its characters:

Well, of course, we know something about what ancient Egyptians looked like because we have representations of them in visual art; and they were not black Africans, they were Caucasians — think of the statue of Nefertiti that everybody has seen in some reproduction. In the film, there are some black characters and they are servants, or probably slaves, and I suspect that that’s historically realistic. Now, as far as the Israelites proper, we don’t really have visual representations of them. I would guess that most of them were on the dark side of Caucasian. On the other hand, we’re told about David that he was either ruddy or a redhead, which would mean that he might have been very fair.

Finally, the latest edition of Wired magazine’s Geek’s Guide to the Galaxy podcast features Robert M. Price and Richard Carrier, both of whom happen to be the sort of atheists who question whether the historical Jesus even existed — and Carrier volunteers the opinion that Exodus is “the worst Ridley Scott film ever made,” for aesthetic reasons as well as its lack of fidelity to both history and the Bible.

If I find any other scholarly responses to the film, I will add them to this post.

December 26, 2014
Exodus: Gods and Kings banned in some Muslim countries
Next Post

December 28, 2014 Box office: Exodus: Gods and Kings falls some more in its third week while most other films go up
Recent Comments
0 | Leave a Comment
Browse Our Archives
get the latest from
FilmChat
Sign up for our newsletter
POPULAR AT PATHEOS Entertainment
1 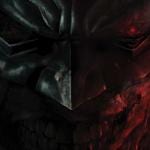