Watch: Jesus preaches, and the disciples compete for status, in new clips from The Chosen’s second season 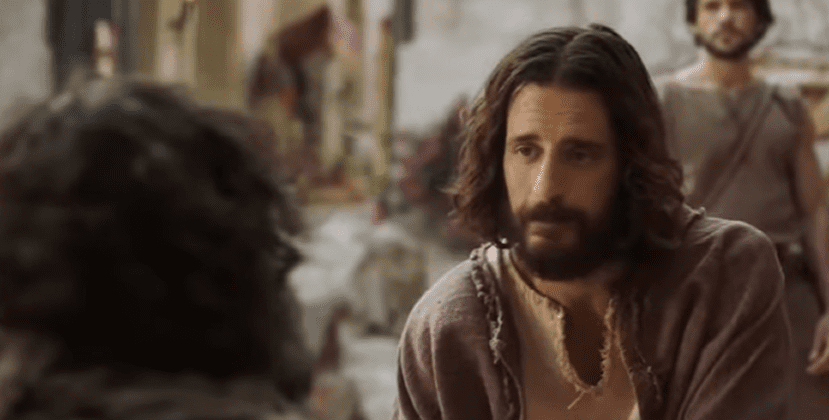 Time for some new clips from the upcoming second season of The Chosen!

Dallas Jenkins, co-writer and director of the series, has been posting a lot of videos to the show’s YouTube account to give viewers a sense of what’s been going on behind the scenes. Once in a while, he also sits down for hour-long livestreams in which he takes questions from the fans and reveals a clip or two of never-before-seen footage.

Last night, he revealed two such clips in the video below:

The first clip, which runs about three minutes, comes at the 17-minute mark and shows James and John, the sons of Zebedee, getting a wee bit bossy with the other disciples, much to Simon Peter’s annoyance (cf. Mark 10:35-45, Matthew 20:20-28; the competition for status among the disciples persisted right up to the Last Supper, according to Luke 22:24, and there may even be hints of it after the Resurrection, à la John 21:20-22). The clip also hints at the brothers’ anti-Samaritan prejudice (cf. Luke 9:52-55).

The second clip, which also runs about three minutes, comes at the 69-minute mark and introduces a new character. Jenkins does not say who the character is, but he says the character is from scripture, though the back-story developed here is fictitious.

Two more clips were revealed in another livestream on November 25:

The first clip, which runs about a minute and a half, comes at the 41-minute mark and shows Simon running the errand that James and John gave him in the clip above. This clip also brings back Photina, the Samaritan woman we met at the end of Season 1.

The second clip, which runs nearly two minutes, comes at the 80-minute mark and shows Jesus teaching some Samaritans. Along the way, Jesus says God pursues the sick more than the healthy (cf. Mark 2:17, Matthew 9:12, Luke 5:31), and he talks about the shepherd who goes looking for the missing sheep (cf. Matthew 18:12-14, Luke 15:3-7).

Jenkins also revealed another clip — more of a montage of scenes from Season 2, rather than a single scene, per se — in a Christmas special on December 13:

The montage revolves primarily around a scene in which Jesus dictates the Beatitudes to Matthew, prior to preaching them in the Sermon on the Mount (as per Matthew 5-7).

This framing of the Beatitudes is interesting, for two reasons:

First, most interpreters tend to assume that the Sermon on the Mount was written down after the fact, i.e. that it either records a speech that Jesus already gave, or that it is a literary device that pulls together a variety of teachings from across Jesus’ ministry — but this series seems to be suggesting that the written account in Matthew’s gospel is more like a set of lecture notes that were written down before Jesus gave his speech.

And second, while the wording of the Beatitudes in this clip clearly comes from Matthew’s gospel, the setting in which Jesus dictates these words is reminiscent of the other version of these teachings that appears in the Sermon on the Plain in Luke 6:17-49.

In any case, add it all up, and these livestreams give us about 11 minutes of new footage, to go with the two-minute clip we got in early November. Jenkins and some of the actors also read some excerpts from the Season 2 scripts last summer.

No release date has been announced yet, but the first half of Season 2 is currently aiming for a pre-Easter release. So, it should be out by March — i.e., two months from now.

January 23, 2021Magdala looks at the last days of Mary Magdalene
Recent Comments
0 | Leave a Comment
"I have neither noticed that much. I recenty read a leadership book inspired from Cyrus ..."
Hamid Mortazavi Cyrus the Great — a Persian ..."
""AD" stands for "Anno Domini", a Latin expression meaning "In the Year of Our Lord".So ..."
Peter T Chattaway The Chosen — season one, episode ..."
"Why does it say at the start of episode 3 that it takes place 26 ..."
Desiree Chamberlain The Chosen — season one, episode ..."
"What about Hellboy, The Grudge, Ghoulies, and Anaconda?"
45th Spiderbob Group VGCP When R-rated franchises go PG-13 …
Browse Our Archives
get the latest updates from
FilmChat
and the Patheos
Entertainment
Channel
POPULAR AT PATHEOS Entertainment
1