New episode of The Chosen coming to theatres in December

A new episode of The Chosen is coming out in December — and it’s going to play in theatres.

Director Dallas Jenkins made the announcement today during a livestream on the show’s YouTube channel. The episode is not part of Season 2 (which was completed in July) or Season 3 (which starts shooting next year), but is a standalone episode that will be shown in theatres on December 1 & 2 as part of a special Fathom Event that will also include the show’s second annual Christmas special.

A trailer for the episode was shown as part of the livestream, and, as befits this time of year, the episode itself — which is called ‘The Messengers’, possibly because that is what the word “angels” means — will apparently tell the story of the Nativity.

The Nativity was previously dramatized in ‘The Shepherd’, a short film that Jenkins produced four years ago which is now sometimes described as the “pilot episode” for The Chosen, and the new episode will use some of the same actors as that film — but, in its framing narrative, the new episode will also feature actors from the first two seasons of The Chosen and introduce new characters who will play a big part in the third season.

This will be the second time in this series that we have seen Mary talk to someone as he writes his gospel, years after the ministry of Jesus. Season 2 began with a prologue in which Mary talks to the apostle John as he starts planning his own gospel, shortly after the martyrdom of his brother James in the early A.D. 40s. But John’s gospel never describes the actual Nativity itself — so maybe this new episode will explain why John left it out and Mary told her story to Luke instead?

In the livestream, Jenkins said the new episode’s Luke scenes will take place “50 years” after the Nativity itself. Based on how The Chosen calculates its dates, that would place the scenes in A.D. 46, shortly after Mary’s appearance in the Season 2 prologue. Or, if “50 years” is just an approximate figure, the Luke scenes in the new episode could be taking place around the same time as the Season 2 prologue, between A.D. 41 and 44.

Either way, this does raise the question: Would Luke have been in contact with Mary or the apostles at such an early date?

Many people would say no. The book of Acts, which is a sequel to Luke’s gospel, uses the pronoun “they” to describe Paul and his traveling companions until they come to Troas in Acts 16:8, and after that it uses the pronoun “we” for a while, which has led many interpreters to believe that Luke first met Paul and became a Christian at that point in Paul’s journey. This would have been around A.D. 50, several years after the Season 2 prologue, and several years after the traditional date of Mary’s death — and it would have taken even longer after that for Luke to connect with the church in Judea.

Also worth noting: The trailer shows Mary reciting part of the Magnificat, the poem that expressed Mary’s joy shortly after she learned she was pregnant with the Messiah (as per Luke 1:46-55). Will this be the rare film that includes the entire Magnificat?

We will have to wait until December to find out. As noted, the episode will premiere as part of the Fathom Event in theatres on December 1 & 2, and then at some point afterwards it will be available for streaming.

You can watch the full livestream with the announcement and the trailer here:

Incidentally, that shot at the top of this post, of Mary against a halo-like arch … 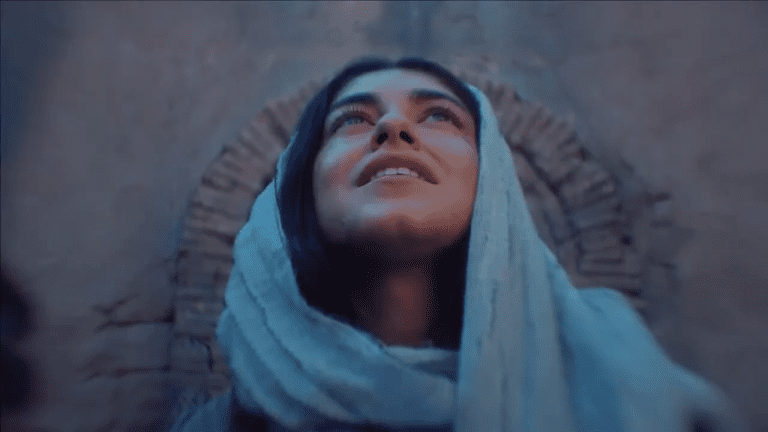 … is strikingly reminiscent of these famous opening shots from Pier Paolo Pasolini’s The Gospel According to St. Matthew (1964): 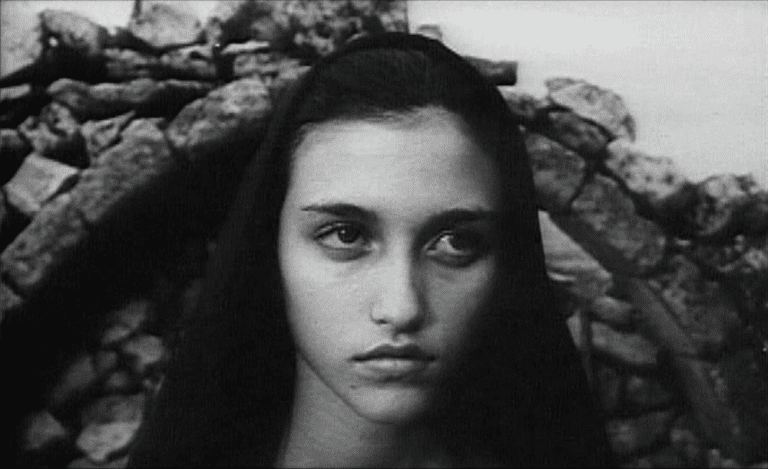 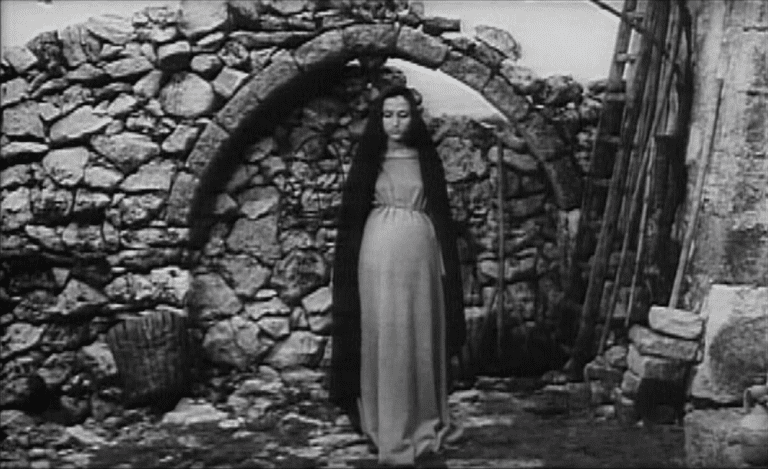 October 27 update: The trailer for ‘The Messengers’ is now available as a standalone video:

November 24, 2021 Exclusive: The Chosen producer Derral Eves on the big-screen special Christmas with The Chosen: The Messengers
Recent Comments
0 | Leave a Comment
"I have neither noticed that much. I recenty read a leadership book inspired from Cyrus ..."
Hamid Mortazavi Cyrus the Great — a Persian ..."
""AD" stands for "Anno Domini", a Latin expression meaning "In the Year of Our Lord".So ..."
Peter T Chattaway The Chosen — season one, episode ..."
"Why does it say at the start of episode 3 that it takes place 26 ..."
Desiree Chamberlain The Chosen — season one, episode ..."
"What about Hellboy, The Grudge, Ghoulies, and Anaconda?"
45th Spiderbob Group VGCP When R-rated franchises go PG-13 …
Browse Our Archives
get the latest updates from
FilmChat
and the Patheos
Entertainment
Channel
POPULAR AT PATHEOS Entertainment
1