Exclusive: The Chosen producer Derral Eves on the big-screen special Christmas with The Chosen: The Messengers 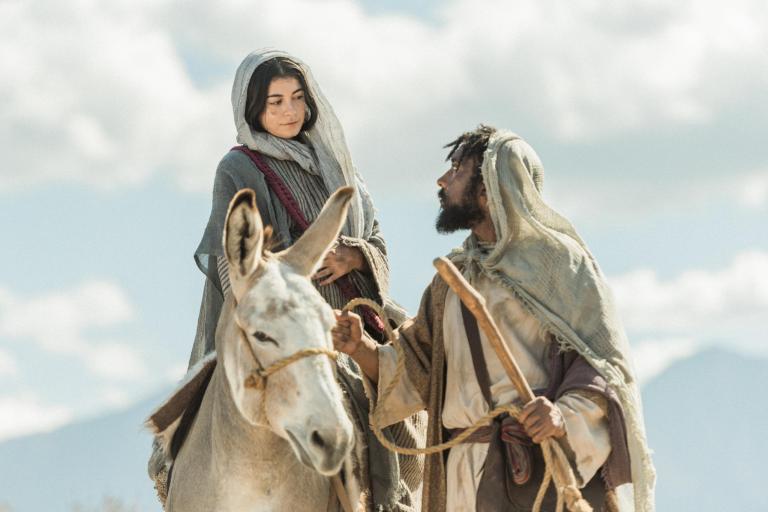 The Chosen is coming to the big screen for the first time ever next week.

Christmas with The Chosen: The Messengers — a two-hour special featuring music, spoken-word bits, and a full brand-new episode — is coming to American movie theatres December 1. It was going to show for two nights only originally, but it sold out so quickly that more screenings were added over the next two weeks, both in mainstream theatres and in churches and schools that have arranged to host special screenings.

I have seen the episode and I’ll have more to say about it later.

But first, I spoke to executive producer Derral Eves, who had some interesting things to say about how the filmmakers shot the new episode in secret, how it fits with existing “canon”, whether Joseph might have used any strong language (or euphemisms for said language) while haggling with the innkeeper, whether the series will make Christmas specials an annual tradition, and when we might get to see Season 3.

You can watch the interview here (and yes, I’ve still got my Covid beard):

I mention the special’s trailer in the interview. You can watch the trailer here:

Also, The Chosen co-writer/director Dallas Jenkins hosted another livestream to promote the special on Sunday, and in it he showed an entire five-minute clip from the new episode. It starts at the 1:21:30 mark in the video below:

October 26, 2021
New episode of The Chosen coming to theatres in December
Next Post

December 1, 2021 Review: Christmas with The Chosen: The Messengers (dir. Dallas Jenkins & Jacob Schwarz, 2021)
Recent Comments
0 | Leave a Comment
"I wish I had a lamp I would only need 1 wish not even 3 ..."
Ararara Listen: The audio trailer for Audible’s ..."
"Thats it im going to find the duchess and be a student of her i ..."
Reuben Fourie Noah and Moses reunite for Thor: ..."
"Because of the best comics, I'm dying.... That's great👉🏻👉🏻aO.MARTIALGIPHY.COM/x4647uA"
AsheFall22 Young David animated series coming in ..."
"Sergey is so annoying😑iy.636WB.CO/X4647qe"
fuble Is Terrence Malick’s Jesus movie coming ..."
Browse Our Archives
Related posts from FilmChat