What Jesus Meant When He Said, “I Didn’t Come To Bring Peace, But A Sword” 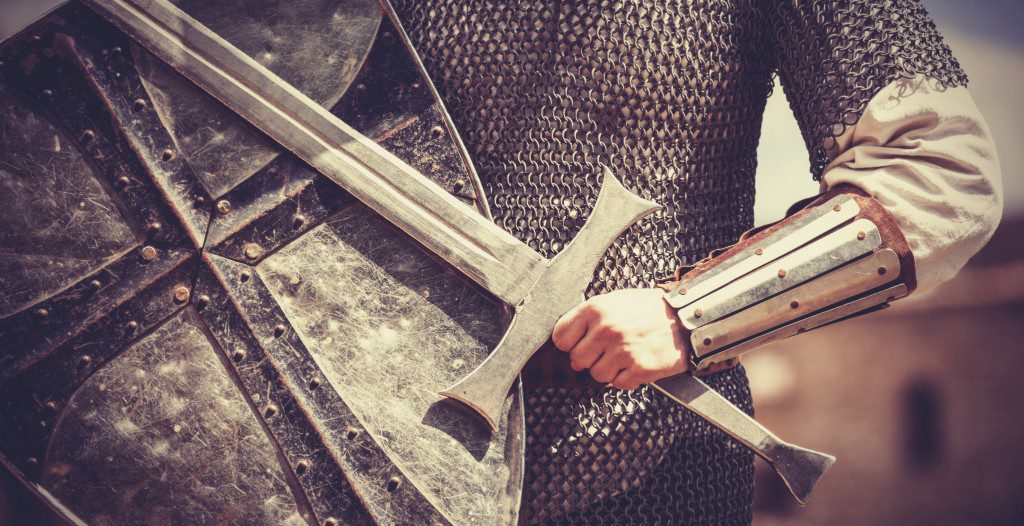 I see this passage brought up most often by two opposite sets of people: conservatives who try to use it as evidence that Christians can use violence or that Jesus was a warrior, and the anti-theists who like to pull short, outrageous sounding passages out of scripture as a way to mock scripture. Unfortunately, this passage doesn’t accomplish the goal of either side.

This passage has been heavy on my own heart because it applies to my own spiritual journey, so I thought I’d break it down here on the blog so that it makes a bit more sense to folks. First, let’s look at a broader snapshot of the passage:

Before we get into what the passage is saying, let’s get out of the way what the passage is not saying. This passage is not a prooftext for Jesus as a warrior or the Christian use of violence, as Jesus’s use of sword in this passage is clearly metaphoric– he even goes on to explain what he meant. He explains that he’s not talking about a sword that kills, but a sword that causes division in relationships. (This same metaphor using sword to indicate division is also used in Hebrews 4:12.) Plus, if Jesus was speaking of literal, physical violence he would have contradicted his own teachings earlier in Matthew. So, metaphor is where this passage is at.

However, that still leaves a reader in tension. Jesus is called the “Prince of Peace” but here he’s saying he didn’t come to bring peace, but division. What gives?

Conservatives will often mock me and say things like, “Jesus wasn’t some hippy who went around giving everyone high-fives.” And, they’re technically right. While Jesus was totally nonviolent, he was not one to avoid conflict. In fact, Jesus was so nonviolently confrontational that (SPOILER ALERT: if you haven’t read the end of the story, stop reading now) he actually gets executed for it.

I believe in this passage Jesus is pointing to a reality that many of us are becoming familiar with: his teachings aren’t exactly popular. Following his teachings? Doing the things that Jesus did? Loving the way Jesus loved? Well, at a minimum that’s going to invite conflict into your closest relationships.

The message of Jesus is summarized by “love God and love others”. While that sounds simple, it’s actually controversial. Loving people will always be controversial.

And that means, should you accept this mission to love the world, it will screw up your relationships. In fact, Jesus claims it will put tension on the relationships most close to you. Your parents, in-laws, children… loving God and loving others can potentially put you at odds with anyone who isn’t ready to love quite as radically as you are.

Or at least, loving God and loving others presents you with a choice: do you keep the status quo, or do you become willing to be an outcast even in your own family?

Jesus goes on to essentially say, “don’t even bother pretending you want to follow me if you’re not willing to be an outsider in your own family.” (v37) And that’s a tough choice.

The entire sentiment of Jesus in this passage is similar to a statement he made at the beginning of his ministry: “A prophet is not without honor except in his own hometown and among his own family.” (Mark 6:4, Matthew 13:57, Luke 4:24)

I remember growing up at church camp and having it drilled into my head that following Jesus will make you “hated by the world”. The reality is however, and what Jesus taught, is that loving God and loving others will put you at odds with the people closest to you. Most especially other professing Christians.

When you love people radically like Jesus loved many outside of Christianity will say, “Wow, that’s a kind of Christianity I could go for!” but you will quite often end up a prophet without honor in your own hometown and among your own family.

I’ve come to realize that speaking against violence, against xenophobia, against homophobia, Islamophobia, and and so many other things that stand against love, will complicate my closest relationships. I’ve come to accept that standing up for immigrants and refugees will get me labeled a liberal with a political agenda. I’ve embraced the reality that speaking against racism will get me called a race-baiter. I’ve embraced that anything I say dissenting from the status quo of the civil American religion often called Christianity, will be dismissed.

All in all, I’ve accepted that loving like Jesus will complicate relationships.

It’ll complicate yours too. But here’s the thing:

Jesus didn’t come to bring a period of tranquility where everyone holds hands in a circle– he came to bring upheaval to the ways of this world. He came to flip tables. He came to disrupt a faux version peace. He came to speak up for the oppressed, to loose their chains, to welcome the sojourner, and to make room for those the religious elite want excluded from God’s table.

Everyone turned on him, and they killed him for it.

To follow in his footsteps? Well, at a minimum that will really complicate even your closest relationships– and that’s what Jesus meant when he said, “I didn’t come to bring peace, but a sword.” 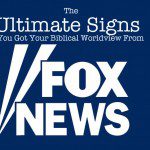 September 5, 2015
The Ultimate Signs You Got Your "Biblical" Worldview From Fox News
Next Post 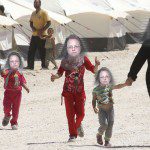 September 8, 2015 BREAKING: Attention On Kim Davis Vs. Refugee Crisis Reveals We've Got Issues
Recent Comments
175 Comments | Leave a Comment
"Ben, I pray you are ok..."
Bob Shiloh 5 Ways To Contribute to Drama-Free ..."
"This headline is false. God's word is perfect faithful and true. Stop trying to rewrite ..."
Epiphany Mirabeth No, Franklin Graham, God Didn’t Destroy ..."
"Sounds to me like you are over-interpreting this verse. It's not "a law". It's simply ..."
KraigDeKompressorKruncha The Prosperity Gospel vs. Jesus: Why ..."
"There's a reply below... or however Disqus - may its name be thrice vilified - ..."
Stone_Monkey Why Do Intelligent Atheists Still Read ..."
Browse Our Archives
Related posts from The Official Blog of Benjamin L. Corey