Why Jesus Wants You To Stop Spanking Your Kids

Why Jesus Wants You To Stop Spanking Your Kids September 17, 2014 Benjamin L. Corey

When NFL player Adrian Peterson was recently arrested and temporarily suspended for child abuse (after beating his child with a tree branch) it sparked a new public discussion on the practice of corporal punishment. Many have become abuse apologists, quickly rising to Peterson’s defense and citing their Christian right to strike their children. Others have insisted that spanking kids isn’t simply a right but is actually the “Christian” thing to do, and that one is not a faithful Christian if one doesn’t spank their children. In fact, I once met someone and during the introductions it came out that I was a Christian pastor. The gentleman then said he wanted to ask a few theological questions to see what kind of pastor I was, and the first question out of his mouth was, “do you spank your kids?”

I was shocked that this was his first “theological” question, but tried to respond gently even though I was admittedly put off with his query. I explained that my children are adopted and have trauma histories that would only be exacerbated and re-triggered by spanking, one of the many small areas where I try to educate people on issues surrounding adoption.

Let’s just say, he didn’t like my answer. He immediately proceeded to tell me that my refusal to spank kids was precisely why God didn’t bless me with biological kids and instead gave me the second-best of adopted children: it was because of my rebellion.

Very few moments in life beg me to leave Anabaptism behind so that I can rip someone’s head off and play soccer in the street with it, but that was one of them.

Christian culture often seems addicted to corporal punishment (something Matthew Paul Turner calls the “false gospel of spanking“), and like so many of the other Golden Calves, folks grow incredibly defensive when one tries to question or critique the practice. However, if we are to call ourselves Jesus followers, I believe we must continually question everything as we seek to further develop ourselves into the image and likeness of the one we are attempting to emulate: Jesus.

And so, would Jesus spank kids? The very thought of that seems absurd to me, and the image attached to this article certainly strikes me as a Jesus foreign to the Gospel accounts of the New Testament. I can’t fathom Jesus doing what Adrian Peterson did– taking a tree branch to a small child and beating them six ways from Sunday. I can’t imagine Jesus ever whipping off his belt, drilling holes in a paddle, or advocating that we actually hit people to teach them that hitting is wrong. I believe it is time for Christians to reject spanking, and here’s why:

Studies on spanking kids reveal that Jesus was right– the use of violence only creates a cycle of more violence.

A study conducted by Columbia and Princeton actually revealed a shocking fact: aggression and unwanted behaviors are directly linked to spanking. In the study, spanking only escalated the presence of unwanted behaviors at future ages, triggering what the researchers called an “arms race” requiring the parents to actually spank more, which in turn triggers more of the negative behaviors (including violent behavior), locking the parent and child into a hopeless cycle. The study states:

“Even though the study shows that spanking and misbehavior tend to feed each other, the investigators also found strong evidence that spanking a child within the first year of life likely is the catalyst that starts the cycle.

These findings put an end to the “chicken or the egg” debate over which comes first, the spanking or the childhood misbehavior, said Dr. Andrew Adesman, chief of developmental & behavioral pediatrics at Steven & Alexandra Cohen Children’s Medical Center of New York in New Hyde Park, N.Y.

The key to having a well behaved child at the benchmark ages of 3, 5, and 9? The study shows the key is nonviolent parenting. This shouldn’t be a shock to us however, because Jesus taught 2,000 years ago that violence only creates a cycle that cannot be broken until one opts out of the violent system completely. This means that Jesus invites you to opt out of hitting your kids ever again.

Other studies have shown the link between childhood spanking and higher rates of mental illness as an adult (as well as lower IQ’s and decreased cognitive ability), and Jesus obviously wouldn’t want you to do anything that could knowingly trigger life-long hindering, and potentially fatal illnesses in your child. The study from the Journal of the American Academy of Pediatrics reveals:

“Mood disorders, depression, alcohol abuse and anxiety disorders were associated with adults who were spanked or physically punished as children, at a higher rate than adults who were not.”

Finally, and this study is perhaps the most tragically ironic: spanking is shown to actually damage the prefrontal cortex of the brain. The damage caused to the brain is a reduction of gray matter, which is directly linked to depression, addiction, and other mental disorders. Furthermore, and this is where things get really ironic, we must ask the question: what is this importance of gray matter in the prefrontal cortex of the brain? According to a study in the Journal of Cognitive Neuroscience, here is the sad correlation:

“The more gray matter you have in the decision-making, thought-processing part of your brain (the prefrontal cortex), the better your ability to evaluate rewards and consequences…”

Combine that with other studies showing they’re less intelligent and more depressed, and you’ve got a pretty damning case.

Refraining from spanking kids doesn’t mean that a parent refrains from all the things required to teach and help a child develop– it just means that one has agreed to teach a child without the use of violence. Spanking, to be frank, is lazy parenting- it requires the least amount of thought and effort on the part of a parent when we should be willing to be more creative in order to teach our kids without damaging them. Furthermore, hitting our kids is inconsistent with the Jesus we find in the New Testament– the Jesus who declared that the gentle (meek, nonviolent) are the ones who will be blessed.

When one considers the fact that studies overwhelmingly show that spanking is seriously harmful to children, that it damages their brains, lowers their IQ’s, reduces their ability to make good choices, increases their aggression/violence, and leads to a pattern of negative behaviors that simply require more violence on the part of the parent, the scientific evidence against spanking should be clear. When a Christian couples that scientific evidence with the nonviolent teachings of Jesus from the New Testament, along with a warning from Jesus himself that it would be better to be thrown into the sea than to harm a child, there aren’t many arguments left to support the old way of doing things.

As uncomfortable as this might make you, the result is this: Jesus wants you to stop spanking your child.

(And before you try to make any arguments about the ‘rod’ please read this post.)

September 16, 2014
Is It Time To Remove The Flag From The Church Sanctuary?
Next Post 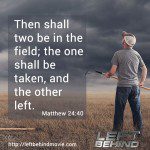 September 22, 2014 Jesus Says Those "Left Behind" Are The Lucky Ones (the most ironic thing the movie won't tell you)
Recent Comments
263 Comments | Leave a Comment
Browse Our Archives
get the latest from
Progressive Christian
Sign up for our newsletter
POPULAR AT PATHEOS Progressive Christian
1