After I wrote Bono on Jesus (which went viral) then John Lennon on Jesus: The Untold Story, one of my readers said, “When are you going to write about Alice Cooper?”

So here it is. 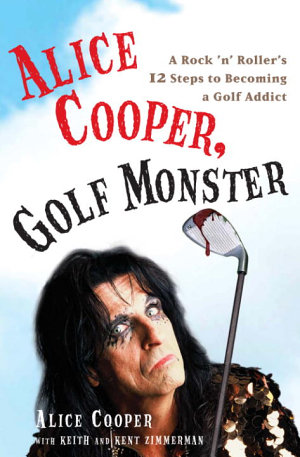 I will own that I had no idea that Cooper converted to Christ until I read the above comment.

And I’ve never followed Alex Cooper’s music. However, “Alice Cooper” (which is his stage name and character) was among the first rock stars to engage in “shock rock.” His antics were over the top. A creative man, yes. Many would say “sick” . . . satanic even.

The only song I know by Cooper is School’s Out for Summer. Beyond that, I’m clueless.

But I can tell you this. The guy is a genius and a creative master.

The other thing I know is that Cooper’s shows in the 70s included having his head cut off with a guillotine, playing with large serpents, and other “shocking” antics. High drama marked his shows.

Here are some fascinating quotes by Alice on Jesus and being a Christian:

“I was pretty much convinced all my life that there was just one God and there was Jesus Christ and there was the Devil . . . You couldn’t believe in God without believing in the Devil. I always tell bands that the most dangerous thing you can do is to believe in the concept of the Devil or the concept of God, because you’re not giving them full credit. When you believe in God, you’ve got to believe in the all-powerful God. He’s not just God, He’s the all-powerful God and He has total control over everyone’s life. The Devil, on the other hand, is a real character that’s trying his hardest to tear your life apart. If you believe that this is just mythology, you’re a prime target because you know that’s exactly what Satan wants: To be a myth. But he’s not a myth, of this I’m totally convinced. More than anything in the world, I’m convinced of that.”

“Drinking beer is easy. Trashing your hotel room is easy. But being a Christian, that’s a tough call. That’s rebellion.”

“We have to make a choice. And everybody, at some point in their lives, has to make that choice. When people say, ‘How do you believe this? Why do you believe this?’ I just say nothing else speaks to my heart. This doesn’t speak to my intellect, it doesn’t speak to my logic — it speaks right to my heart and right to my soul, deeper than anything I’ve ever thought of. And I totally believe it. That being said, I’m not a very good Christian. I mean, none of us are ever ‘good’ Christians. That’s not the point. When you’re a Christian, it doesn’t mean you’re going to be good; it means you’ve got a harder road to pull.”

“As a Christian, I don’t declare myself as a ‘Christian rock star’. I’m a rock performer who’s a Christian. ‘Alice Cooper’ is the guy who wants to entertain the audience – it happens that he’s a Christian. Alice (the character I play on stage) began life as a villain and he remains one. There’s a villain and a hero in every Shakespeare play. Alice is no more dangerous than a villain in a cartoon or a Disney film. We have fun with him. He snarls and wears make up. He’s punished for his crime and he comes back on the stage in white top and tails. We put on a good show. I’ve always put limits on Alice because I believe there’s a certain amount of Alice that’s a gentleman. He’d slit your throat, but he’d never swear at you. And there’s always a punchline; he may kill you, but he’ll slip on a banana peel. I get right-wing Christians down on me and I always ask them the question: ‘If I was doing Macbeth, would it be OK?’ And they always say that’s Shakespeare so of course. I say that’s about four times more violent than anything I do on stage.”

Interestingly, Cooper’s father converted to Christ and became a pastor later on his life. Cooper’s wife’s father was a Baptist pastor. Apparently, Cooper and his wife got Christian counseling when they were dealing with intense alcoholism.

Alice’s book, Golf Monster, explains how he exchanged one addiction (alcohol) for another (golf). In it, he talks about how he became a Christian.

Cooper attends a Bible study regularly when he’s not touring. And he’s been writing songs that express his faith.

Grand Canyon University in Phoenix decided to award Cooper with an honorary doctorate. Grand Canyon used to be a Southern Baptist college, but it’s now a non-denominational Christian school.

The school awarded Cooper because of his work with troubled teenagers. Cooper helped build “The Rock” —  a building which is an extension of Cooper’s Solid Rock Foundation. Cooper says that he wants The Rock to be a place of “safety for kids who otherwise might have nowhere to go.” The Rock has Christian counselors and, according to Cooper, “no-one who just wants to play ball will be beat over the head with a Bible.”

I have a lot of respect for Cooper.

March 25, 2017 New Book on the Eternal Purpose
Recent Comments
54 Comments | Leave a Comment
"As of this date - Nov. 10, 2020 - millions haven't "moved on" -- they ..."
Frank Viola Can Trump Defy Gravity & Regain ..."
"In response to the question about the possibilities of Trump ascending to a second term ..."
Christiane Smith Can Trump Defy Gravity & Regain ..."
"Jesus new covenant blood is the most potent unifying force on planet earth. The Cross ..."
John Campbell George Floyd and More Screwball Conspiracy ..."
"I'm surprised there have been no comments on this. I understand what Jim is saying. ..."
Kostya2 GENESIS 3 CHRISTIANITY and My Journey ..."
Browse Our Archives
get the latest from
The Deeper Journey
Sign up for our newsletter
POPULAR AT PATHEOS Evangelical
1

Why Churches Go Woke: They Deny...
The Chorus In The Chaos
Related posts from The Deeper Journey

Evangelical
Reading the Bible in 3D
The Deeper Journey

Evangelical
The Unsearchable Riches of Christ
The Deeper Journey

Zondervan Story of God Commentary Sale (OT Commentaries)...
Zondervan is running a great commentary sale, grab these OT volumes at...
view all Evangelical blogs
What Are Your Thoughts?leave a comment
Copyright 2008-2021, Patheos. All rights reserved.